Meat and poultry plants continue to close because of COVID-19 as fears grow of possible shortages.

Tyson Foods shut down its pork plant in Logansport, Ind., Saturday so 2,200 employees can be tested. Smithfield also has shut down its pork plant in Monmouth, Ill., and cases have been reported at meat plants and food processing facilities in North Carolina, including at the Smithfield plant in Tar Heel, one of the world’s largest pork production plants. Jennie-O shut down two turkey plants in Minnesota, and 2 million chickens were killed in Delaware in Maryland because not enough workers were showing up at an unnamed processing plant.

Take note: OSHA and the CDC have issued guidance to meat packing plants for protecting workers from the virus. Read our report here.

On Capitol Hill: Democratic and Republican lawmakers called for action from the federal government. Democratic Sen. Amy Klobuchar and Republican Mike Lee asked USDA, the CFTC and Justice Department to “investigate the vulnerabilities” in livestock markets, which have seen “producers’ margins fall to unsustainable levels while packers’ margins increased.”

“There have also been allegations of potential market manipulation or anticompetitive conduct,” the senators said.

House Democrat Jim Costa, meanwhile, wrote to Ag Secretary Sonny Perdue “after reading the tragic media reports” of a second Food Safety and Inspection Service inspector dying of COVID-19. He said he was “troubled” by an April 9 FSIS memorandum telling inspectors they would have to buy or make their own masks — reimbursable up to $50. Costa wants to ensure frontline food workers and inspectors have proper PPE.

That’s not all: A “Jane Doe” at Smithfield’s Milan, Mo., pork plant and the Rural Community Workers Alliance have sued, alleging unsafe work conditions. Smithfield vigorously denied the claims, calling them “without factual or legal merit” and saying they include “claims previously made against the company that have been investigated and determined to be unfounded.”

APHIS assistance: USDA’s Animal and Plant Health Inspection Service is setting up a National Incident Coordination Center to help producers who cannot get their animals to market as a result of processing plant closures due to COVID-19. Going forward,  APHIS’ Coordination Center, state veterinarians, and other officials will help identify potential alternative markets if a producer is unable to move animals, and, if necessary, advise and assist on depopulation and disposal methods.

A bipartisan group of House members, many of them members of the Ag Committee, are proposing to put $50 billion into the next coronavirus relief bill for payments to farmers.

That’s a staggering request, more than double what was included in the CARES Act, and is obviously meant to be a starting point in negotiations. But it reflects the feeling in parts of agriculture that the $19 billion aid package USDA is developing won’t be enough, even with the additional $14 billion that will become available in July.

Sources tell Agri-Pulse there doesn’t appear to be a similar proposal in the works in the Senate. However, Senate GOP Whip John Thune of South Dakota tells Agri-Pulse lawmakers may consider additional funding.

Asked if the next coronavirus aid bill would have more for agriculture, Thune said this: “My guess is that there will be requests, and probably if there is another phase of this there is probably going to have to be some additional money put into the pipeline to deal with it.” 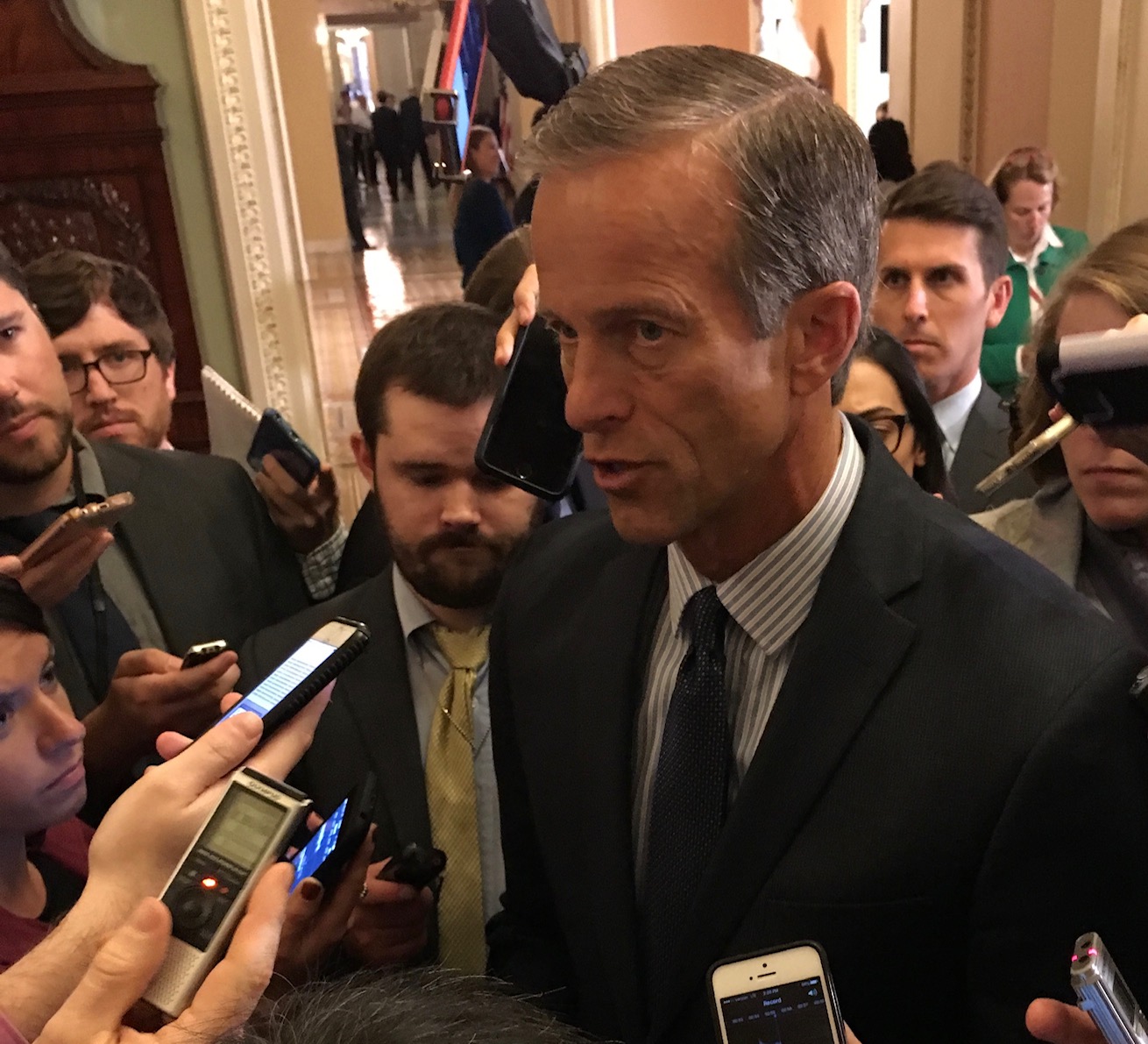 Thune doesn’t believe USDA has made final decisions on the payment rules, including the date used to calculate losses. But he said he hopes to see signup start in early to mid-May, with payments going out in late May to June.

One of the outstanding issues is how payments will be split among eligible row crops. University of Illinois economist Nick Paulson has come up with one plausible breakdown based on how prices have dropped for the major commodities. His estimates: $2.6 billion in payments for corn, $825 million for soybeans, $320 million for cotton and $155 million for other, unspecified crops.

Paulson’s analysis is based on USDA’s reported plan to base the payments on 85% of the price loss before April 15 and 30% afterward.

By the way: Twenty-eight senators have signed a letter to President Trump in opposition to payment limits on the direct payments. The payment caps “would severely restrict the program’s effectiveness for many family-owned farms and ranches across the nation,” the senators write.

Mexico’s economy is taking a hit from the COVID-19 pandemic, but analysts at USDA’s Foreign Agricultural Service are expecting demand for meat to remain strong, pushing soybean imports even higher.

“Although all economic indicators point to serious problems ahead for Mexico’s economy, demand for oilseeds, mainly soybeans, is expected to withstand this global economic deceleration due to the relative inelasticity of food demand,” FAS says in a new analysis.

Row crop producers across the western plains, but not those east of the Mississippi River, will have ideal planting conditions this week.

“We’ll see rainfall totals that could top an inch in some areas,” USDA Meteorologist Brad Rippey tells Agri-Pulse. He says eastern producers can write off Tuesday through Thursday as a storm system inches across the Midwest.

In the West, Rippey says states from the Dakotas south through Kansas are expecting sunny skies and highs in the 70s and 80s for several days.

There was mixed planting progress last week and Rippey says it should show in USDA’s Crop Progress report released this afternoon.

“The economic mobility and access to the modern economy of Americans should not be determined by their zip code,” says a letter led by Democratic Reps. Abigail Spanberger of Virginia, Stacey Plaskett of the U.S. Virgin Islands, and Republican Rodney Davis of Illinois.

The Netherlands is famous for its french fries. The Dutch ship their frozen, ready-to-fry spuds around the world where they are featured on menus in restaurants from Italy to Argentina — or at least they did before the COVID-19 pandemic and people stopped eating at restaurants.

Now Dutch freezers are full of the pre-fried product and warehouses are bursting with about 1.5 million metric tons of potatoes, according to a new report from USDA’s Foreign Agricultural Service.

The Dutch government is offering the equivalent of about $54 million to help out potato farmers, who estimate they’ve lost as much as $241 million because sales of frozen french fries dropped by as much as 70%.