Home » Daybreak: California’s water future will be decided by courts, as lawsuits pile up
WEST

Daybreak: California’s water future will be decided by courts, as lawsuits pile up

California’s water future will be decided by courts, as lawsuits pile up

Representing 27 agencies, the State Water Contractors were the latest to file a lawsuit against the Newsom administration yesterday over the state’s new Delta plan.

Specifically, the suit targets how the state performed its environmental impact report to procure an incidental take permit for operating the State Water Project. This allows the state to decouple its operations from the federal Central Valley Project.

In case you forget: The Metropolitan Water District of Southern California, the largest member of the State Water Contractors, filed its lawsuit over the state plan earlier this month.

Newsom and environmental groups are also separately suing the federal agencies over the biological opinions, while the feds are suing the State Water Board both over its Bay-Delta Plan and its wetlands policies.

A group of House Democrats supported Newsom in his lawsuit through a joint letter this week. Interior Secretary David Bernhardt wrote his own letter to Senator Dianne Feinstein pointing a finger at Newsom for suing first, calling the litigation “ill-founded and potentially unlawful.” 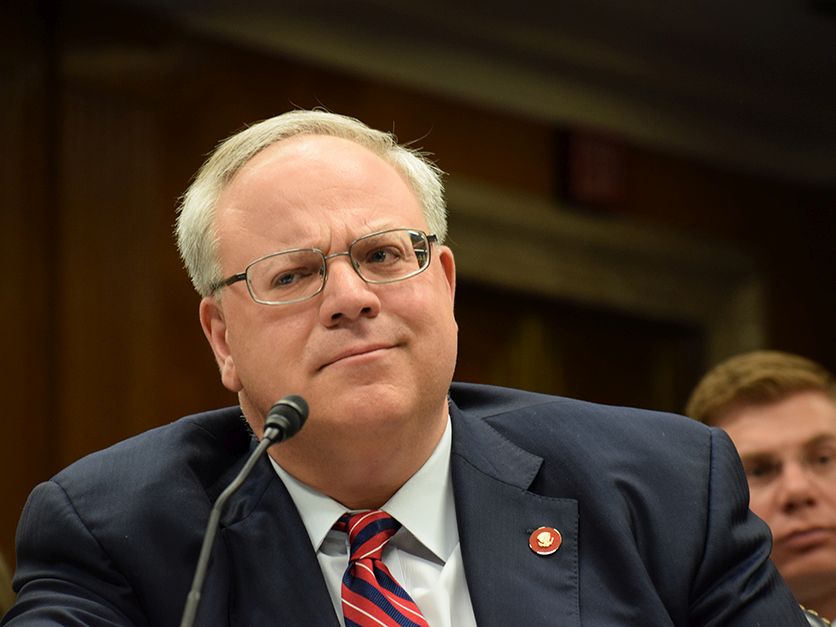 Newsom gives a bump to farm purchases for food banks

The administration is moving $2 million in USDA block grant funding to its Farm to Family program and tapping wealthy donors for more. Gov. Newsom said yesterday he hopes to raise $15 million in total.

The goal is to deliver 21 million pounds of food each month to food banks statewide. The current pot includes another $800,000 in USDA funding and nearly as much from Kat Taylor, CoBank and an anonymous donor. Taylor will be leading the effort to raise more philanthropic funding.

“We thank our farmers for stepping up to donate fresh produce to our food banks,” said Newsom.

The Western Growers Association thanked Newsom and CDFA Secretary Karen Ross for boosting the program, noting how hard the shuttering of restaurants, hotels and other venues has hit farmers. WGA members have “more than doubled” donations of fruit and vegetables during the last two months, according to WGA President Dave Puglia.

The COVID impact to specialty crop producers is an estimated $5 billion.

Ross has also been working with Foster Farms, Grimmway Farms, the California Rice Commission, Sunkist, the National Dairy Association and others. The program has expanded by more than 200 participating farms, in addition to the previous 128.

On the note of PPE, Newsom said the state received nearly three million surgical masks this week, part of which will be going to farmworkers and other essential employees.

The administration also secured a USDA waiver allowing CalFresh to allocate maximum benefits to recipients throughout May. 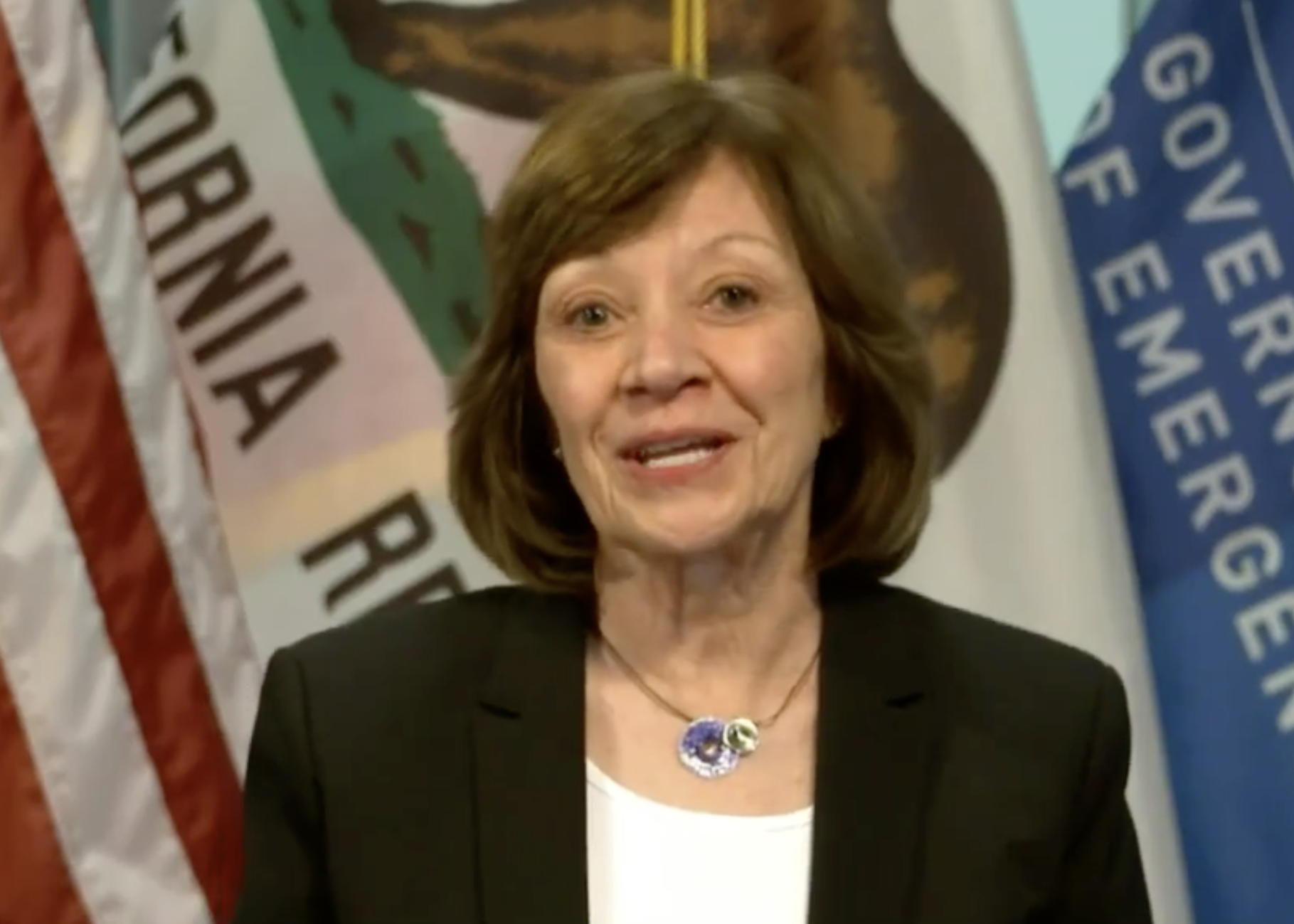 USDA is using its authority under President Donald Trump’s new executive order to require meat processors to prove that they are taking proper steps to curb coronavirus outbreaks.

In a statement to Agri-Pulse Wednesday evening, USDA said companies will have to “provide written documentation of mitigation plans for review” by a USDA-led team that will include representatives of the Labor Department and the CDC.

The officials will “swiftly review” the documentation provided with the state and local authorities to resume and/or ensure continuity of operations at these critical facilities.”

Keep in mind: The order also seems to give USDA some authority to procure personal protective equipment and COVID-19 tests, something everyone in the food supply chain has struggled to get. The department didn’t say what it would do about that.

John Dillard, an attorney with OFW Law, believes the order authorizes Agriculture Secretary Sonny Perdue “to acquire PPE, face coverings, and potentially testing capabilities to food plants. We should be hearing more about that in the coming days.”

The COVID-19 pandemic is interfering with the implementation of the “phase one” trade deal, but China remains committed to living up to promises made in the pact, including billions of dollars’ worth of agricultural purchases, a senior official at the Office of the U.S. Trade Representative said.

USTR has been “talking steadily with the Chinese to make sure that they stay on track to make the purchases,” the official told reporters.

China may be making assurances, but the country will have to import a lot more soybeans, sorghum, wheat, corn, pork and other commodities at a much quicker pace to meet its promised goal of buying $36.5 billion worth of ag goods by the end of the year, former USDA Chief Economist Joe Glauber said Monday. Chinese data shows the country only imported $5 billion worth of ag products in the first quarter.

Environmental groups, including the National Wildlife Federation and Defenders of Wildlife, are challenging the newly published Navigable Waters Protection Rule, calling it “an unlawful interpretation that contradicts the very purpose of the Clean Water Act.”

The rule, hailed by a broad collection of industries, including agriculture, does not include an analysis of its effects on water quality, the groups said. Nor, they said, did EPA and the Army Corps of Engineers give the public a meaningful opportunity to comment. The rule replaces the Obama-era “waters of the U.S.” rule, best known as WOTUS.

“The agencies provided just 60 days for public comments despite proposing a definition that reverses more than 40 years of protections for waters across the country, discards the agencies’ long-standing interpretations of Supreme Court case law, and introduces complex definitions that require technical expertise to analyze,” the lawsuit said.

The suit was filed in federal court in South Carolina.

The Treasury Department will allow seasonal employers such as farms to use a broader time frame to calculate the maximum loan amount they can get under the popular Paycheck Protection Program.

The size of the forgivable loans is tied to the employer’s average payroll. A new rule gives seasonal employers the option of calculating the average using any consecutive 12-week period between May 1, 2019 and Sept. 15, 2019.

The change means that “if your payroll costs are much higher in the summertime to harvest your crops, you will qualify for a larger PPP loan,” says Paul Neiffer, a CPA at CliftonLarsonAllen in Walla Walla, Wash.

“However, until we get final guidance on whether you need to spend at least 75% on labor costs to get any forgiveness, you may want to tailor your loan request to the amount that you feel comfortable spending during the 8-week forgiveness period,” he advises.

Take note: The Trump administration has given small banks a temporary leg up in filing PPP applications. From 4 p.m. EST until midnight Wednesday, SBA only accepted loans from lending institutions with asset sizes less than $1 billion.

"I just got off the phone with the biggest in the world, the biggest distributors there are, the big companies you’ve been reading about. They are so thrilled, they are so happy, they’re all gung-ho, and we solved their problems. We unblocked some of the bottlenecks.” - President Trump, talking to reporters after a phone call with farm and agribusiness leaders.