Packing plants shuttered by the COVID-19 pandemic are mostly up and running once again, which is placing a new focus on testing and the availability of personal protective equipment to keep their doors open.

The White House said Friday it is encouraging testing of all meatpacking employees. "What we’re asking [states] to do is proactively go and test everyone in meatpacking plants," said Deborah Birx, Coronavirus Response Coordinator for the White House Coronavirus Task Force. She said gauging the success of testing is not about the number of tests being done, but making sure they're done "in areas that you know are particularly susceptible to outbreaks."

Birx stressed the importance of testing in order to find asymptomatic cases — those where people are carrying the virus without showing outward signs of having COVID-19. The Centers for Disease Control now says its best estimate is that 35% of people with COVID are asymptomatic. Birx said the initial assumption was much lower — 11% to 15%.

A new document from food and agriculture regulators could make it easier for the facilities to access PPE, which many worry could be in short supply as the economy begins to reopen after months of stay-at-home protocols. The Food and Drug Administration and USDA are recommending that supplies be made available first to hospitals and health care workers and next to companies in the food and ag sector as well as other segments of the economy deemed critical infrastructure.

In a document issued Friday, FDA and USDA said when ordering PPE, food and ag companies can identify themselves "as members of one of the critical infrastructure sectors, specifically the Food and Agriculture Sector" and include a copy of the document, "which reflects both the scarcity of, and need for, PPE, cloth face coverings, disinfectants and/or sanitation supplies within the Food and Agriculture Sector."

Increased testing for COVID-19 is occurring at meatpacking plants as they implement reopening plans, but that doesn’t mean companies are requiring tests of all employees before they can return to work.

Instead, the firms are working with states and local authorities to allow expanded testing at facilities where outbreaks have been detected, often after pressure from local governments and unions who represent plant workers.

Tyson is “rolling out advanced testing capabilities and enhanced care options” through Matrix Medical Network at 30 facilities throughout the country, "prioritizing communities with a higher prevalence of COVID-19," Tyson spokesperson Liz Croston said.

Results have started to come in: At its Wilkesboro, N.C., poultry plant, 570 of 2,244 employees and contractors tested positive, "the majority of whom did not show any symptoms and otherwise would not have been identified," Tyson said in a news release.

Tyson is sharing test results with health and government officials and employees "as part of our efforts to help communities where we operate better understand the coronavirus and the protective measures that can be taken to help prevent its spread."

CDC and OSHA criteria for meatpacking plants largely emphasize screening and social distancing measures and do not require testing, which unions and lawmakers are pushing for.

"To achieve universal testing at all meatpacking plants, companies and elected leaders must fix the patchwork of local laws and lack of testing supplies that is holding so many facilities back," the United Food and Commercial Workers International Union said.

A group of 29 Democratic senators also is pushing for access to testing, writing to Agriculture Secretary Sonny Perdue May 15 that plants should not only follow CDC and OSHA guidance for social distancing and personal protective equipment, but should also have “comprehensive testing.”

States are reopening for business, and widespread testing is considered crucial to do so safely. Public health experts have said much more testing and contact tracing is needed in order to track and contain the coronavirus that causes COVID-19. 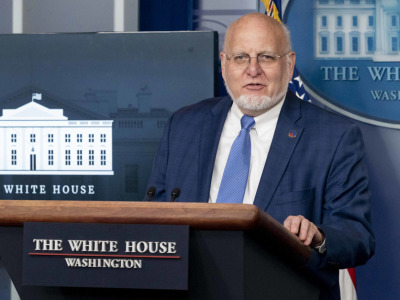 The guidance was quickly followed by an April 28 Executive Order from President Donald Trump directing Agriculture Secretary Sonny Perdue “to ensure that meat and poultry processors continue operations consistent with the guidance for their operations jointly issued by the CDC and OSHA.”

USDA did not dispute the accuracy of the quote, but a spokesperson said that “since the EO was signed, USDA has worked collaboratively with establishments as well as the CDC, HHS, and state and local authorities to provide the resources needed, including testing capacity and technical support, to resume or maintain operations.”

At beef giant JBS’s Greeley, Colo., plant, the company began offering testing to all employees May 11, not just to those who were exhibiting symptoms, fulfilling a pledge it originally made about six weeks ago. According to the state of Colorado, 264 employees have tested positive. Eight also have died at the plant, which was closed from April 13-24.

The Greeley local chapter of the United Food and Commercial Workers International Union “strongly” recommended all employees get tested. The state had stepped in last month to test about 1,000 workers after JBS started, but then stopped, testing.

JBS said it is "constantly evaluating the situation at all our facilities, and we follow all CDC and OSHA issued guidance around safety and social distancing. We collaborate with local, state and public health officials to determine the best ways to prevent the spread of COVID-19 and keep the virus out of our facilities."

The company's current testing protocols require quarantining any employees who test positive. "In Greeley, we took the more aggressive action to voluntarily close the plant, assuming the entire workforce was positive and subject to quarantine," JBS spokesperson Nikki Richardson said. "Public health officials agree this is the most effective way to break the chain of infection." She added, "Team members have had multiple opportunities to be tested."

Other major manufacturers also have stopped short of requiring testing. Hormel, for example, told Agri-Pulse, “As testing availability has evolved in many locations, we have been able to move more swiftly to encourage team members to get tested. Increased testing also means the likelihood of more positive test results, but we believe this is in the best interest of our staff and our communities.”

Smithfield said it “is working closely with a combination of local health departments and private labs to make testing available for free to all employees across our facilities.” The company announced the closure of its Sioux Falls, S.D., plant April 12 amid a COVID-19 outbreak there, and its partial reopening May 6. Two workers have died.

Smithfield has not made testing mandatory, but at a “mass testing event” coordinated by state officials in Sioux Falls, about 3,600 employees and family members were tested, with nearly a quarter testing positive.

Meanwhile, the food industry, which previously has emphasized the importance — and difficulty — of obtaining adequate personal protective equipment, has made a pitch for more testing resources.

In a recent letter to Vice President Mike Pence, a group of associations including the American Bakers Association, American Frozen Food Institute and National Grocers Association asked him to prioritize testing for member companies, saying “the current inconsistencies in testing approaches from state to state and between localities have resulted in the need to downscale or shut down operations altogether.”

“If essential workers that are asymptomatic carriers for the COVID-19 virus are not identified through testing — particularly in communities with active transmissions — they may unknowingly infect those in their communities, including their fellow employees,” the groups said. They stressed that they were not trying to jump the line ahead of health care workers. 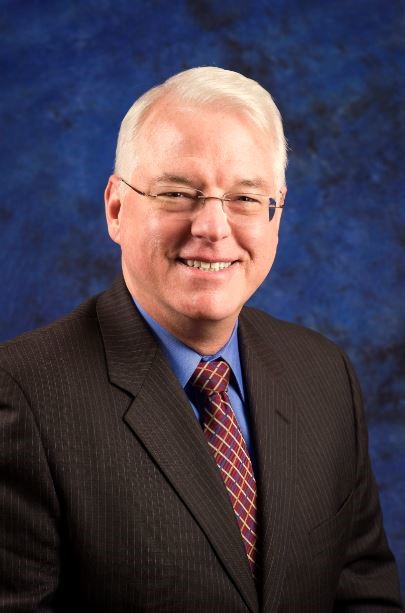 "We have heard from probably five or six companies that want to include testing in their toolbox, and they're having challenges getting access to testing," said Robb MacKie, president of the American Bakers Association.

MacKie stressed the need to test asymptomatic carriers. “We want to get our hands around that so that you can then take steps to protect not only that employee, but the employees that they might come in contact with,” he said.

“My guess is as time goes on, the capability, the reliability and the availability [of tests] will go up dramatically,” MacKie said.

In addition, MacKie emphasized the importance of having reliable testing, pointing to the potential for “false negatives,” where a person turns out to have the virus after testing negative.

Such a scenario apparently occurred in the White House, where Pence’s press secretary, Katie Miller, tested positive after previously testing negative. The test was conducted using Abbott Labs’ IDNow test, which can return results in minutes but has a false negative rate of about 15%, according to National Institutes of Health Director Francis Collins.

“If you're in a circumstance where you really, really don't want to miss a diagnosis of somebody who's already carrying the virus, you'd like to have something that has a higher sensitivity than that,” Collins said. “And I know they're working on how to make that happen.”