“That may still be the peak but it’s flattened out a little bit more,” Romano said. “There is more utilization throughout the day, which is why the overall numbers are up as much as they are.”

Jonathan Spalter, president and CEO, US Telecom-The Broadband Association, said his organization is monitoring network capacity closely and noted the U.S. is doing better than other countries.

“As the world shuts down, the U.S. internet remains open. We’ve demonstrated that Americans can count on their network if they are connected to it,” Spalter said during a Senate Commerce Committee hearing last week. 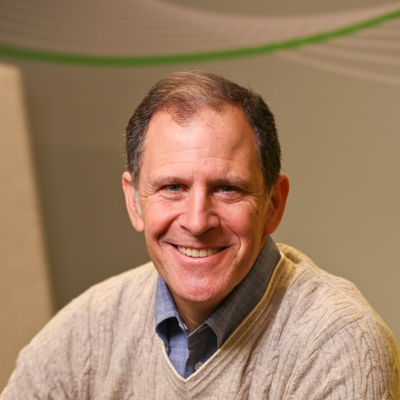 According to U.S. Telecom data as of May 8, the average traffic increase over baseline numbers has trended downward for three consecutive weeks after reaching a high of 27% on April 16.

Federal Communications Commission Chair Ajit Pai told the House Commerce Subcommittee Tuesday one reason the networks have been able to handle the traffic increase is because of investments and improvements in broadband infrastructure in recent years.  “Since 2016, for example, Internet speeds are up over 80%. The percentage of homes with access to 250 Mbps broadband has doubled, and we broke records for fiber deployment in each of the past two years,” Pai said.

He continued by noting the FCC took “targeted actions” to boost the performance of wireless networks by granting several wireless providers Special Temporary Authority to use addition spectrum to meet customer demand for mobile broadband. “Just last week, new independent data was released showing faster download speeds in April for carriers using this spectrum, even with increases in traffic,” he said.

“It depends on who they are asking and where that provider provides service as to whether the networks are holding up,” Dunning said.

Since people began working from home where she lives in Columbia, Mo., her internet download speed has been 2.5 megabits per second. She said minimum download speed is usually at 10 megabits, with a 1-megabit-per-second upload. Government broadband infrastructure construction programs typically call for 25/3 speeds, about 10 times faster service than Dunning's current download speeds.

Dunning said she cannot dispute that overall network capacity is strong, but it cannot be taken literally for every customer.

During the hearing, both Spalter and NTCA CEO Shirley Bloomfield, who also testified, said Congress should look at short- and long-term solutions to help providers.

Bloomfield said in the near term, Congress can act by making sure people who are not connected get connected, and those who are connected can stay connected.

In the longer-term, she said there needs to be "a coherent and coordinated national broadband infrastructure policy so that we are not back here again someday, staring at the next crisis and wondering why some customers lack broadband altogether, why other customers have unreliable access that does not enable effective use of virtual private networks or distance learning platforms, and why still other customers might have access to robust, future-proof networks but lack the ability to afford services atop those networks.”

As many of their customers feel a financial pinch from lost income due to the pandemic, providers are also seeing their finances stretched.

Last Thursday, Federal Communications Commission officials said some 774 broadband and telephone providers have signed the agency "Keep Americans Connected" pledge, which has been extended from May 12 to June 30.

By signing the pledge, companies must commit to not terminate service for residential customers or small businesses because of inability to pay bills due to disruptions caused by coronavirus. Providers must also pledge to waive late fees and open Wi-Fi hot spots to people who need them.

But while the FCC pledge is great for customers, Romano said some providers can only do it for so long.

He echoed what Bloomfield said in the hearing: Providers are doing everything they can to keep everybody’s internet lights on, but they are struggling to keep their own lights on.

Bloomfield said an increasing number of customers are becoming unable to pay for service and NTCA members are concerned about their ability to repay loans and buy critical supplies like routers, fiber or backbone access to the internet. She said finding PPE for workers in the field is also a challenge.

In light of the pandemic, some businesses are making their Wi-Fi publicly available. One such entity providing Wi-Fi access in rural communities is Land O’ Lakes, a farmer-owned cooperative based in Minnesota.

Around a year ago, the cooperative started the American Connection Project, an advocacy effort to ensure rural communities have access to broadband. The cooperative is allowing people to use its Wi-Fi connection at offices and retail locations by pulling into their parking lot.

“You could set in your car with a nice good social distance and then take advantage of those capabilities,” Teddy Bekele, Land O’ Lakes chief technology officer and head of the Federal Communications Commission's Rural Broadband Task Force, told Agri-Pulse. He said the COVID-19 crisis has exacerbated the problem of finding adequate internet access in rural communities.

“Kids can’t go to school and now they have to do their schoolwork online. Well, if you don’t have good access to good internet or no access to internet, that becomes nearly impossible,” he noted.

As of now, he said the company has almost 150 locations across 14 states providing guest Wi-Fi access. Bekele said the cooperative sees broadband as an essential need for life going forward.

“Whether it is for education purposes, telemedicine purposes, rural economic development or just a way to connect with loved ones, we see that every single household should have that,” he said.