Tim Hammerich has joined Cogent Consulting and Communications as senior director of strategic communications. Hammerich is the founder of AgGrad, a career development resource for agricultural professionals. According to Hammerich, he is no longer offering recruitment services and has shifted his attention to content creation and consulting full time.

Raley’s has brought on Jen Warner as the new chief administrative officer, overseeing the company’s food safety, sustainability and other programs. Most recently, Warner was vice president of legal at Columbia Sportswear Co., and also was chief development officer at Asheworks Inc. She also worked as the global chief compliance officer and general counsel of the Americas at XPO Logistics.

Terra Exports has hired Laura Peternostro as its new chief financial officer. Peternostro will work as a liaison between leadership and sales on financial strategies, focused on maximizing sales growth while limiting risk. She most recently was director of treasury operations for On Your Mark Inc. 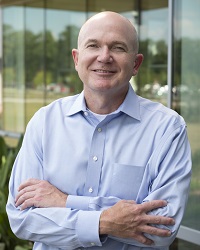 Syngenta is changing leadership roles to further support the firm’s growth in North America and around the globe. David Hollinrake, currently Syngenta's regional director of North America Seeds, will be appointed to a new position as head of global seeds strategy and portfolio. In his new role, Hollinrake will lead long-term strategy development and planning for the global seeds business to continue to deliver increased choice and innovative products for growers, with a primary focus on the important U.S. seeds market. Justin Wolfe, currently regional director for Europe, Africa and Middle East (EAME) Seeds, will be appointed regional director North America seeds. Justin joined Syngenta in 2018 and has over 26 years of agricultural industry experience. Prior to joining Syngenta in 2018, Justin was with Monsanto for over 20 years, most recently as vice president Europe and Middle East commercial operations. The Syngenta EAME Seeds region will now be led by Gaël Hili, currently Syngenta crop protection head for Eastern Europe. All appointments will be effective June 15. To read more about Syngenta’s leadership changes, click here

World Trade Organization director-general Roberto Azevêdo is stepping down from the helm, effective Aug. 31. He is leaving the position one year early, but has served seven years as the director-general.

The American Egg Board has tapped Emily Metz, former chief of staff at the National Milk Producers Federation, as the new president and CEO, taking over at the helm beginning in June. She most recently worked for the U.K.-based Genus Plc, as the head of global research and development communications and new product marketing. To read more on Metz’s career, click here.

Phil Karsting has joined Olsson Frank Weeda Terman Matz PC (OFW Law) as a senior policy adviser for the agriculture policy team. He most recently served as the vice president for public policy at the World Food Program, USA. He has also served as the administrator of the Foreign Agricultural Service at USDA. He worked on Capitol Hill and served as the chief of staff to Sen. Herb Kohl, D-Wis., former chairman of the Senate Agriculture Appropriations Subcommittee.

Jessica Robinson has joined HLK's strategic communications team to help work on the portfolios for Channel, Bayer's Regional Brands and the Environmental Science unit of Bayer. Robinson has built strategy and managed tactical teams in industry, government and associations, both as in-house leadership and an expert consultant. HLK is a creative and technology agency focused on understanding and changing behavior through deeply integrated brand experiences born out of customer insight. 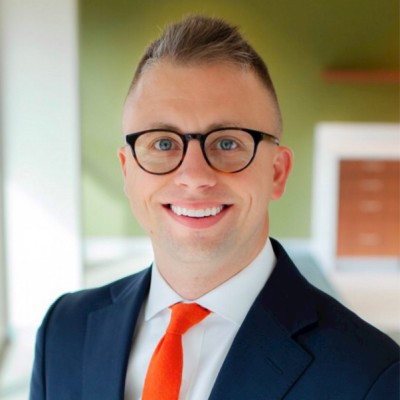 Britt Aasmundstad has joined the Land O’Lakes team as the new manager of government and industry relations. Aasmundstad previously worked for the National Association of State Departments of Agriculture as an associate director of public policy.

Ways and Means Chairman Richard Neal, D-Mass., has brought on Kelly Marie Fay Rodríguez to the Trade Subcommittee staff to help work on the implementation of the U.S.-Mexico-Canada Agreement (USMCA). Fay Rodríguez previously served as the Bangladesh deputy country program director for the Solidarity Center, after working as a program officer supporting the Solidarity Center’s efforts to monitor labor conditions, trade union organizing, and labor-related issues in Mexico and the countries of the South Andes.

UPL has promoted Brian Ahrens to head of U.S. ag sales. He previously was the lead for the professional products team. Ahrens succeeds Brian Cardin, who requested to step aside from his position after nearly 10 years of leading the U.S. sales team. Cardin now leads the key account manager team.