Shuttered bars, restaurants, and food courts across the country are slowly opening back up, but experts say it could take years before they’re experiencing pre-pandemic levels of business.

Shortly after the coronavirus pandemic spurred state and local governments nationwide to close restaurants to onsite dining, challenges in the supply chain became readily apparent. Dairy producers began dumping milk as orders from foodservice customers dried up. As the virus spread to processing plants, hogs couldn’t be processed, forcing the humane destruction of thousands of animals. Beef processors also began shutting down, forcing producers to enter the queue and wait to send their cattle to market.

The tide is again shifting as food processors refit their operations for social distancing, and restaurants throughout the country reopen their doors — or at least their patios — to consumers, allowing parts of the idled supply chain to slowly start moving again. However, analysts expect a recovery in food demand at foodservice to take months, if not years.

According to a recent report by Rabobank, the worst of COVID-19’s impact on U.S. foodservice is over, and sales declines are expected to moderate, from being down 50% at peak to down 12% to 14% over the next 12 months. “We expect this recovery to continue to strengthen and sales to return to pre-COVID-19 levels by mid- to late 2022,” the report states.

Amit Sharma, senior consumer trends analyst at Rabobank, notes restaurants account for 85% of total foodservice sales, with the remaining 15% coming from other sectors, such as schools, cafeterias, and large events. Food demand from mass gatherings, such as concerts, conferences, and sporting events, remains on hold. Demand from schools also remains uncertain, and even the restaurant recovery will be uneven.

“It will be a longer trip back for the independents. People sitting down in a restaurant to eat is something that will take longer to come back,” Sharma says.

Some of the more permanent structural changes in restaurants going forward will include converting some restaurants to takeout and delivery only, exiting enclosed shopping malls, increasing automation, and providing less expansive menus. “The days of having a 25-page menu are probably over,” Sharma adds. 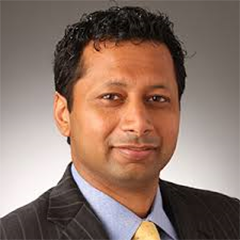 Rabobank’s baseline scenario assumes no relapse in COVID-19 infections this fall. “If an effective vaccine were to become widely available, that would accelerate the recovery timeline,” Sharma says. However, later this year and next, Rabobank’s outlook for foodservice becomes more reliant on the economy, which officially entered recession in February, and less reliant on the virus.

Ernie Goss, economist with the Heider College of Business at Creighton University, says the outlook for the economy will depend in large part on the pandemic. “The number-one factor will be the direction of the virus. Does the infection rate increase?” Goss notes.

Worst-case for the economy, Goss says, would be for the virus to come back with a vengeance. A depression could occur if states shut down businesses again or if consumers themselves decide to quarantine. The best-case scenario would be for an early vaccine. In that case, economic growth could return to 2019 levels.

“If a vaccine comes out, all hell will break loose with consumer spending,” Goss adds. However, until the virus has waned, or a vaccine is developed and deployed, Goss expects restaurants to continue to struggle, as capacity is limited either by regulation or consumers’ reluctance to return to dining out.

From 2014 to 2019, spending on food eaten away from home increased from 50.1% to 53.3%, but the volume of food eaten at home is probably closer to 70%-75% of all food demand, Sharma notes. To entice consumers back to their restaurants, the price inflation seen over the last few years could moderate. “There will be more value-oriented offerings and dollar menu items offered by quick-serve restaurants,” he adds.

An earlier Rabobank report, Catching up with U.S. Food Demand During the Coronavirus Crisis, notes that every 10% drop in spending on food eaten out of the home translates into a 3% increase in spending at retail, meaning total dollars spent on food categories during the pandemic has also shifted. For example, beef, chicken and bacon are eaten in greater quantities at restaurants than at home, while pork is less exposed. About 40% of cheese, or 440 million pounds per month, is eaten away from home.

“Breakfast has been the meal that has suffered the most because people are not driving to work and stopping off for a quick breakfast. Two-thirds of bacon consumption is eaten away from home,” says Don Close, senior animal protein analyst with Rabobank AgriFinance. Demand for chicken wings also fell as sports bars and sporting events shut down.

At the other end of the spectrum, 85% of fresh fruit and vegetables are normally consumed at home, according to Rabobank.

“A different situation exists for frozen potatoes, since 85% of consumption occurs in the foodservice channel,” the report states. “The increase in retail frozen potato sales will not be enough to offset lost foodservice sales.”

Temporary disruptions in food supply chains continue to emerge but not to the degree they did when the foodservice sector suddenly closed, causing panic food buying and retail price spikes. 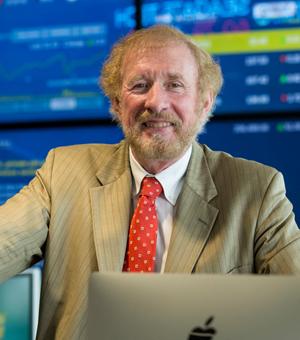 “Consumers went through a period of high prices and out-of-stock items, but given the quality of the product coming, they will be rewarded by an ample supply of product and very attractive prices,” Close says.

Eventually, a good selection of restaurant-quality beef will end up being sold through retail meat counters, and prices for lower cuts will decline.

“It will all clear the market. It will be consumed. It will find a market clearing price,” Close adds. While that might mean that producer prices could fall below where they were pre-shutdown, as supplies normalize later this year, prices will eventually recover to pre-COVID-19 levels.

With nearly 21 million Americans still filing for weekly unemployment checks and daily cases of COVID-19 infections increasing in many states, eating at home will likely be the default for the near-term.

“The American psyche is scared right now, and when you are scared you don’t spend,” Goss says.