Farm Hands on the Potomac: Findlay out at ASA, Rasdall joins IDFA

Ryan Findlay is no longer the CEO of the American Soybean Association. Brian Vaught, who currently serves as ASA’s chief financial officer, will step in as the organization’s interim CEO. Findlay joined ASA two years ago following the departure of Steve Censky, who held the position for more than 20 years before leaving to become the Deputy Secretary of Agriculture. Findlay held numerous positions in farm policy prior to ASA, including stops at Syngenta, Michigan Farm Bureau, and as a staffer in the Michigan legislature. To read more on Findlay’s departure, click here.

President Donald Trump has sent his nomination of William Perry Pendley to be director of the Bureau of Land Management (BLM) to the Senate. Pendley currently serves as deputy director for policy and programs at the BLM. Pendley was president of Mountain States Legal Foundation for 30 years and also practiced law in the Washington, D.C., area. He served in the Reagan administration as deputy assistant secretary of the Interior for Energy and Minerals, and was an attorney to Sen. Clifford Hansen, R-Wyo. 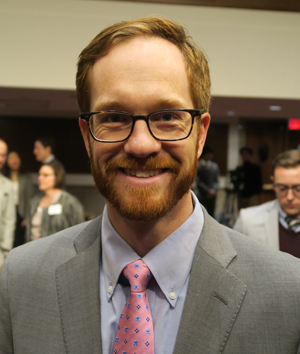 The International Dairy Foods Association (IDFA) has added Becky Rasdall to its legislative affairs team as the new vice president of trade policy and international affairs. Rasdall previously served nine years for the U.S. government, most recently working at USDA as a senior policy adviser in the Foreign Agricultural Service. Rasdall has also worked for ConAgra Foods, the International Food Information Council, and for Congressman Dave Camp, R-Mich.

Josh Jorgensen has joined the National Rural Health Association as the new government affairs and policy manager. He joins the association after working on Capitol Hill as a legislative aide for Sen. Mike Rounds, R-S.D.

Tom Clancy has been promoted to senior legislative assistant for Rep. Mary Gay Scanlon, D-Pa. He covers the issues of appropriations, commerce, energy, environmental protection, foreign trade, public lands and natural resources, and transportation. He previously was a legislative assistant. 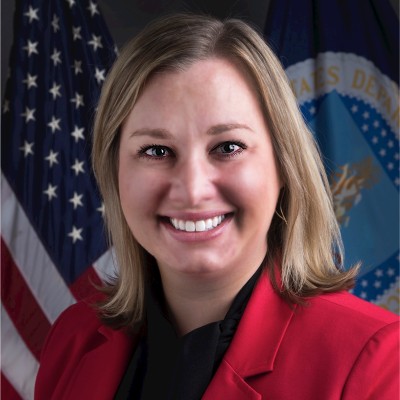 Sean Ryan has moved to the office of Rep. Barbara Lee, D-Calif., to be the new communications director. Ryan previously served as the press secretary for Rep. Earl Blumenauer, D-Ore.

The Donald Danforth Plant Science Center has brought on Stephanie Regagnon to serve as its new executive director of innovation partnership development, effective Aug. 3. Regagnon will work to establish and lead collaborative efforts to develop and maintain business relationships and partnerships for the center. She brings more than 20 years of experience working in the agriculture sector, currently serving as the president and CEO of FieldWatch. Before that, she served in two leadership roles at Monsanto.

The Walton Family Foundation has named Moira Mcdonald as the new director of the environment program, focusing on protecting rivers, oceans, and the communities surrounding them. Mcdonald previously was a senior adviser at the National Fish and Wildlife Foundation where she led efforts on freshwater conservation in the Great Lakes and Mississippi River.

Borden Dairy CEO Tony Sarsam has announced he will step down as head of the milk processor, effective late July. This news comes five months after the company declared bankruptcy. Sarsam has more than three decades of experience in the food industry, including working for PepsiCo and Nestlé. Borden Dairy was recently bought out by Capitol Peak Partners and KKR & Co. Sarsam said the Borden business will remain intact but a new leadership team will be named.

Dine Brands, the parent company of Applebee's Neighborhood Grill & Bar and IHOP restaurants, has chosen Tony Moralejo as the new president of international and global development and Justin Skelton as the new chief information officer. Moralejo previously worked for Church's/Texas Chicken, an international quick service restaurant company. Skelton joined Dine in June 2019 as vice president of IT Infrastructure and Operations and most recently served as Dine’s acting Chief Information Officer.

Royce Bodiford, farm broadcaster and a 61-year member of the National Association of Farm Broadcasting, passed away June 22. He was 83. Royce was television and radio general manager at KOCV and also had a weekly TV show, "West Texas Journal," which he continued after his retirement. Royce was a broadcaster for television and radio and later general manager for more than 45 years. His involvement in NAFB included serving as Chats editor, Mid-South Region Vice President, and 1976 NAFB President. He was named 1976 Farm Broadcaster of the Year and was inducted into the NAFB Hall of Fame in 2014.

Former president of Kent Feeds, John (Jack) May, passed away June 23 at his home in Roseville, Calif. He was 83. The Iowa native had a 42-year career with Kent Feeds and retired as president in 2003. May was a proud father and grandfather and cared for his community, actively serving in many local projects, civic organizations and on industry boards supporting the agriculture industry. He moved to California after the passing of his wife Elaine in 2000 and married Laura Rexroad. She later passed on in 2003. Jack was a strong believer in the importance of post high school education and has established several scholarships. In lieu of flowers, memorials for the Jack May Scholarship fund to support a student from Mineral Point to attend college can be sent to Central State Bank, 301 Iowa Ave, PO Box 146, Muscatine, IA 52761.