President Donald Trump faces a big test of his clout in congressional races today, and so do some farm groups.

In one of the nation’s most important farm districts, Trump is backing former White House physician Ronny Jackson in a runoff against Josh Winegarner, who has the backing of state and national farm groups. The winner will win the GOP nomination and likely to be the next congressman from Texas’ 13th District, which ranks seventh nationally in ag production.

Polls released by groups allied with Jackson have shown him beating Winegarner, an executive with the Texas Cattle Feeders Association and a former U.S. Senate aide.

Trump got on a phone call Monday evening to Jackson supporters. The president talked about energy and guns and mentioned agriculture in passing, saying Jackson "is really amazing for our farmers, our ranchers.”

In Alabama: Former Attorney General Jeff Sessions is trying to win the GOP Senate nomination despite Trump’s support for former football coach Tommy Tuberville, who is leading in the polls.

Republicans Jeff Coleman and Barry Moore are in a run-off election July 14 for the GOP nomination to succeed retiring Rep. Martha Roby. The 2nd District ranks 72nd in ag production.

Trump sours on China, but not trade pact

Trump is still angry at China for its handling of the COVID-19 outbreak and its clampdown on freedoms in Hong Kong, but that isn’t getting in the way of the “phase one” trade deal that is facilitating increases in agricultural trade, according to National Economic Council Director Larry Kudlow.

“The president is not in a good mood about China, nor is anybody in the administration,” Kudlow told Fox Business in an interview Monday. “Having said all that, we are still engaging on the ‘phase one’ trade deal … China said they will implement their side of the deal.”

The House will vote July 22 on the Senate-passed Great American Outdoors Act, which would permanently fund the Land and Water Conservation Act, Democratic leaders announced. The National Cattlemen’s Beef Association opposes the bill but was unable to stop it from getting out of the Senate, and it should have no trouble passing the House.

The House will then take up a package of fiscal 2021 appropriations bills that includes funding for departments and agencies critical to agriculture: USDA, FDA, EPA and the Interior Department. 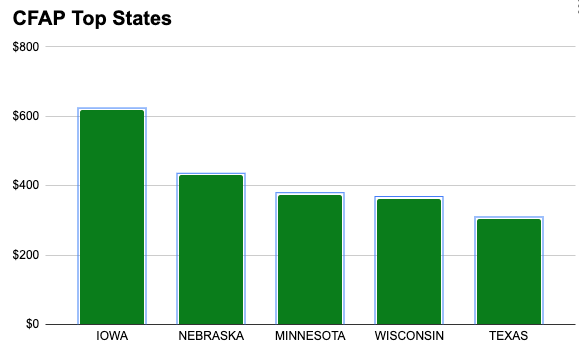 USDA has now paid farmers just under $5.9 billion from the Coronavirus Food Assistance Program roughly midway through the signup period. That’s up from $5.4 billion a week ago.

About $2.6 billion has gone to cattle producers, and $1.2 billion to dairy producers. Corn growers have accounted for just under $1.1 billion in payments.

Signup started May 26 and will continue through Aug. 28.

A lobbyist with the nation’s largest cattle producer organization is optimistic the next coronavirus relief package will provide aid for spring losses.

“Luckily we’ve got a lot of really strong allies in both chambers of Congress, and I think as long as we continue beating the drum, we’ll be able to deliver some success for our producers,” Danielle Beck, executive director of government affairs at the National Cattlemen’s Beef Association told Agri-Pulse.

On June 30, NCBA used a letter to House and Senate leaders to raise concerns about CFAP and other issues. CFAP inadequately covers losses after April 15, which “marked the height of this crisis” for cattle producers, the letter says. 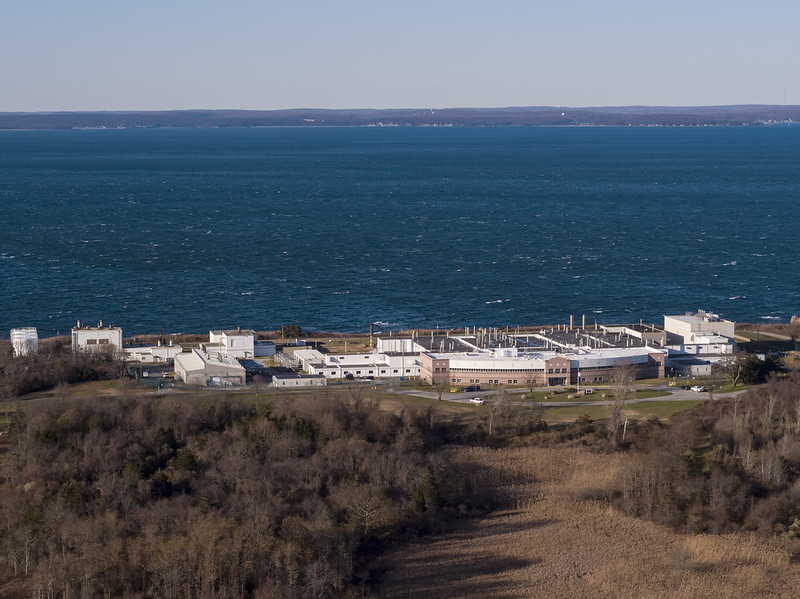 USDA’s Animal and Plant Health Inspection Service is seeking comments on a petition filed by animal health company Zoetis to manufacture a vaccine for foot-and-mouth disease on the U.S. mainland.

Zoetis is setting up a research facility at Texas A&M to develop vaccines for diseases including FMD. Zoetis estimated potential economic damages of an FMD outbreak to the U.S. at $12.8 billion annually and more than $100 billion over 10 years.

The virus the company brought into the country in March was genetically modified so that it would be incapable of becoming infectious, pathogenic, contagious, or of producing clinical or subclinical signs of FMD, APHIS says in a Federal Register Notice published today. The live FMD virus is not allowed anywhere in the country except for the Plum Island Animal Disease Center, located off Long Island, N.Y.

USDA: No cancellation for Vietnam show

“See you in Hanoi!” That’s the message from USDA’s Foreign Agricultural Service about the planned “Food and Hotel Hanoi Trade Show 2020.”

USDA has had to cancel its presence at several trade shows due to concerns over the COVID-19 pandemic, but that won’t be the case for the marketing showcase scheduled for Nov. 25-27 in Vietnam.

The USDA-sponsored “USA Pavilion” at the trade show is designed to create new opportunities for U.S. food and ag exporters to “reach new audiences in the potential market of North Vietnam’s expanding food and hospitality industry.”

Vietnam garnered international praise for the way it handled the pandemic early with severe social distancing measures. The country began lifting those restrictions in late April, allowing hotels and restaurants to reopen.

“While COVID-19 has had far-reaching effects on agricultural trade, consumer demand, and prices, Vietnam has been able to dampen the worst effects of the virus,” FAS said in a recent analysis.

He said it. “Doing nothing is an option that is unacceptable to the American people nor ought it be.” – House Majority Leader Steny Hoyer, D-Md., to MSNBC on prospects for enacting another coronavirus relief bill.