The Department of Water Resources released the first details of the tunnel project earlier in the year. It summarizes the numerous public comments in a 32-page report released last week. Many of the complaints have roots as far back as Gov. Pat Brown’s Peripheral Canal proposal in the 1960s, the inspiration for tunnels.

Democratic Rep. John Garamendi stands out in the report as defending the Delta farmers within his district. He urged the department to instead explore a path further westward, clear of ag lands.

Many commenters were concerned the project could take ag land out of production, impact wells and accelerate saltwater intrusion. They called for an economic impact study before breaking ground.

Other commentators said the conveyance water should not be used for agriculture or should be used only for water-efficient irrigation practices. 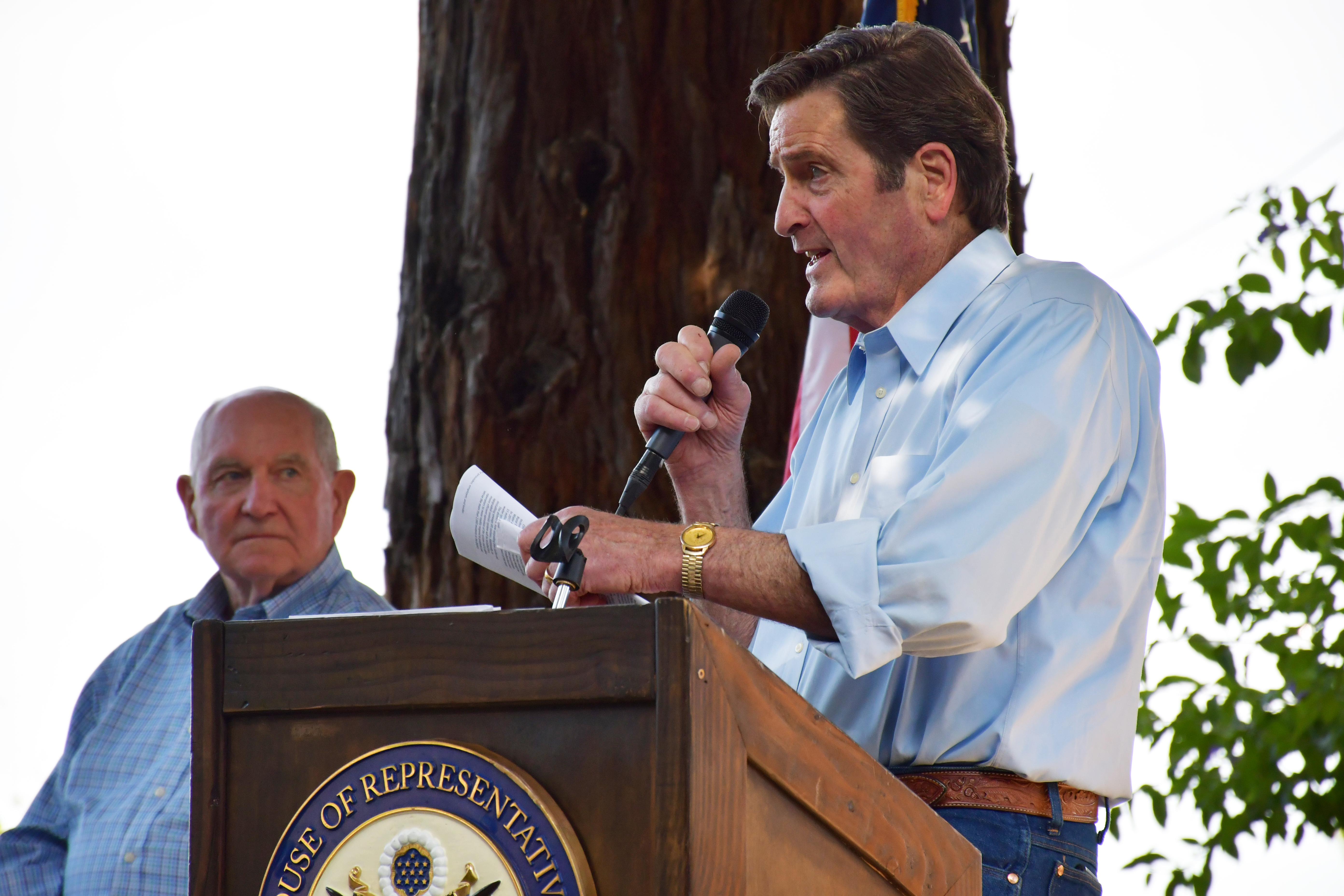 Leaders of the American Farm Bureau Federation gathered online over the past two days to listen to pitches from the Trump and Biden campaigns, sources tell Agri-Pulse.

President Donald Trump and Ag Secretary Sonny Perdue talked to the Farm Bureau’s state presidents Wednesday on a teleconference to explain why Trump should get a second term.

The Farm Bureau doesn’t endorse candidates, but it’s the biggest ag group in the country and both campaigns are hoping for all the rural support they can get – a factor Trump says weighed heavily in his 2016 election.

Ag retailers and ranchers are praising the Trump administration’s rewrite of National Environmental Policy Act regulations, but environmentalists and Democratic state attorneys general may file suit to stop the changes from being implemented.

The new regulations would streamline the approval process for everything from grazing permits to infrastructure projects by, among other things, limiting the scope of projects to be reviewed and creating hard deadlines for reviews to be completed.

Daren Coppock, president and CEO of the Agricultural Retailers Association, says the new rule “will speed up the approval process for much-needed infrastructure projects, which will especially benefit the rural communities in which ag retailers and their customers live and work.”

But Washington Attorney General Bob Ferguson and the Western Environmental Law Center vowed to fight the policy changes in court. The new regs “weaken environmental reviews on countless projects in Washington and across the nation, leaving our states and communities without vital tools to ensure federal agencies make smart decisions that do not harm our communities and environment,” he said.

The panel of scientists that recommends how to update the nation’s dietary guidelines have released their report, and the biggest headline is a call for Americans to cut their intake of added sugars.

Sarah Reinhardt, lead food systems and health analyst at the Union of Concerned Scientists, called the report’s recommendation that Americans only get 6% of their calories from added sugars “a major public health victory.”

She also praised the Dietary Guidelines Advisory Committee’s recommendation that there be “a renewed focus on systemic factors that influence diet and health, including the sustainability of the food supply.”

The report now goes to the Department of Health and Human Services and USDA for their use in writing the 2020 version of the dietary guidelines.

Commodity groups found much to like: The National Cattlemen’s Beef Association emphasized that the report says “many Americans would benefit from getting more nutrients like protein, iron and choline, which are readily available in beef.”

The American Egg Board noted that the committee for the first time issued recommendations for babies and toddlers and specifically suggested eggs as an important first food, as well as a good option for pregnant and lactating women.

Jim Mulhern, president and CEO of the National Milk Producers Federation, expressed disappointment that the committee didn’t take “a fresh look at multiple studies that show beneficial or neutral effects of dairy on chronic disease risk at all fat levels.”

“It may not feature the yodeling kid, but it does explain why it’s time to rethink methane.” — UC Davis air quality specialist Frank Mitloehner, referring to a video he helped produce explaining cow emissions. Mitloehner, like many in agriculture, was disappointed with Burger King’s ad that exaggerates the benefits of lemongrass as a feed additive.