Governor Gavin Newsom has appointed Eric Hirata to director of the Department of Alcoholic Beverage Control. Hirata has been chief deputy director since 2017.Earlier in his career, Hirata was assigned to the Department’s Special Operations Unit in both Southern and Northern California and was promoted to supervising agent and supervising agent in charge in the San Francisco District Office. Hirata also served as the Program Manager for the Department’s Grant Unit. In 2009, he was promoted to Deputy Division Chief in the Northern Division Office where he assumed responsibility for the Department’s district offices throughout Northern California.

Austin Martin has been tapped as the new chief operating officer at Kalera, a technology-driven vertical farming company. Martin brings two decades of executive experience in both large public and private companies, including Target, Aldi, Delek US, and Shamrock Foods.

Angela Lopez-Avalos has joined Cecelia Packing in sales. Lopez-Avalos brings more than 24 years of experience in the produce industry, and most recently worked at Fowler Packing for the last 11 years. She has also worked at Ballantine Produce and Gerawan Farming.

Veronica Wong has joined the Department of Agriculture’s Office of Research, Education, and Economics as the new chief of staff. Wong previously worked in the Office of Congressional Relations where she served as director.

The National Association of State Departments of Agriculture has brought on Rebecca Barnett as the new manager of public policy. Before joining NASDA, Barnett served in the office of U.S. Representative John Carter and the California State Assembly. She also recently completed her Master of Agribusiness from Texas A&M University. Barnett’s first day on the job was Monday. 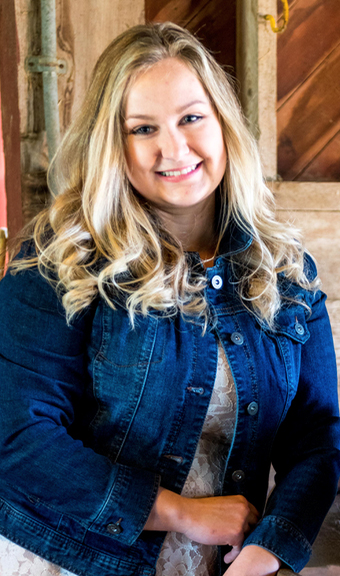 George Pastrana has been tapped as the new president, CEO, and board member of Living Greens Farm, one of the largest vertical, indoor aeroponic farms in the United States. Prior to joining LGF, Pastrana was President and COO of Dogfish Head Brewery in Milton, DE. He will based out of Minneapolis.

Gary Moore has been sworn in as president of the National Association of Counties (NACo). Moore has been active in NACo since 2012 and previously served as chair of NACo’s Transportation Policy Steering Committee and its Environment, Energy and Land Use Policy Steering Committee. Moore is the judge/executive of Boone County, Ky., a position he has served in since 1998.

Vytelle and GrowSafe Systems have combined their companies with the aim of accelerating genetic advances in bovine biotechnology. Kerryann Kocher has been named Vytelle’s new CEO. She brings decades of experience in animal health, feed ingredients, and protein production to the company.

Virgilio Barrera has taken a new job as the director of government and public affairs for LafargeHolcim. He previously was the legislative director for Sen. Martin Heinrich, D-N.M.

Omaha Steaks Chairman Alan Simon passed away from natural causes at the age of 85. After graduating college, Simon joined the family business, which was founded in 1917 as a butcher shop in Omaha, later becoming one of America’s largest marketers of beef. Simon and his two brothers were the fourth generation to lead Omaha Steaks. He is credited with creating special packaging to allow large shipments of steaks, transforming the meat shipping industry.

Richard “Dick” Allen Symms died July 13 at the age of 84. Symms was a leader in the Idaho and Northwest fruit industries. He led Symms Fruit Ranch and Ste. Chapelle Winery, growing both companies to become the one of the largest in the fruit and wine industries. The Symms family in the mid-1990s sold Ste. Chapelle Winery, but continues to own and operate Symms Fruit Ranch.