A new bill would ban two widely used classes of pesticides and allow citizens to petition the Environmental Protection Agency for designations of pesticides as “dangerous,” which could lead to suspension of their registrations.

Introduced so late in the congressional session in an election year, the bill would seem to have a steep uphill climb to eventual passage in this Congress. Chief sponsor Tom Udall, D-N.M., however, said he is following the path laid out by late senator Frank Lautenberg, a Democrat of New Jersey, who introduced tough legislation in 2013 to reauthorize the Toxic Substances Control Act, thus bringing the chemical industry to the table.

“It really galvanized things and we were able to move forward from there,” Udall, who is not seeking a third term in the November elections, said. Lautenberg’s rewrite of TSCA, taken up by Udall after Lautenberg’s death in 2013, cleared both chambers with only one dissenting vote and was signed into law by then-President Barack Obama in 2016.

“The first thing you need is a strong bill,” Udall said, but cautioned, “Mind you, we’re at the beginning of the process. We have had numerous discussions with senators about what’s happening.”

The bill has three co-sponsors in the Senate: Democrats Elizabeth Warren of Massachusetts, Cory Booker of New Jersey, and Independent Bernie Sanders of Vermont. It also is being introduced in the House by Rep. Joe Neguse, D-Colo.

The Center for Biological Diversity, Farmworker Justice, and the Michael J. Fox Foundation endorsed the bill.

“The legislation would end industry’s abuse of the emergency exemption and conditional-registration provisions of” the Federal Insecticide, Fungicide, and Rodenticide Act, the groups said in a news release. “The new legislation would close loopholes in the law that allowed for ‘emergency’ approvals of pesticides year after year and ‘conditional’ approvals of pesticides even when industry failed to provide scientific documentation of their safety.”

CropLife America spoke out against the legislation, with President and CEO Chris Novak saying that “pesticides play an important role in protecting public health.”

“Legislation seeking to ban individual chemistries undermines the work of the [EPA] career scientists and tears at the fabric of a law that has served our nation well for more than 70 years,” he said, adding that CLA “looks forward to working with members of Congress as these issues are debated.”

FIFRA, which Novak said “has guided the regulation of pesticides since 1947,” has been amended “many times but continues to balance the risks and benefits of every pesticide on the market today.” Novak said. 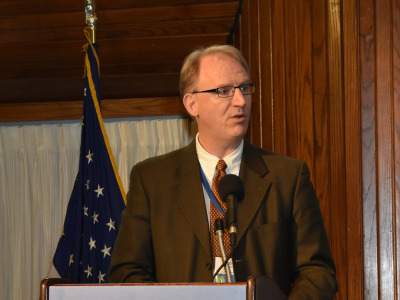 The classes of pesticide targeted for bans include organophosphates such as active ingredients diazinon and chlorpyrifos. Corteva Agriscience is ending production of the latter but EPA is continuing to work on renewing its registration, due to expire in 2022.

Supporters of the bill highlighted the ban on chlorpyrifos, which environmental and farmworker groups have been trying to ban for years.

“The Protect America’s Children from Toxic Pesticides Act recognizes that children, farmworkers, and consumers deserve better and puts an end to the use of chlorpyrifos and other nerve agents in our food,” said Teresa Romero, president of the United Farm Workers.

In announcing the bill, Udall said organophosphate insecticides “are designed to target the neurological system and have been linked to neurodevelopmental damage in children" and neonics “have contributed to pollinator collapse around the world (the European Union and Canada have significantly restricted or banned their use to protect pollinators and other wildlife) and have recently been shown to cause developmental defects, heart deformations, and muscle tremors in unborn children.”

CropLife said "over 350 non-politically appointed EPA employee scientists focus full-time on regulating pesticides. These scientists are globally recognized experts in pesticide risk assessment with years of experience understanding potential impacts to people and the environment, including both classes of chemistry in question within the bill."

Neonic manufacturers Bayer and Syngenta have defended their products as safe to bees if properly applied. Neonics are widely used as seed coatings.

"The loss of neonicotinoids would only hurt farmers and not help bees," Bayer said in a statement. "We know more about neonicotinoids and honey bees than any other pesticide, and science clearly tells us these products are not responsible for colony decline. Neonicotinoids are critical tools used in modern integrated pest management programs because they are effective, require less treatment, and have a more favorable human safety and environmental profile than the older products they replaced."

The bill also would ban the herbicide paraquat, for which EPA has instituted new requirements for “closed-loop” systems in order to prevent poisonings. “Science has shown that chronic exposure to paraquat increases risk of developing Parkinson's disease by 200% to 600%,” according to a release from Udall and Neguse.

Last October, EPA said in a human health risk assessment that “after comprehensive review of the relevant studies,” it concluded that “the weight of evidence was insufficient to link paraquat exposure from pesticidal use of U.S.-registered products to [Parkinson’s disease] in humans.”

The Center for Biological Diversity, however, said at the time that EPA’s analysis “discounted considerable evidence that paraquat has been shown to more than double the risk of developing Parkinson’s disease in farmworkers and others suffering occupational exposure.”

The bill also seeks to end “abuse of emergency exemptions” used by EPA to allow application of pesticides not allowed under their registrations. It says EPA “shall not grant an emergency exemption … for the same active ingredient or pesticide product in the same location for more than 2 years in any 10-year period.”

EPA approved more than 100 such exemptions last year, according to its database on the subject.