USDA’s Agricultural Marketing Service is proposing a rule to strengthen oversight and enforcement of the organic supply chain, particularly imports

In a proposal to be published in Wednesday’s Federal Register, AMS says it is increasing the number of unannounced inspections, beefing up fraud prevention procedures, and increasing data reporting requirements.

Organic fraud has been an issue with imports for years, and the industry, which hit $55 billion in sales last year, has been working with USDA to combat the problem.

“We’ve been very closely involved in the development of this rule,” said Organic Trade Association spokesperson Maggie McNeil, pointing to a statement saying “several proposed requirements are the outcome of the [OTA’s] priorities, and successful legislative work in the 2018 Farm Bill, such as closing the loophole on uncertified handlers by requiring certification and mandating electronic certificates for all imports.”

“Organic agriculture is one of the fastest growing sectors in the food market,” USDA Undersecretary for Marketing and Regulatory Programs Greg Ibach said. “As the organic market has grown, organic supply chains have become more complex. Stronger market oversight is needed to protect farmers and consumers who choose the organic option.”

“The absence of direct enforcement authority over some entities in the organic supply chain, in combination with price premiums for organic products, presents the opportunity and incentive for organic fraud, which has been discovered in the organic sector by both the National Organic Program (NOP) and organic stakeholders,” the proposal says.

Examples cited in the proposal include the sentencing last year in Iowa of five people for their role in an organic grain fraud ring. “The lead defendant pled guilty to defrauding customers in a scheme involving at least $142 million in nonorganic grains sold as organic,” the proposal says. “The lead defendant sold fraudulent grain to customers over a period of seven years, claiming the product was organically grown in Nebraska and Missouri.’

In February, a federal grand jury indicted a person in South Dakota “for allegedly selling $71 million of nonorganic grains and oilseeds falsely labeled organic over five years," according to the proposed rule. "The fraud ring spanned multiple states.”

The NOP revoked their organic certificates, but the parties involved “established new brokerage firms to continue their fraud,” AMS said. “Under the current organic regulations, these brokerages did not require organic certification; the NOP had no oversight of their activities. This proposed rule would require the certification and oversight of brokers like those involved in this case,” allowing the NOP to identify and prevent the fraud. 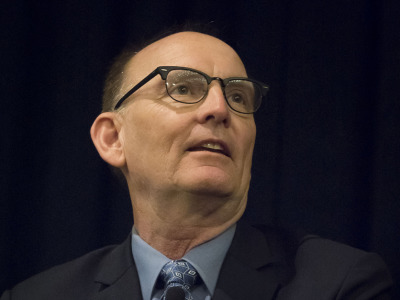 The proposed rule “would require the certification of some types of currently uncertified entities,” such as grain elevators, AMS said. “Organic certification would subject these entities to regular, systematic oversight from accredited certifying agents and allow the NOP to monitor these entities’ activities through on-site investigations, ensuring faster detection and prevention of millions of dollars in organic fraud.”

Annual benefits of the rule would exceed $80 million, far surpassing estimated costs of between $7.2 and $7.3 million according to AMS. Over 15 years, that translates to between $765 million-$1 billion in benefits and $65 million-$88 million in costs.

OTA President Laura Batcha thanked USDA for endorsing OTA’s Organic Fraud Prevention Solutions program. “This historic rulemaking by USDA will do much to protect organic from fraud through tougher enforcement and oversight, as our program helps organic companies put into place on-the-ground systems to deter and prevent fraud,” she said.

Once published in the Federal Register, interested parties will have 60 days to comment. OTA has posted a summary of the proposal.