The Trump administration is handing out so much money to farmers that the United States will blow through its spending limit under World Trade Organization rules for 2019 and likely 2020, potentially exposing U.S. farm programs to legal challenges, according to a new analysis.

The WTO limit on trade-distorting farm subsidies for the United States is $19.1 billion, a level the U.S. has generally stayed well below since it was set in 2000.

But the Trump administration’s special trade assistance and coronavirus payments to farmers are likely to push the U.S. total to nearly $32.7 billion for 2019, up from an estimated $13.5 billion in 2018, according to the analysis by Joe Glauber, a former chief economist for the Agriculture Department and a leading authority on the WTO rules for agriculture.

Glauber, who also served as the chief U.S. agricultural trade negotiator during the Doha round of WTO negotiations, estimates that the subsidies that count toward the WTO limit could soar above $40 billion for 2020, depending on how much additional coronavirus aid the administration provides to farmers.

Subsidy levels that high “will attract attention” from international competitors “in terms of how large this support is relative to value of production,” Glauber, now a senior research fellow at the International Food Policy Research Institute, said during a presentation for the Agricultural and Applied Economics Association's annual meeting, held online this week.

Programs reported as “amber box” include those that are product-specific and non-product specific. There are “de minimis” exemptions for subsidies that represent less than 5% of the value of a specific commodity, or 5% of total production in the case of spending that is non-product-specific.

The amber box spending limit is known as the “aggregate measure of support,” or AMS.

Glauber’s calculations for 2019 include spending under farm bill programs such as Price Loss Coverage; $13.5 billion in Market Facilitation Program payments, which were intended to offset the impact of President Donald Trump’s trade war; and payments for corn, soybeans and other row crops under USDA’s Coronavirus Food Assistance Program that are tied to the value of 2019 production.

He estimates the 2019 total will include $13.1 billion in product-specific subsidies, as well, and that non-product-specific spending will reach $19.5 billion, or just over 5% of the value of total U.S. production (based on USDA's February estimate).

The 2020 calculations will include CFAP payments for 2020 production and the $7 billion to $8 billion that farmers are receiving through forgivable loans provided under the Paycheck Protection Program, Glauber said.

Farm and agribusiness groups are lobbying USDA and Congress for more help beyond the CFAP payments now being distributed. USDA has an additional $14 billion available for coronavirus relief sitting in its Commodity Credit Corp. account, and Congress is considering providing still more money on top of that. Senate Republicans recently proposed appropriating an additional $20 billion to go with the $14 billion in CCC funding.

Glauber believes the U.S. would be even more vulnerable to a WTO challenge if Congress were to agree to raise the $30 billion limit on USDA’s CCC borrowing authority. Lawmakers have so far resisted pleas from some farm groups and lawmakers to do that.

Still, policymakers need to pay attention to the WTO limit because of the potential for other countries to challenge the legality of the U.S. spending, said Ohio State University economist Carl Zulauf.

Brazil won a case against U.S. cotton programs in 2005 that led to the U.S. making direct payments to Brazil, and later overhauling farm bill programs, to forestall the imposition of retaliatory tariffs.

“My assessment is that this is a potentially important issue that U.S. agriculture needs to take seriously. I think future expenditures will be important as to what happens and will be carefully monitored before some country files a suit,” Zulauf said. 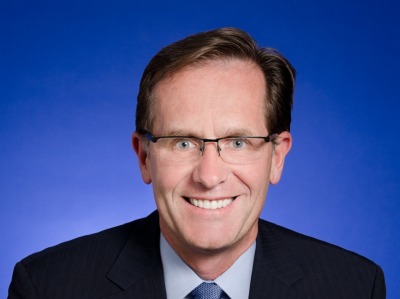 Dan Basse, an economist and president of the AgResource Co., said it’s far from clear what exceeding the WTO limits ultimately will mean for U.S. programs. The WTO’s dispute resolution process is currently hobbled by a lack of judges, and if Trump is reelected he might brush off a WTO judgment.

Basse also thinks the U.S. could get a pass from other WTO members when it comes to the pandemic-related spending.

Even so, Basse said he keeps telling farmers “to prepare for something less (in federal spending) in the future. But what less means, and when less comes, is a hard one. … We’re getting farmers hooked on a series of payments that are unlikely to be sustained for a long period of time.”