The Legislature may send a measure to the governor this week that would make it easier for employees to file for workers’ compensation to cover COVID-19 infections. About a dozen agriculture groups have strongly opposed the measure, fearing it would target virus outbreaks at farm operations and processing facilities by placing the burden instead on employers to prove that infections took place off the jobsite.

“So it flips that burden,” explained Lauren Noland-Haijick, a policy advocate representing several agricultural trade groups. “You would switch from your normal workers’ comp investigation, where the employee has some of the burden of proving that their injury happened at the workplace.”

This new approach to workers’ compensation law is known as a rebuttable presumption.

New amendments on Tuesday show that the measure, Senate Bill 1159, would require an automatic rebuttable presumption for frontline sectors like police, firefighters and healthcare workers. Ag groups had feared their industry would be added to that group as well.

For agriculture, as the bill now stands, workers’ compensation claims would be filed as normal unless they are part of a cluster of infections. The authors have created a formula to define when that provision would be triggered, based on the number of employees in a business and the number or proportion who contracted the disease.

“What you're really talking about is what filter you are using to either allow people in or keep them out, and it's just that it's that simple,” said Mitch Steiger, a legislative advocate for the California Labor Federation, the group that had originally pitched the policy to the governor’s office.

As Noland-Haijick explained, this filter would mean an ag operation would switch from a normal workers’ compensation investigation to one in which the insurance agency is doing the investigation on behalf of the employer, to prove the infection did not happen in the workplace.

The bill’s author, Senator Jerry Hill of San Mateo, said the time calls for such an ambitious policy change to confront the coronavirus fallout.

“The scale of human suffering is unprecedented. It's really difficult to overstate,” he said in a recent committee hearing on the bill. “Without question, this presumption will be the largest and most expansive presumption in the history of the state of California.”

SB 1159 is not unprecedented, however. It is an extension of Gov. Gavin Newsom’s executive order in May responding to outbreaks at workplaces. It came after labor groups were pitching the policy to the governor’s office beginning in March.

Ag groups rallied against the policy as Newsom was considering it. The California Farm Bureau Federation argued it would allow any essential employees, including ag workers, to claim workers’ comp if they contracted COVID-19 – at work or elsewhere, and that it would "discourage employers from re-opening, re-employing workers and getting the California economy moving again.” 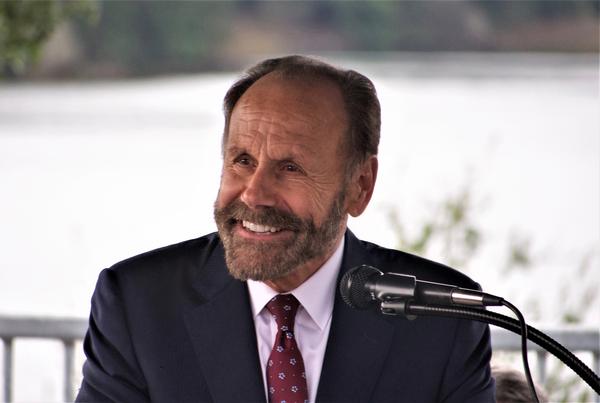 “The added economic burden of medical claims related to COVID-19 should be borne by the government," the groups argued, "not the essential industries providing a public good during a global pandemic.”

"The industry is already reeling from the widespread shelter-in-place orders, which has resulted in the virtual collapse of the foodservice sector and corollary challenges in the retail marketplace," writes Jeff Gullickson, Western Growers Vice President of Insurance Services,  in a blog post.

An evaluation by a consulting firm estimated the cost for the total claims for workers’ comp from COVID-19 could reach as high as $33 billion annually with the provision.

Some insurers, however, were already dropping a requirement that essential workers must prove they contracted COVID-19 on the job.

Since Newsom’s order expired in July, AB 1159 would extend the provisions to 2024.

Business groups have argued the ever-changing situation for the pandemic in California shows that three years is too long for any COVID-19 measures to last. Assemblymember Ken Cooley of Sacramento County, a joint author on the bill, responded that the claims will likely “tail off” during that time anyway as the virus dissipates.