Monday is a federal holiday. Daybreak will return on Tuesday, Oct. 13.

Report: There are bigger issues than expanding carbon offsets in ag

A new report lists recommendations for expanding carbon offset opportunities in agricultural and working lands. A taskforce of various stakeholders—from academics to environmentalists and dairy representatives—put together the report for the Air Resources Board.

The bottom line: The program has been successful in reducing greenhouse gas emissions by requiring industries to purchase carbon offset credits that support conservation practices in ag.

Recent legislation, however, calls for expanding those offset projects. “That important goal is at odds with the shrinking size of the program,” the taskforce concludes. The success means fewer polluters are purchasing carbon offset credits. The report recommends the Legislature instead develops policies that would expand the market demand for those offsets—through the cap-and-trade program and beyond. 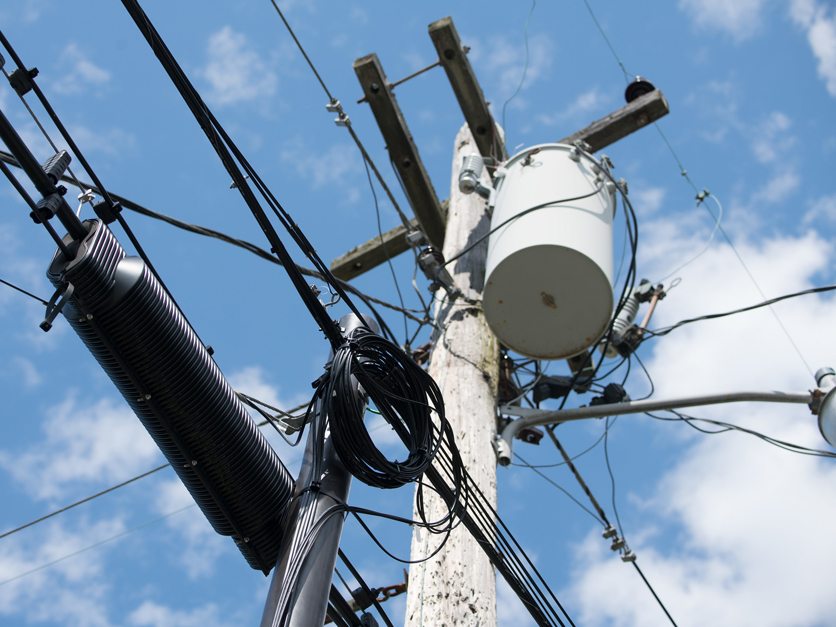 A Salinas Valley city launches a microgrid for ag during blackouts

The City of Gonzales in the Salinas Valley has reached an agreement with utilities to build a 35-megawatt community-scale microgrid. The move is in response to public safety power shutoffs imposed as a prevention strategy during dangerous wildfire weather. The plan will maintain electricity at all times for the city’s Ag Industrial Park.

The $70 million project will include a mix of solar energy, battery storage and thermal generation. The city hopes the project will also attract new businesses and build its tax base.

“The companies who do business here need to know that they will have the power they need, when they need it, from a variety of green and low-carbon sources,” said Mayor Maria Orozco. 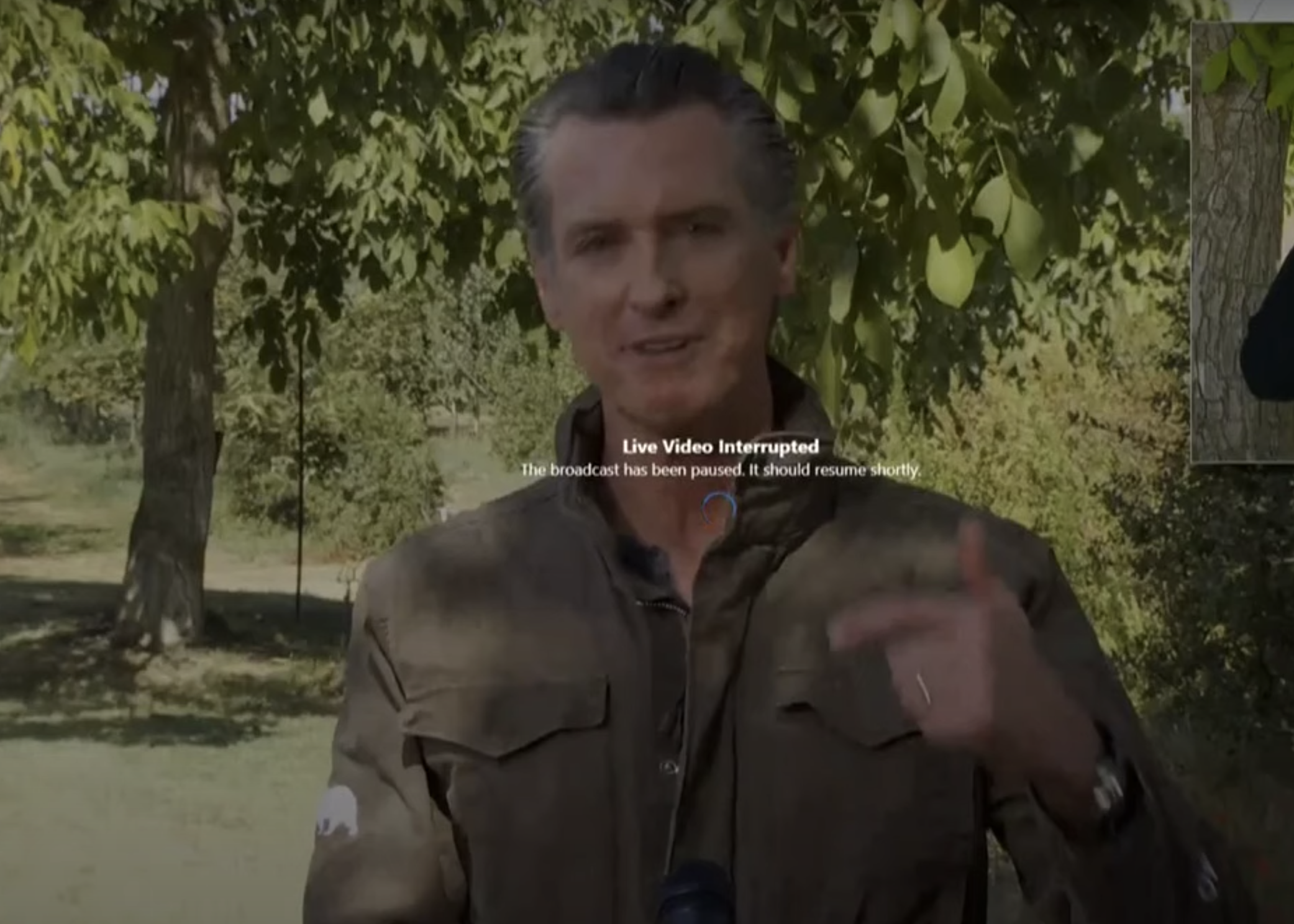 Irony in Newsom’s feed cutting out?

When Gov. Newsom signed an executive order in Winters on Wednesday, the livestream for his press conference suddenly cut out as reporters were asking questions.

Well, the assemblymember based out of Winters, Cecilia Aguiar-Curry, had tried to prevent just this situation with AB 570, which would have expanded broadband access in rural regions. But the lawmaker pulled her bill when a compromise fell through with a companion bill from the Senate, which prioritized boosting internet speeds. The Newsom administration is now working on an action plan.

Winters is less than 30 miles from Newsom’s office. 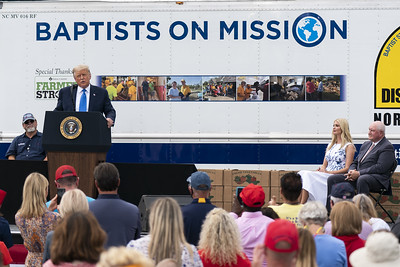 Congressional Democrats are taking Ag Secretary Sonny Perdue to task after he received a reprimand from a government watchdog agency for his remarks at a Food Box in August with President Trump.

The Office of Special Counsel determined Perdue violated the Hatch Act’s prohibitions on political activity and must reimburse the U.S. Treasury for the cost of his participation at the event. OSC did not specify an amount.

At issue: When commenting on Trump’s decision to add $1 billion to the Food Box program, Perdue said at the North Carolina event, “And that’s what’s going to continue to happen — four more years — if America gets out and votes for this man, Donald J. Trump.”

The reaction: Six House Democrats including Ohio Rep. Marcia Fudge, who chairs the House Agriculture Committee’s nutrition and oversight subcommittee, said “government officials in appointed, cabinet-level positions like Secretary Perdue should know better than to abuse their official capacity at the expense of American taxpayers.”

USDA did not immediately respond to a request for comment.

By the way: Perdue was questioned by reporters in Iowa on Thursday about holding events there and in Minnesota, two swing states, to announce grants for ethanol infrastructure. He suggested that criticism of his participation was “sour grapes.” He noted that he has made frequent trips to Iowa since 2017.

Election 2020: Ag groups lay out concerns to Biden and Trump

Ag groups are providing a white paper to both the Biden and Trump campaigns that lays out the concerns of farmers and issues that need to be addressed by policymakers.

The 12-page paper warns the farm economy is “poor and deteriorating” as the result “of trade retaliation, demand shifts resulting from COVID-19, and other causes.”

The paper then lays out ten policy priorities starting with providing vaccines and testing to help agribusinesses deal with the pandemic. Other concerns include trade policy, research needs, the farm labor shortage, rural broadband and “sustainability and climate.”

On the climate issue, the paper says the “United States can and should lead by continuing to identify and utilize sustainable agriculture practices that preserve and protect our air, soil and water.”

Agriculture is actually one of the bright spots in the rural economy, according to the quarterly report from CoBank, which provides financing to cooperatives.

“A weaker, steady dollar has supported a price recovery in most agricultural commodities,” the report says. “And despite the fact that China is unlikely to fulfill its 2020 phase one purchase obligations, sales to China have been incredibly strong in recent months.”

The ethanol has recovered to a “new normal,” operating at about 85% to 90% of pre-COVID demand levels, the report notes.

Other sectors: The report warns that the dairy sector remains volatile, while the beef, pork and chicken sectors made up some ground in the third quarter. Cotton and rice continue to face weak exports.

The picture is mixed for specialty crops, a sector hit hard by the Western wildfires. Retail demand for produce is higher than a year ago, but the restaurant sector continues to struggle, of course.

USDA’s first report on the second round of the Coronavirus Food Assistance Program shows $1.96 billion has been distributed so far. USDA eventually expects to pay out about $13 billion, and the signup deadline isn’t until Dec. 11.

Iowa farms have received about $208 million in CFAP-2, the most of any state and more than 10% of the total. Illinois is next with $177 million. About 35% of the CFAP-2 payments so far have gone to corn growers.

USDA is providing some new support for soil health practices through the Conservation Stewardship Program. The department has issued a final rule for CSP to implement requirements of the 2018 farm bill. The department made a few changes from an interim rule, one of which would put more emphasis on rewarding practices that improve soil health.

“With every blow the Trump administration deals to the Endangered Species Act, iconic species like the California condor and Chinook salmon are pushed closer to extinction.” — Attorney General Xavier Becerra, in criticizing a proposed rule redefining critical habitat under the act.