Hemp industry stakeholders are pushing for regulatory certainty as one of the crop's chief byproducts gains in popularity with a curious consumer base.

Viewed as a miracle product by many consumers, cannabidiol, or CBD, one of the newest ingredients being used in dietary supplements, has run into headwinds. A seizure-reduction drug, COVID-19, a patchwork of state legislation, false advertising, and even adulteration of products have intensified the industry’s push to regulate CBD’s use in dietary supplements, allowing products that contain it to be freely sold in all 50 states.

In early September, Rep. Kurt Schrader (D-OR) and Rep. Morgan Griffith (R-VA) introduced H.R. 8179, The Hemp and Hemp-Derived CBD Consumer Protection and Market Stabilization Act of 2020, in the House of Representatives. As of last week, the bill had 16 co-sponsors, but a companion bill had not yet been introduced in the Senate.

The bill would provide a legal pathway for hemp-derived CBD to be federally regulated as a dietary ingredient under the FDCA and provide those manufacturing the products 90 days to comply with FDA regulations, according to Jonathan Miller, attorney with Frost Brown Todd and lead counsel for the U.S. Hemp Roundtable, a lobbying association representing dozens of hemp firms and associations. Regulating CBD’s use in dietary supplements would also hold CBD firms accountable for following all regulations.

Rod Kight, a cannabis/hemp attorney in North Carolina, notes that the issue with CBD arises out of the FDCA's Drug Exclusionary Rule (DER). “According to the DER, an article, such as CBD, may not be marketed as a dietary supplement if it has previously been approved as a drug,” Kight says. “Epidiolex is a CBD medication that has been approved as a drug, and the FDA has determined that substantial clinical investigations involving it were instituted prior to CBD being marketed as a dietary supplement.” 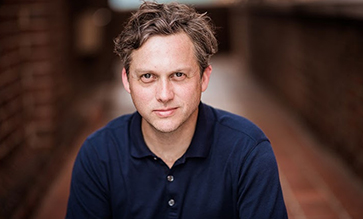 Because FDA has already determined that the DER applies to CBD, it cannot legally be marketed as a dietary supplement. “The reason why H.R. 8179 is being submitted is an attempt to override the DER as it relates to marketing CBD as a dietary supplement by creating a specific statutory exemption for CBD. This is highly unusual,” Kight says.

While most CBD companies are already abiding by FDA regulations, a minority of firms are mislabeling their products with false health claims, and a smaller number are selling substandard or adulterated products. According to Ashley Simpson, counsel with Hoban Law Group, claims not allowed by FDA for any dietary supplement include statements like “relieves pain caused by cancer” or those that indicate that an ingredient helps to treat diseases such as cancer, fibromyalgia, arthritis, or Alzheimer’s.

Simpson also notes that structure/function claims — “vitamin D helps build strong bones” and “vitamin C helps support the immune system,” for example — are not allowed and will not be until such claims have been proven through rigorous research and CBD has been approved as an ingredient used in dietary supplements.

Kight notes that if enacted into law, H.R. 8179 would authorize the use of structure/function claims about CBD dietary supplement products, provided the claims are substantiated and otherwise allowed.

Brandon Beatty, CEO and founder of Bluebird Botanicals and a director of the U.S. Hemp Roundtable, says as far as labeling goes, the industry is battling two main issues: ignorance on the part of some new entrants; and purposeful mislabeling used to gain a competitive advantage in the marketplace.

“A lot of companies entering the CBD hemp industry are selling products as dietary supplements. These are new entrepreneurs who have no experience in the food supplement industry. A lot of requirements are not known by these companies,” Beatty says. “But some companies are purposefully mislabeling their products and some products have no cannabidiol in them. 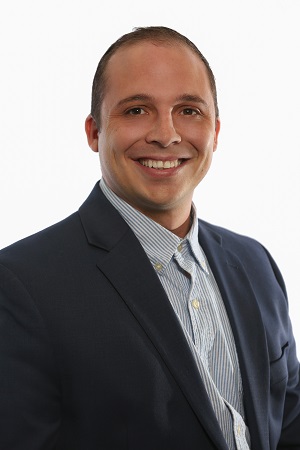 “A portion of companies are cutting corners on purpose, so their cost of goods is much less than their competitors’,” he added. “This is false advertising and it gives the entire industry a black eye. Responsible companies need to rise to the top and raise the bar.”

FDA has been working on CBD enforcement policy for several years. In late July, the agency sent the White House Office of Management and Budget (OMB) draft guidance titled “Cannabidiol Enforcement Policy” for review. Since the document has not been made public, it is unclear whether the guidance is claims-based, serving-sized based, product standards based, a combination of these, or something entirely unrelated.

A lack of safety data has also prevented FDA from approving the free commerce of CBD products in the United States. In early July, FDA sent the Sampling Study of the Current Cannabidiol Marketplace to Determine the Extent That Products are Mislabeled or Adulterated to the House and Senate appropriations committees. The study, a response to a clause in a December 2019 continuing resolution, showed that out of 147 products tested, nine did not contain CBD. While seven of these clearly indicated “zero CBD” on their labels or did not indicate the product contained CBD, two products that listed CBD on their labels contained none.

The report further states that out of 102 products that indicated a specific amount of CBD in their product, 18 contained less than 80% of the amount indicated, 46 contained CBD levels within 20% of that indicated, and 38 contained more than 120%. In addition, 72 of the products tested contained measurable levels of THC, the main psychoactive compound in cannabis, potentially making them illegal to sell in many states. FDA also detailed plans for long-term sampling.

Simpson doubts that Schrader and Griffith’s bill would miraculously eliminate false claims on labels of some CBD products if the legislation were to be enacted because rules against false advertising already exist. She says every year, FDA issues a host of warning letters to companies falsely marketing hemp-derived CBD products.

Industry sources argue many hemp farmers and CBD companies have been struggling due to the failure of the FDA to regulate CBD, which would not only make them legal to sell nationwide but also result in the products being properly labeled, deemed safe, and prepared using best manufacturing practices. At the same time, though, CBD companies have also been suffering from a slowdown in sales growth due to the COVID-19 economy and an overly saturated market.

A recent study by Leafreport shows that CBD product prices have fallen 17%, compared to a year ago. The report notes “perhaps the most startling discovery is that 70% of brands lowered their prices in 2020 to some degree. This confirms that there is plenty of supply on the market, creating fierce price competition among brands.”

The U.S. Hemp Authority, a sister organization of the Hemp Roundtable, has developed a voluntary certification program for hemp and CBD products that uphold stringent regulatory standards through third-party independent auditing. Since the program was established in late 2018, 50 companies have been awarded the certification seal, which they can display on their products.

H.R. 8179 is part of an ongoing effort to find a path forward on hemp and its derivatives after legalizing them in the 2018 farm bill. A similar bill, H.R. 5587, was introduced in the House in January 2020 to amend the FDCA Act to include CBD in the definition of dietary supplements and directs USDA to complete a study on market and regulatory barriers faced by farmers wanting to participate in the hemp production program.