Biden's cabinet possibilities would include deep roster of ag lawmakers

With Joe Biden consistently leading President Donald Trump in the polls, speculation is growing in Washington about who could get key Cabinet and staff positions, including jobs that could have a far-reaching impact on U.S. agriculture and trade policy.

Biden's advisers are keeping information about his transition plans close to the vest, but Agri-Pulse reached out to sources and took a look at reporting from other outlets to get an idea of who’s being discussed in connection with some of those high-profile openings.

"My sense is that the transition is trying to be as hermetically sealed as possible in the final days so as not to distract from the main event on Tuesday," said one Obama administration veteran close to the campaign, when asked about Biden’s transition plans for USDA.

Ferd Hoefner, senior strategic adviser at the National Sustainable Agriculture Coalition said of the Biden team, “They are being very good about keeping things close to the vest.”

Former Ag Secretary Tom Vilsack, who has been advising Biden, said he had “no idea who might be in line” when asked whether he could share any thoughts on the next leader of the nearly-100,000 person Department of Agriculture.

“Anyone providing you names would be purely speculating,” he added, noting he is not a part of the transition team and doesn’t know what discussions have taken place, if any.

Former North Dakota Sen. Heidi Heitkamp, however, says Vilsack himself will play a “major role” in determining who gets key agriculture positions and in advancing a rural policy agenda. “He is a very, very trusted adviser” to Biden, she tells Agri-Pulse.

Asked if she would be interested in USDA, she said she is "myopically focused on Nov. 3.” On there being little said publicly about the transition, she says, “I’m sure there are some people throwing some sharp elbows … but at the end of the day everyone is so heavily focused on just getting out the vote and winning the election.” 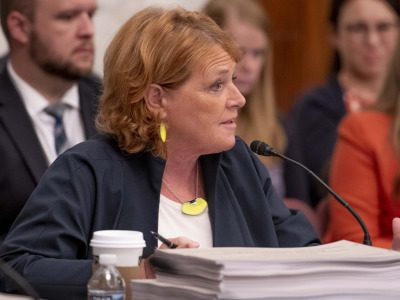 A Biden-Harris transition team spokesperson said the team “is not making any personnel decisions pre-election.”

Biden has publicly stated his intention to assemble a cabinet diverse in both ideology and background, so any cabinet choices would likely have to meet a range of criteria and would be subject to scrutiny and vulnerable to criticism from different constituencies within the Democratic.

Given Biden’s diversity pledge, factors such as gender, race and even age come into play. “The big question is payback for the black and youth and women vote that gets him into the White House,” said Pat Parenteau, an environmental law professor at Vermont Law School, former EPA regional counsel and commissioner of the Vermont Department of Environmental Conservation.

Joe Maxwell, head of Family Farm Action Alliance, echoes Parenteau, saying the Biden camp needs to consider USDA’s “historic discrimination” against black farmers in choosing a new ag secretary. His group opposes Heitkamp but says Representatives Marcia Fudge of Ohio and Chellie Pingree of Maine both fit their criteria, which include attacking the increasing consolidation in U.S. agriculture, especially in the meat sector.

Heitkamp’s name certainly comes up a lot in discussions about a new agriculture secretary. After losing her bid for reelection after one term in 2018, she founded the One Country Project in 2017 and leads it with former Indiana Democratic Sen. Joe Donnelly. The group “is reengaging with rural Americans, serving as a clearinghouse of research and information … and working to ensure leaders regain trust by fighting for these communities.”

Heitkamp also was North Dakota’s attorney general from 1992 to 2000 and state tax commissioner from 1986 to 1992. She endorsed Biden in March.

Another name that comes up frequently is Krysta Harden, who served as Vilsack’s deputy from 2013-2016, but also was his chief of staff and assistant secretary for congressional relations. Harden is currently executive vice president of global environmental strategy for Dairy Management Inc., which manages the national dairy checkoff, as well as chief operating officer of the U.S. Dairy Export Council, where Vilsack is the CEO.

Before taking her current post, Harden spent three years as senior vice president, external affairs, and chief sustainability officer for Corteva Agriscience, the Agriculture Division of DowDuPont. During the same period, she was DuPont’s vice president of public policy and chief sustainability officer. She also was CEO of the National Association of Conservation Districts from 2004-2009.

Chellie Pingree also has been mentioned. The Maine congressional representative and House Agriculture Committee member has advocated “for reforming federal policy to better support the diverse range of American agriculture — including sustainable, organic, and locally focused farming — as well as to reduce food waste,” according to her congressional website. She’s also not averse to reaching across the aisle, as she did recently by introducing a bill with Nebraska Republican Jeff Fortenberry to expand options for small meat and poultry processors.

Kathleen Merrigan, an Obama administration veteran as deputy secretary at USDA, is currently a professor with Arizona State University and executive director of its Swette Center for Sustainable Food Systems. As deputy secretary, she “created and led the Know Your Farmer, Know Your Food Initiative to support local food systems; was a key architect of first lady Michelle Obama’s Let’s Move! campaign, and made history as the first woman to chair the Ministerial Conference of the Food and Agriculture Organization (FAO) of the United Nations,” according to her online biography.

Rep. Marcia Fudge of Ohio, now in her sixth term in Congress, chairs House Ag's nutrition and oversight subcommittee and has been a fierce critic of the Trump administration’s attempts to tighten eligibility requirements for the Supplemental Nutrition Assistance Program. She also has said the administration’s highly touted Farmers to Families Food Box program left some states underserved. “This program was meant to help people, but not only am I afraid that isn’t happening fast enough, I worry USDA isn’t taking the operation of this program seriously enough to ensure it can happen at all,” she said following a July hearing on the program. If approved as ag secretary, Fudge would be the first African American woman in that role. 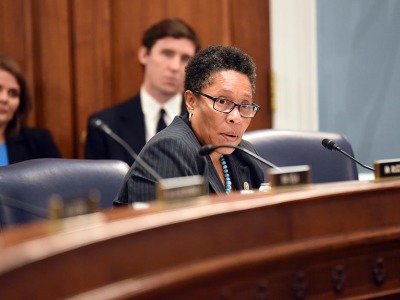 Rep. Cheri Bustos of Illinois, now in her fourth term in Congress, “is the only member of elected Democratic House Leadership from the Midwest,” her website notes. She has criticized the Trump administration’s trade policy and sought COVID relief aid for biofuel producers, as a member of the House’s biofuels caucus. She is a rarity in Congress: a former award-winning journalist. She represents a district Trump barely won in 2016. Republicans have targeted her race this year.

Other names mentioned for USDA include Nikki Fried, Florida’s commissioner of agriculture, Rep. Sanford Bishop of Georgia, chairman of the Agriculture Committee’s subcommittee on agriculture, rural development, FDA and related agencies, and Karen Ross, Secretary of the California Department of Food and Agriculture for nine years, who also is a former chief of staff to Tom Vilsack at USDA.

A name that gets mentioned a lot is Mary Nichols, head of the California Air Resources Board. Nichols has pioneered the state’s Low Carbon Fuel Standard, which “incorporates market instruments [but] relies primarily on performance-based regulatory actions” to achieve its goals. Her criticism of the Renewable Fuel Standard was concerning enough to RFS advocates that just a conversation between Nichols and the Hillary Clinton campaign in 2016 led the Clinton campaign to “immediately reject any assertions that the candidate wants to repeal the RFS,” Politico reported four years ago. Significantly, Nichols also served as EPA assistant administrator of air and radiation during the Clinton Administration.

Heather McTeer Toney, senior director at Moms Clean Air Force and a regional administrator at EPA during the Obama administration, is another candidate to head EPA. Like Nichols, she has EPA experience, a definite plus for a job where you need to “hit the ground running,” as former administrator Carol Browner told E&E News. Another plus: Biden has made environmental justice a key priority, and Toney is African American. She was the first woman and first African American to serve as mayor of Greenville, Miss.

Jay Inslee, governor of Washington, who ran for president on essentially one issue — climate change — is another potential candidate and would, like Nichols, be a natural fit given Biden’s ambitious climate goals. Inslee has faced opposition from the ag community in his state to a proposal for a low-carbon fuel standard.

On the trade front, Agri-Pulse also is hearing talk of Wisconsin Rep. Ron Kind, a member of the House Ways and Means subcommittee on trade, and Darci Vetter, a former chief ag negotiator in the U.S. Trade Representative's office during the Obama administration. Vetter also is being mentioned as a possible ag secretary or undersecretary for trade at the USDA.

Philip Brasher and Bill Tomson contributed to this report.