The Trump administration is acting to remove another regulatory barrier to agricultural biotechnology by proposing to streamline EPA's oversight of pest-resistant plants. But so far, there is little sign of progress on reforms to FDA’s regulation of gene-edited animals, a major priority for livestock groups.

The EPA on Tuesday released a 142-page proposed rule for easing the regulatory process for plants that are engineered to kill pests such as insect larvae. Such plants would be exempt from EPA regulation if they could have been produced through conventional breeding and pose no greater risk than crops that meet the agency’s safety requirements.

The agency’s proposal follows implementation of a broader rule finalized by the Agriculture Department in May to streamline its oversight of biotech plants.

If President Donald Trump isn’t re-elected, EPA will face a tight timeline to implement its proposed rule before he leaves office in January, and regulations issued in an administration’s waning days are often delayed or withdrawn.

Before finalizing the rule, the agency will first have to take public comments on the rule for 60 days and then evaluate the feedback.

In a statement welcoming the release of the proposal, the Biotechnology Innovation Organization, which represents biotech companies, noted the Obama-Biden administration spent years working on an overhaul of the biotech regulatory process.

“We have worked with administrations of all parties to promote innovation through science, trust, and transparency, and BIO will continue to do that,” BIO spokesperson Karen Batra said.

The time is even shorter for the administration to do anything about the process for regulating gene-edited animals. 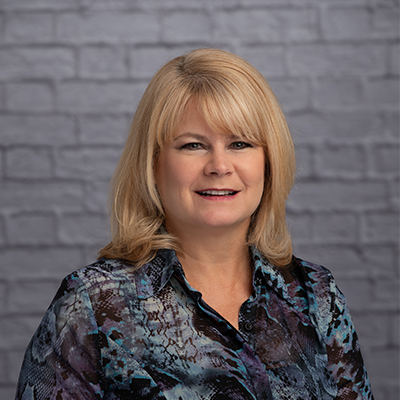 The National Pork Producers Council and other livestock groups have been pushing the administration to move oversight of animal biotechnology from FDA to USDA. FDA regulates gene-altered animals under its animal drug authority, which has blocked new traits from getting to market, according to livestock groups.

Pork producers continue to push the administration to "ensure USDA is in the driver’s seat of this promising new technology,” said Dan Kovich, NPPC’s director of science and technology. "We are eager for a resolution shortly, as America can’t afford to cede its lead in agriculture to other nations."

He said USDA and the FDA "have been locked in a regulatory tug of war over authority on genetic editing in livestock” for more than two years. "Unfortunately, U.S. livestock farmers are caught in the middle, allowing China, Brazil, Canada and other global competitors to move ahead in the race to utilize this new technology, which will allow us to produce animals that are disease-resistant, require fewer antibiotics and have a better environmental footprint."

Batra said that there are continuing discussions in the administration over the issue. “What that ultimately looks like, remains to be seen. We were hopeful there might be some kind of announcement this summer, but obviously there are competing priorities right now,” she said.

FDA also has a voluntary process for reviewing the safety of biotech crops for use in human food.

EPA, which shares regulation of agricultural biotechnology with USDA and FDA, must approve the commercialization of plants that are engineered to have pesticidal properties, formally known as “plant-incorporated pesticides,” or PIPs. EPA-approved varieties of corn, cotton and other crops that contain an insect-killing Bt toxin have been in wide use in the United States for more than two decades.

Under the EPA proposal, plant developers that believe their products meet the exemption criteria would be required to notify the agency in a self-determination or ask the EPA to confirm that the exemption applies.

The new USDA rule, which applies to all biotech crops, regardless of whether they are altered to be pest-resistant, doesn’t require companies to notify the department of new products that the developers consider exempt from its regulatory process.

EPA ruled out food safety risks from exempting some pest-protected plants from regulation. Humans are "familiar with and have been exposed to many plant-produced pesticidal substances and their residues, such as those that could be developed for use as PIPs based on sexually compatible plants created through biotechnology, in their diet and otherwise for millennia," the proposed rule says.

“Today, we face unprecedented challenges that threaten the future of our planet and food supply; and it’s more critical than ever that U.S. farmers have access to the latest innovations, like gene editing, to keep pace with the challenges of today and the future,” he said.

The group said it would need to study the rule before knowing what types of plant modifications would qualify for exemption from EPA regulation.

George Kimbrell, legal director for the Center for Food Safety, an advocacy group that has long pushed for tougher regulation of biotechnology, said it “looks like some GE crops under EPA’s jurisdiction are now proposed to be exempted entirely from any oversight, without regard for the potential environmental or health consequences.”

Texas Rep. Mike Conaway, the top Republican on the House Agriculture Committee, said the EPA proposal was “another major victory for American agriculture. This administration has made regulatory reform and modernization a high priority, and EPA’s proposal will provide farmers, ranchers, consumers, and the research community with the certainty and predictability they need to continue innovating.”