US pork sees new opportunity in Vietnam and the Philippines

U.S. pork exports to China are still very strong, but trade is expected to decline as the Chinese rebuild the country’s swine herd after the devastation of African swine fever.

That means U.S. exporters are going to have to rely more on other markets in coming years, and Vietnam and the Philippines offer big market opportunities, according to two new studies.

Beginning next year “imports are going to be squeezed out,” said Rupert Claxton, one of the authors of the reports, which were produced by the France-based Girag & Associates and contracted by the pork checkoff and USDA's Foreign Agricultural Service Emerging Markets Program. China’s declining imports will be felt especially hard by U.S. exporters beginning in 2023.

That, Claxton, said, is when international competition to fill China’s declining import needs will really heat up.

“And that means that we’ve got to move into other markets for U.S. pork,” he said.

“The annual Pork Checkoff producer survey identified diversification of U.S. pork exports as a top priority,” said Norman Bessac, vice president of international marketing for the National Pork Board. “These reports will help exporters position the U.S. pork industry as a supplier of choice in both countries, helping to expand our export options and create even greater value for the more than 60,000 pig farmers here.” 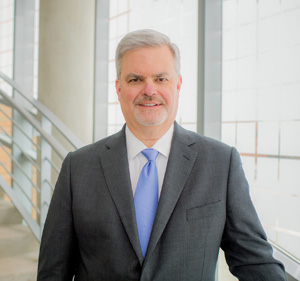 Vietnam first reported outbreaks of the virus in early 2019 and it has spread throughout the entire country since then, says Claxton. In the Philippines, the virus is still spreading, slowed by the geography of the many islands that make up the country.

Both countries are combating ASF, but they will be long battles and the virus has become endemic in wild pigs and backyard farms.

“We don’t expect either country to clear it up without a vaccine,” Claxton said.

“Unlike Vietnam, we see a widening home for imports (in the Philippines),” he said. “We expect imports to accelerate over the next 5 to 10 years and to be a significant part of the meat supply chain in the long term. That’s how the country was already positioning itself, and ASF has accelerated the trend.”

Increased U.S. trade with the two countries is already taking place. Recent surges in demand from the Philippines and Vietnam have helped expand U.S. pork exports to Southeast Asia this year by 32%, according to the U.S. Meat Export Federation.

Increasing exports to Vietnam and the Philippines will help replace diminishing trade with China, says Joe Schuele, a USMEF spokesman, but he also stressed that China will remain a major market for U.S. pork even after it completely recovers from ASF.

“Next year we expect exports to China to be lower, but they will still be the second highest year,” Schuele told Agri-Pulse. “You have to prepare for the reduction, but people should understand that it’s not like China’s imports are going to fall off a cliff. It’ll be a gradual return to a plateau.”

It’s not yet clear how long it will take for China to hit that plateau or how high it will be, but Schuele said he hopes it will be higher than most years before ASF hit the country.

And while more pork exports to Vietnam and the Philippines will be welcome, U.S. meat exporters are most hopeful for regaining ground in the Mexican market to bolster trade as shipments to China decline, Schuele said. 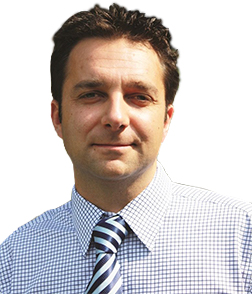 “In terms of making up for the decline that we expect to see next year with China, the biggest piece of that puzzle will be in Mexico,” he said.

U.S. pork exports to Mexico took a major hit in mid-2018 when the U.S. hit the country with tariffs on steel and aluminum and Mexico retaliated with a 20% tariff on U.S. pork. The tariffs remained in place for about a year.

“We had just started to come back from that when COVID hit, and of course that impacted Mexico’s processors and consumer demand,” Schuele said.

And that return of the Mexican market has already begun. U.S. pork exports to Mexico in October were the largest they had been since March at the onset of the pandemic, according to the latest trade data compiled by USMEF. Mexico imported $105 million worth of pork in October, an 11% increase from the same month in 2019. Overall, January-through-October pork exports to Mexico were down 6% from last year, but “U.S. pork is well-positioned for a strong finish to 2020 in Mexico,” the group said in a report released this week.

But for now, China is buying U.S. pork at a record pace, according to the USMEF.

The latest trade data shows that China and Hong Kong imported 70,865 metric tons of pork in October, valued at $157.5 million. Volume-wise, that’s a 16% increase from October of 2019. Value-wise, it was an 11% increase over October 2019. The numbers are even more impressive for the 10-month total. The U.S. exported 871,612 tons from January through October, an 86% increase over the same time period in 2019. USMEF says the 10 months of pork exports this year to China are valued at about $2 billion, about a 104% increase.