Scarcity of farm labor and concerns about the environmental impacts of chemical inputs has spurred interest in agricultural robotics, but the widespread adoption of fully autonomous vehicles remains far off due to a lack of on-farm infrastructure and resources for producers.

“While agricultural robotics are still in their early stages, there are very clear indications of their potential,” Josef Kienzle, an agricultural engineer for the U.N. Food and Agriculture Organization (FAO), recently told attendees of the International Forum of Agricultural Robotics.

“The challenges ahead are not only technical but also socioeconomic, in particular with regard to capacity building and the need to fully understand the principles and technologies involved,” he added.

A report published earlier this year by the FAO highlights several barriers that exist for producers interested in using robots on their operations. According to the report, most robots are in their first models of development and currently have high price tags. While robots may prove effective at reducing labor costs, they will require specialized parts and expert maintenance, which may come with added costs.

Additionally, most robots require access to an IT infrastructure for programming, utilizing GPS capabilities and sharing data. A 2019 USDA report found about 25% of U.S. farms did not report having access to the internet, which means that, at present, these producers likely do not have the proper infrastructure to support the use of robots.

“If we aim to have robots all over the countryside, we need to emphasize that the infrastructure has to be in place,” Santiago Santos Valle, an agricultural engineer for the FAO, said at the forum. “Otherwise, our efforts will be in vain.” 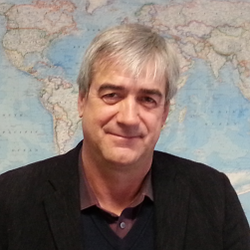 Since most ag robots are fairly recent inventions, Santiago said an important step in heightening awareness means educating producers, extension agents, people in agribusiness and policymakers about how robots work and how they can be used.

“It is easier to supply a technology than it is to set up a system to make it sustainable,” Santos Valle said.

However, some companies have found ways to slowly bridge the gap between farmer and robot.

FarmWise, a California-based company that developed an autonomous vehicle for weeding a variety of specialty crops, operates on a pay-per-acre model. The company does not sell its Titan FT-35 vehicles. Instead, the farmers pay for each acre that the robots work and in return, FarmWise takes care of the transportation, operation and maintenance.

“We believe that service model is really today allowing us to offer a win-win situation to farmers we work with,” Pauline Canteneur, a business strategist for FarmWise, said at the conference. “They have full flexibility over using our service or not. They also have access to the latest upgrades on the robot. On our end, we were really able to have a faster go-to-market strategy and have, you know, everyday field hours.”

Weed-picking robots like the Titan FT-35 or NAIO Technologies’ TED and DINO, ecoRobotix’s AVO and Odd.Bot’s Weed Whacker hold a particular interest for both manufacturers and producers.

“There's a number of companies that are trying to provide mechanical weeding services, across here and Europe,” Girish Chowdhary, a professor of agricultural and biological engineering at the University of Illinois at Urbana-Champaign, told Agri-Pulse. “The main idea is to basically address the herbicide resistance crisis and reduce the use of herbicide with robots.” 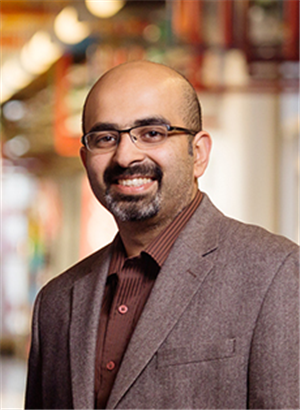 Chowdhary serves as the Co-Founder and CTO of EarthSense, a company that worked with public partners to create the TerraSentia field phenotyping system. The result of the project was a small, white robot that drives through fields and measures the stem-width and leaf area index of crops, while also watching for leaf and stem diseases.

“The idea there is to collect data, help the seed companies breed better seeds by giving them access to under-the-canopy data — which typically right now they either don't have or they have to get it manually, which is very costly,” Chowdhary said.

Aside from weeding and collecting data, there are a number of other robotic projects that are being tested or implemented on operations. TerraClear, based in Idaho and Washington, has developed a semi-autonomous rock picker. Faromatics, a company located in Spain, created a ceiling-suspended robot called ChickenBoy that uses sensors to measure ambient conditions, broiler health and technology malfunctions on poultry farms. The French company SITIA has created the TREKTOR, an autonomous hybrid tractor that uses variable track and height to adapt to different field settings. Major equipment brands like John Deere and Case IH have also tested fully autonomous tractors.

While a large number of robots are making their way into the marketplace, it will take time for them to become accessible and usable by the average farmer. However, organizations like the FAO are working to find ways to equip farmers for their use.

“We see that the drivers are there,” Santos Valle said. “They’re all over the place. So we think the transition has to happen and will happen. We just need to make sure that we do it in the right way.”