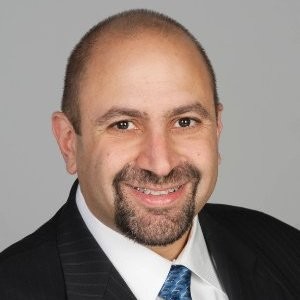 After 40 years, Dan Duda is retiring from Duda Farm Fresh Foods where he has been the CEO and former president of the six-generation family-owned company. Sammy Duda, Dan’s brother, will continue to lead the family business as president.

Naturipe has hired Alvaro Alezard as vice president of finance. Alezard has worked for Hope’s Cookies as chief financial officer and Baldwin Richardson Foods as vice president. Before that, he worked in the pharmaceutical industry for 17 years in various roles.

Fall Creek Farm & Nursery has brought Tom Blaser on to be a part of the company’s board of directors. Blaser most recently served as a senior vice president and chief financial officer of W.R. Grace.

The Bureau of Reclamation California-Great Basin Region has selected Scott Taylor to be Commissioner Brenda Burman’s CGB liaison in Washington DC and Ankur Bhattacharya as the regional liaison in Sacramento. Taylor joined Reclamation in 2008 as an economist intern in the Upper Colorado Region. He joined the CGB Region in 2013 as a repayment specialist in the South-Central California Area Office. Bhattacharya joined Reclamation in 2012 as an engineering intern with the Division of Resources Management where he assisted several operations and maintenance initiatives throughout the CGB Region.

Western Growers Insurance Services (WGIS) has hired Nate Flandro as its new sales executive for commercial insurance. Flandro brings 20 years of experience in workers’ compensation and property and liability insurance. He will help agribusinesses focus on mitigating financial risks. Flandro most recently was vice president of property and casualty of USI Insurance Services. 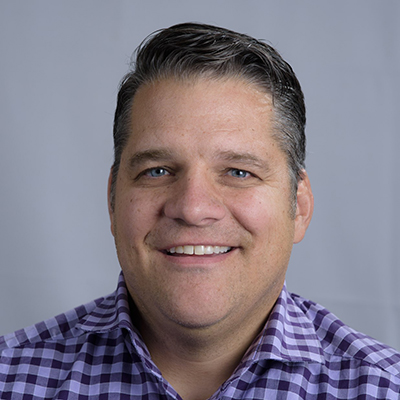 Vanguard International has added Ana Yanez to the sales team as a sales associate, located in the Visalia, Calif., office. Yanez will be responsible for expanding sales into Latin America and will work to help service customers in that market.

Del Rey Avocado has added Victoria Cao as a new sales representative. Cao has worked in various sales positions; she began her career in the fresh produce industry with some of the largest avocado companies.

Kent Fowler and Victor Velez have retired from the California Department Food and Agriculture’s Division of Animal Health and Food Safety Services. Fowler retires after 16 years working in public service. He also has over 25 years in private practice where he treated large animals with a specialty in equine medicine. Velez retires after 34 years at CDFA. In his career, Velez made many contributions to emergency disease eradication, animal identification and traceability, animal movement permitting, and data management.

Bob Cantisano, a California conservationist, died on his home farm in North San Juan after fighting a long battle with cancer. He was 69. Cantisano was known for his love of the earth and his mission to revolutionize farming. Cantisano helped found California Certified Organic Farmers and the Committee for Sustainable Agriculture.

Michael Seyfert has been tapped to lead the National Grain and Feed Association as the new president and chief executive officer, succeeding Randy Gordon who will retire by the end of March after 43 years with NGFA. Seyfert comes to NGFA from the FMC Corp. where he has worked since 2014 in the chemical manufacturer’s Washington office. To read more on Seyfert, click here. 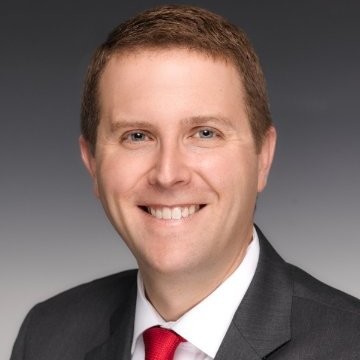 President-elect Joe Biden has chosen Michael Regan, head of North Carolina’s Department of Environmental Quality, to lead the Environmental Protection Agency and Rep. Deb Haaland, D-N.M., to be Interior Secretary. To read more on the appointments check out this in-depth story.

President-elect Joe Biden and Vice President-elect Kamala Harris added additional members of the White House COVID-19 Response team. Sonya Bernstein will be the COVID senior policy adviser, Bechara Choucair will be the vaccinations coordinator, Eduardo Cisneros will serve as the COVID intergovernmental affairs director, Clarke Humphrey the COVID digital director, Carole Johnson the testing coordinator, and Tim Manning the supply coordinator. Osaremen Okolo will be the COVID policy adviser, Cyrus Shahpar the COVID data director, and Courtney Rowe — a veteran of the USDA Office of Communications during the Obama administration — the director of strategic communications and engagement.

Montana Governor-elect Greg Gianforte has appointed Mike Foster to lead the Montana Department of Agriculture. Foster previously was the state executive director of the Montana USDA Farm Service Agency, a position he has held since 2018. 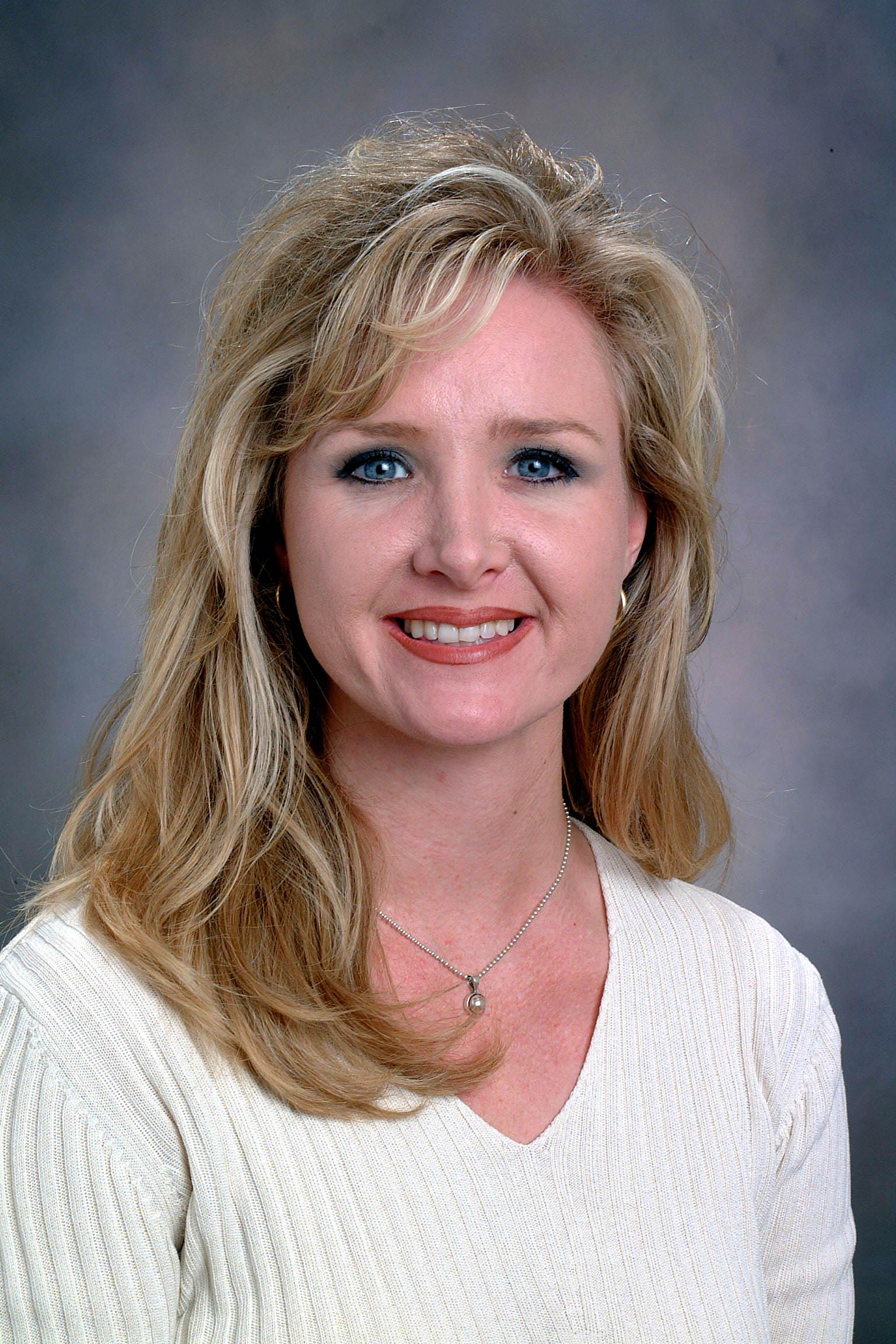 Vivian Moeglein will be the incoming staff director for the House Natural Resources Committee and Chris Marklund will be the deputy staff director. Moeglein currently is the chief of staff for Rep. Bruce Westerman, R-Ark. Marklund previously worked at USDA.

Meghan Cline has left Capitol Hill and is headed West to take on a new adventure later this month with JBS. Cline worked the last 5 years on the Senate Ag Committee, most recently as Sen. Pat Roberts', R-Kan., communications director.

After 33 years with the National Sustainable Agriculture Coalition, Ferd Hoefner has left the organization and has started his own consulting business called Farm, Food, and Environmental Policy Consulting.

Corteva has hired Sam Eathington as its new senior vice president and chief technology officer. Eathington previously worked for The Climate Corporation where he was chief science officer. He has spent nearly two decades focused on molecular breeding at Monsanto. Eathington holds more than 50 patents, patent applications, and publications.

The National Cattlemen's Beef Association has hired Ashley Willits and Sigrid Johannes to its D.C. team as associate directors of communications. Willits formerly worked at the Department of Agriculture as deputy director of external and intergovernmental affairs and Johannes previously worked in the office of Rep. Abigail Spanberger, D-Va., where she led digital media strategy.

Chuck Stones has been confirmed by the Senate to serve on the Federal Agricultural Mortgage Corporation (FARMER MAC) board of directors. He previously was president of the Kansas Bankers Association until he retired in 2019.

Robert Spitzer has retired from the Department of Agriculture’s Foreign Agricultural Service where he was a longtime trade negotiator.

Former deputy secretary of agriculture during the Clinton Administration and former secretary of the California Department of Food and Agriculture, Richard Rominger, died from a heart attack suffered at a restaurant in his hometown of Winters, Calif. He was 93. A pioneer in both commercial, conventional and organic farming, Rominger was known for his character, openness to humility, ability to teach and befriend others, and much more. In his day, he was a strong advocate for sustainable agriculture. To read more on Rominger’s career, click here.

Samuel A. Shanklin, a popular USDA chauffeur for 14 secretaries of agriculture and sub-cabinet officials over a 50-year government career, died Dec. 16 at Inova Alexandria Hospital in Virginia. He was 73. A Washington native, he joined USDA in 1968 after two years in the U.S. Army, including a tour as a truck driver in Vietnam. Following his retirement in January 2016, then-Secretary of Agriculture Tom Vilsack ordered the installation of a plaque in Shanklin’s honor outside the chauffeurs’ office in USDA’s headquarters building. Many USDA alums and congressional staff members recall Shanklin’s upbeat good humor from his time delivering messages to House and Senate offices. “He became a dear, dear friend and steady, calming presence through my entire four years working in the Whitten Building,” said Dawn Riley, who was director of intergovernmental affairs and chief of staff to the deputy secretary in the first Bush Administration. “We stayed in touch all of these years.”

Neal Jack, a leading force behind Jack Bros., a founding member of the Western Growers Association, passed away on Dec. 15. He was 97 years old. Known to be a pioneer in the Imperial Valley, Jack was an advocate for water conservation. He was a World War II and Korean War veteran, and he used what he learned in the military to modernize farming by bringing many of the innovations used in the military back to the ranch.