Broadcast images of overloaded hospitals have replaced videos of hundreds of cars lined up at food banks, but hunger remains a constant problem during the COVID-19 pandemic.

The $900 billion COVID relief bill, passed in late December, is providing new funding for programs to help feed the millions of people whose jobs have been lost to the pandemic.

The package authorized a 15% increase in Supplemental Nutrition Assistance Program benefits through June 30 and provided another $1.5 billion in funding that USDA is using to provide a new round of Farmers to Families Food Boxes, packages of fresh dairy, meat and produce delivered directly to the needy.

But anti-hunger advocates say more help is needed and have already turned to Congress and the incoming Biden administration for help. Ahead of taking office on Wednesday, President-elect Joe Biden proposed a $1.9 trillion aid package that includes an extension through the summer of the SNAP benefit boost. When asked at her Senate confirmation hearing Tuesday what measures would have the biggest impact on the economy, Treasury Secretary-designate Janet Yellen named two: increased SNAP benefits and expanded unemployment insurance.

Some 29 million American adults, or 14% of all adults, reported their household "sometimes" or "often" didn’t have enough to eat in the previous week, according to the Census Bureau tracking survey conducted Dec. 9-21. Prior to the COVID-19 pandemic, 3.4% of U.S. adults said they hadn’t had enough to eat at some point over the previous 12 months.

Meanwhile, demand for food at U.S. food banks has increased 60% since March, according to Feeding America, a network of 200 food banks.

Carrie Calvert, vice president of government relations, agriculture and nutrition, at Feeding America, says that rural counties, which tend to have less access to resources as well as some of the highest rates of food insecurity prior to the pandemic, have been hit the hardest. “Local economies with a lot of food service jobs also have more need,” Calvert noted. “Food banks are doing all they can to secure additional resources.”

She says the need is likely to linger even as Americans get vaccinated. “The question is once there has been effective distribution of the vaccine across the country and people can go back to work and to restaurants, how quickly will the economy recover? We don’t know how quickly consumers will be able to resume spending on travel and restaurants. Wages are stagnant and the purchasing power of consumers is fairly stagnant,” Calvert said.

Prior to the pandemic, food insecurity levels in the United States were the lowest they had been in 20 years, yet 35.2 million individuals, including 10.7 million children, lived in food-insecure households, according to USDA. However, the pandemic will likely wipe out the progress made in recent years.

Feeding America estimates the pandemic and the unemployment crisis have pushed the total number of food-insecure Americans, children as well as adults, to an estimated 50 million. Those numbers are expected to continue to climb.

“Food insecurity is expected to rise to levels we have not seen since the Great Recession, when 52 million people were food insecure,” Calvert said.

The Farmers to Families Food Box program shifted massive amounts of food products from food service channels to food shelves, while seeking to prevent perishable food items from being wasted. It also helped keep producers and growers from economic disaster, food manufacturing plants open, food workers employed, and grocery stores filled as retail demand for food skyrocketed. But the program has not been without its problems.

Including the current round of the food box program, USDA will have spent close to $6 billion on mostly perishable food items — milk and dairy products, meat, produce, and now seafood — to help feed those affected by the pandemic. Funding for the first four rounds filled 132 million 30-pound boxes, and USDA estimates those boxes provided 3.3 billion meals. The current boxes, expected to be delivered through April, should provide close to 1.1 billion meals.

“I don’t want to discount the impact the additional food will have on people who are food insecure, but we were disappointed that USDA did not make improvements to the program. It is not a very equitable program,” Calvert said.

Early in the program, some areas of the country received no boxes. What's more, putting a mix of perishable foods items that require different storage temperatures into the same box occasionally resulted in quality issues.

In mid-May and June, when the first boxes were being delivered, 21 counties received more boxes than they had residents, according to a report from The Counter. At the same time, 1,000 counties — including the entire states of Alaska and Maine — struggled to receive any boxes. While distribution improved in subsequent rounds, inequities still remain, the report notes.

Calvert says food banks are now facing increased challenges keeping up with demand for shelf-stable products — the same products consumers piled into their grocery carts last spring, then again this fall, and that are now stacked in home pantries.

In addition to the $1.5 billion being used for the food boxes, the COVID relief bill includes $400 million to provide commodities to food banks through the Emergency Food Assistance Program, also known as TEFAP; a six-month 15% increase in SNAP, or food stamp, benefits; and a new Dairy Donation Program. USDA is still writing rules for the Dairy Donation Program.

Calvert and other food-security experts say the increase in SNAP benefits will provide the best and quickest benefits to those who need it. “SNAP is the number one thing that will reduce demand on our network,” she said.

About 45 million people currently receive SNAP benefits, up from 35.7 million prior to the pandemic. The 15% increase in benefits, effective January 1, equates to an additional $30 per month for an individual or $102 per month for a family of four. 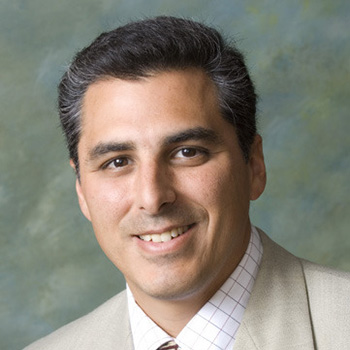 Luis Guardia, president of the Food Research and Action Center, says SNAP helps to quickly stimulate local economies; every $1 spent on SNAP benefits during economic downturns generates between $1.50 and $1.80 in economic activity, he said.

FRAC has called on Congress to make some expansions in SNAP funding permanent. Basing benefits on the “low-cost” meal plan and not the “outdated thrifty” meal plan would be a good first step, Guardia says.

“The low-cost meal plan would be a significantly larger increase in SNAP, which is what is needed. Many people today run out of their SNAP benefits before the end of the month.”

Biden's new coronavirus relief plan, which is his top legislative priority, also would include provisions of a bill called the FEED Act that would subsidize local governments that partner with restaurants in feeding the needy. The idea is to keep restaurants in business while also alleviating hunger.

“If this pandemic has shown us anything, it’s that we need to be innovative in how we respond to this crisis, and that’s exactly what the FEED Act does,” said Rep. Rodney Davis, R-Ill.

"By creating these partnerships between local governments and local restaurants, we can help get meals to people in need more quickly and help the food industry, which is a major employer and a critical part of our economy, during this difficult time," he said.