It’s a historic day for the country as Joe Biden takes office at noon as the 46th president with a plan to hit the ground running on the COVID-19 pandemic, climate change and other issues.

One of the people who will play a key role in carrying out his agenda is EPA Administrator-designate Michael Regan, assuming the Senate confirms him. In an exclusive interview with Agri-Pulse, Regan promises “agriculture will be a significant partner” as EPA tackles a range of issues, including water quality, climate change and environmental justice.

One of the first issues he’ll face is whether to kill the Trump administration rule narrowing the jurisdiction of the Clean Water Act. Regan said the agency would seek to protect both water resources and farmers.

We’ll have the full interview in this week’s Agri-Pulse newsletter.

President Donald Trump recorded a farewell address Tuesday that, among other things, talked up his rollback of regulations and actions on trade policy.

“Very importantly, we imposed historic and monumental tariffs on China (and) made a great new deal with China,” Trump said. However, he went on to say the COVID-19 pandemic had undermined the progress with China “forced us to go in a different direction.”

Treasury Secretary-designate Janet Yellen assured senators at her confirmation hearing that China and climate change would be top priorities for the new administration.

“China is clearly our most important strategic competitor,” Yellen told the Senate Finance Committee. But when the panel’s top Democrat, Oregon Sen. Ron Wyden, pressed her on what the administration would do in the short term to curb unfair Chinese trading practices, Yellen would say only that Biden was “prepared to use the full array of tools” at his disposal. Biden has said he will lift the tariffs that Trump imposed on China but hasn’t said when.

“Mayorkas has not adequately explained how he will enforce federal law and secure the southern border given President-elect Biden’s promise to roll back major enforcement and security measures,” Hawley said.

Sen. Richard Blumenthal, D-Conn., brushed off Hawley’s move, saying his influence was “at an all-time low, even within his own Republican ranks,” following his unsuccessful challenge to the election results. Still, a single senator can block Senate actions that require unanimous consent.

Why it matters: DHS plays a role in administering the H-2A visa program and also is responsible for border, airport and port inspections. 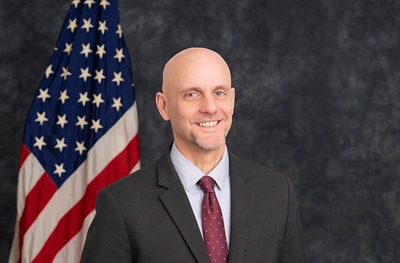 The Trump administration released Tuesday a memorandum of understanding that would overhaul the way the federal government regulates animal biotechnology, but the Biden administration will ultimately decide whether it gets implemented.

The MOU would transfer FDA’s authority for regulating genetically modified food animals to USDA. However, the Biden administration would have to issue new rules out to carry out the plan, and FDA itself staunchly opposes it.

Outgoing Ag Secretary Sonny Perdue said the MOU is between USDA and FDA. However, the agreement was signed not by FDA Commissioner Stephen Hahn, but by Brett Giroir, the assistant secretary for health and head of the Public Health Service at the Department of Health and Human Services.

Hahn blasted the MOU in a series of tweets Tuesday afternoon, saying FDA does not support it and “has no intention of abdicating our public health mandate.”

Ag reaction: The MOU was cheered by both the National Pork Producers Council and Biotechnology Innovation Organization.

Clint Nesbitt, senior director of science and regulatory affairs in BIO’s Food and Agriculture Section, said BIO has to assume the MOU is in effect. “On its face, both parties have agreed to do this,” he said.

But he added, “it won't be fully implemented, really, until USDA finalizes regulations.” The department issued an advance notice of proposed rulemaking last month proposing to split responsibilities for genetically engineered animal products, with USDA taking the food animal side and FDA retaining control over drugs and therapies derived from bioengineered animals.

January is normally a big harvest month for Brazil, but farmers have only just begun with only 0.4% of the crop in as of last Thursday, according to AgRural, a Brazilian farm commodity consulting company. About 2% of the harvest was complete at this time last year.

So far most of the harvest that has come in was planted in Santa Catarina, a southern state.

The weather has been mostly favorable in January, but there have been complaints of dryness in Mato Grosso – the largest soybean growing state. AgRural says it will be updating its production forecast of 131.7 million metric tons later this week.

Israel starts 2021 with US corn purchase

It’s not often that Israel buys enough U.S. corn to get mentioned in one of USDA’s daily export sales report. But the department announced Tuesday that Israeli importers have contracted to buy 100,000 metric tons for the 2020-21 marketing year.

She said it: “We’re doing the inauguration now.” – House Speaker Nancy Pelosi when asked by reporters when the impeachment article against Trump would be sent to the Senate.