Tom Vilsack is reassuring farmers and their allies in Congress that the Biden administration’s drive to address climate change will provide significant economic benefits without jeopardizing demand for biofuels.

During his Senate confirmation hearing Tuesday, Vilsack affirmed that he wanted to use USDA’s Commodity Credit Corp. spending authority to create an agricultural carbon bank but portrayed it as a way to demonstrate that the markets would work.

Directly speaking to an issue raised in recent weeks by the committee's top Republican, John Boozman of Arkansas, Vilsack said "there is a concern that a carbon sequestration bank would potentially benefit investors or benefit third parties. It has to be structured and devised and designed in a way that the principal beneficiaries are farmers. Why? Because we want them to do this, we want to encourage it."

Vilsack also pledged to “aggressively pursue" farmer input on the administration’s climate policy. Executive orders signed by President Joe Biden last week called for doubling the amount of land conserved in the United States and directed USDA “to collect input from farmers, ranchers, and other stakeholders on how to use federal programs to encourage adoption of climate-smart agricultural practices."

He insisted that there would be significant demand for biofuels for years to come, both in conventional motor vehicles but also in aviation and marine applications. Repeatedly citing his own older vehicle, a 2006 Ford Focus, Vilsack said the transition to electric vehicles would take a long time. “There are a lot of reasons why this administration (and) future administrations will continue investing in the biofuel industry,” he said.

He also said he would push ahead with expanding the fueling infrastructure for higher ethanol blends. "We will continue to look for ways to provide assistance, because it's about strong markets for farmers and it's about jobs in rural areas."

Vilsack also promised to do what he could to address the impact of consolidation in meat processing and other sectors. He suggested working with the Justice Department to reconstitute a task force to study the practices in the sector, a step he undertook during the Obama administration.

He didn’t answer directly when Sen. Chuck Grassley, R-Iowa, asked him whether he would bring back a rule he issued in the final weeks of the Obama administration to make it easier for individual livestock and poultry producers to win cases challenging processor practices. The Trump administration withdrew that rule and replaced it in December with a version more favorable to processors.

Vilsack instead emphasized what he sees as a need for increased processing capacity, citing the disruptions caused by the COVID-19 pandemic.

He said a $60 million grant program authorized by the omnibus bill enacted in December is a good start; the measure would subsidize small meat processors seeking to retool their operations so they can qualify for federal inspection, enabling them to sell products across state lines.

Federal efforts to increase processing capacity have “got to be much, much bigger than that in my view,” he said.

He didn't rule out resurrecting country-of-origin labeling requirements for meat, but only if there is a way to ensure that the World Trade Organization finds them legal. Congress repealed previous COOL rules after the WTO authorized Canada and Mexico to retaliate against U.S. exports.

The Obama administration “attempted on three occasions to sort of strengthen the country-of-origin labeling unsuccessfully because the WTO challenges by our Canadian friends, which would have resulted obviously in retaliation,” Vilsack said.

“I am absolutely willing to listen to anybody and everybody who's got an idea about how we can circumvent, or how we can get to a point where the WTO doesn't necessarily slap it down.”

Trade wasn’t a major topic of the hearing, but Vilsack assured Boozman he would work closely with the U.S. Trade Representative to ensure trade agreements are properly enforced, including the new U.S.-Mexico-Canada Agreement.

He also said he would use USDA’s undersecretary of trade to promote U.S. products overseas and cited Southeast Asia and Africa, in the longer term, as lucrative potential markets for American farmers.

No doubt drawing on his experience with the U.S. Dairy Export Council, he also pitched climate-friendly farming as critical to U.S. trade in the future. Vilsack is credited with pushing the U.S. dairy industry to commit last year to becoming carbon neutral by 2050.

He said that technology would be “critically important” in making U.S. agriculture more sustainable. 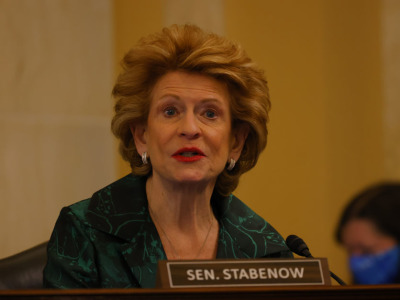 Vilsack's nomination has been criticized on the left, but he has strong support in the Senate. "I know that you will not only bring experience but new ideas," Michigan Democrat Debbie Stabenow, the Ag Committee's incoming chairwoman, told Vilsack.

Addressing concerns that he had done too little to address racial injustice at the department during his eight-year tenure in the Obama administration, Vilsack said it was time to "fully, deeply and completely address the long-standing inequities, unfairness and discrimination that has been the history of USDA programs for far too long."

He did not provide any details of changes he would make, but said he looked "to a future where all are treated equitably, fairly, where there is zero tolerance for discrimination, where programs actually open up opportunity for all who need help and lift the burden of persistent poverty for those most in need."