The House Agriculture Committee will debate a $16 billion stimulus measure that includes a substantial down payment on Democrats’ promise to address racial justice issues. The committee’s draft bill, which will be part of a broader $1.9 trillion stimulus package, would provide sweeping debt relief to minority farmers on USDA loans.

The measure also provides significant new funding to help processors and other parts of the food supply chain address the impact of the pandemic.

Keep in mind: The Biden administration as well as Senate Ag Chairwoman Debbie Stabenow were involved in crafting the provisions. “I partnered with my House colleagues to ensure the bill includes vital support to help families put food on the table, strengthen the food supply chain for farmers, provide critical support for farmers of color and fund rural hospitals," said Stabenow.

Republicans on the House and Senate Ag Committees are angry they weren’t included in the drafting of the stimulus package. Ahead of the House bill’s release, Senate Ag ranking member John Boozman told a crop insurance group: “No Republican has any idea regarding what’s in it in the way of agriculture.”

For more on the stimulus package, as well as the latest on the pace of China biotech approvals and a look at how the 2020 Census will affect rural political power, be sure and read this week’s Agri-Pulse newsletter.

Boozman, R-Ark., also had some harsh words for the Biden administration over their aggressive plans to attack the climate issue.

He doubled down on his assertion that USDA lacks the authority to use the Commodity Credit Corp. as a carbon bank and challenged the department to produce a legal analysis: “I’d like to see some lawyer from the USDA actually put their name to some of the stuff they’re talking about.”

He went on:  “In the case of climate (policy), the end justifies the means,” Boozman said. “It appears they’re willing to do whatever they need to do to cram it down our throats the way they did the waters of the U.S.,” Boozman said. He was referring to the Obama-era water pollution rule that was eventually replaced by the Trump administration.

Keep in mind, Boozman is clearly talking about set-asides like the Conservation Reserve Program.

Democrats and Republicans on the Senate Environment and Public Works Committee joined together Tuesday in a 14-6 vote to send Michael Regan’s nomination as EPA administrator to the floor. 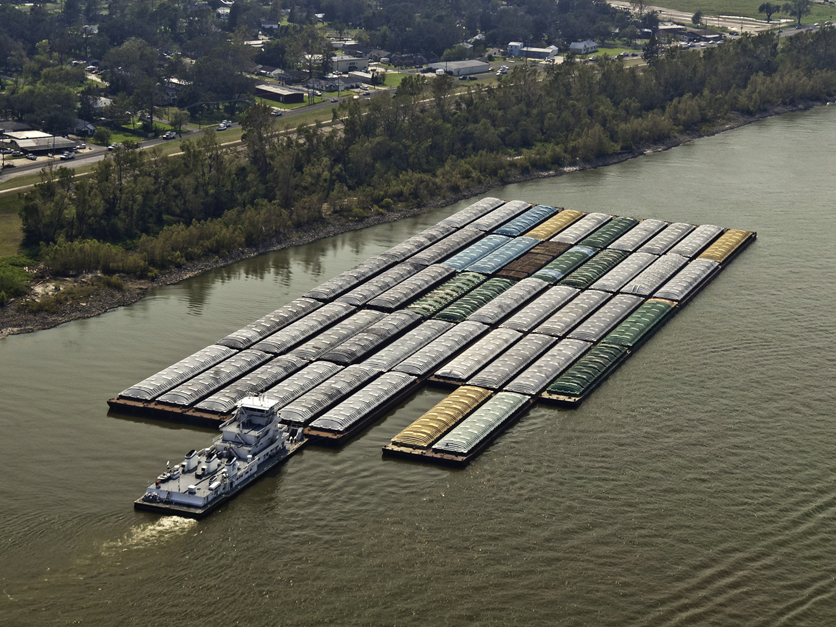 “We expect to have a hearing later this month that focuses on surface transportation reauthorization with a strong climate title,” Carper told reporters. Carper said the committee will also complete a Water Resources Development reauthorization bill by the end of May.

A union representing grocery store and packing plant workers is calling on the federal government to ensure they get hazard pay during the COVID-19 crisis. Many employers offered hazard pay at the start of the pandemic, but in many cases that has lapsed, according to the United Food and Commercial Workers.

Sue Wilmot, a Safeway worker in the Seattle area, told reporters that the local city council required employers to pay an additional $4 per hour, and she said that needs to expand nationwide.

Good weather in Brazil’s midwestern region helped many farmers pick up the harvesting pace of the country’s soybean harvest, but rains are delaying progress in the southern states of Paraná and Santa Catarina, according to the AgRural consulting firm.

The 2021 Brazilian soybean harvest is still the latest in 10 years. The harvest is roughly 4% complete, up from 2% a week ago, but still down sharply from 16% at this time a year ago.

But Brazil is starting with low stocks and the country is expected to sell out quickly.

“This opens the door for a repeat of last year’s market conditions where limited availability of Brazilian soybeans late in 2021 reduces export competition for U.S. new-crop soybeans,” FAS says in a new report.

Even U.S. poultry exports to Cuba – which have been rising for years – fell sharply last year. The U.S. shipped just $143.6 million worth of poultry to Cuba in 2020, a 25% drop from the previous year.

U.S. farm groups and some lawmakers are pushing for the Biden administration to improve trading relations with Cuba after years of new restrictions imposed by the Trump administration. Four Democratic senators introduced legislation this week to end the U.S. embargo on Cuba.

She said it: “Getting hazard pay is not a bonus, it’s about being paid for the serious risks we have to face every day.” - Sue Wilmot, the Safeway worker in the Seattle area.