Surging demand for safe, locally produced fresh vegetables is prompting investors and young entrepreneurs to plant indoor farms that are reaching consumers through some of the nation’s largest retail grocery chains.

Although controlled environmental agriculture, known as CEA, is still a small part of overall vegetable production, indoor farming startups attracted more than $704 million in publicly announced funding in the United States and Europe amid the COVID-19 pandemic.

There are two primary methods of indoor farming: On-ground greenhouses and vertical farms. Greenhouse farming will continue to have more of an impact on the overall fresh greens market, at least in the short term, but vertical farms, which rely on artificial lighting, are being built on a regular basis, typically by young entrepreneurs who often are more savvy about technology than they are about farming.

Experts say the farms can help address a key challenge faced by the food industry, which is sourcing more local and regional produce at scale. Walmart, for example, committed to double its sales of locally sourced produce from 2017 to 2026. And by shortening supply chains and protecting crops from pathogens found in the outdoors such as E. coli, the industry can also limit the impact of outbreaks and recalls.

Some 43% of vertical farms are profitable within the first year, with more than half reporting profitability within four years of starting their farm, according to the 2020 Global CEA Census Report conducted by Agritecture Consulting and Autogrow.

One of the nation’s largest farm operators, Bowery Farming, headquartered in New York, is building a series of facilities for growing leafy green and culinary herbs. The company’s newest farm will be built on a former industrial site in Bethlehem, Pa., as part of an economic redevelopment project.

Bowery will be able to produce 5.5 tons of produce a day, or 20 million clamshell-packaged heads of lettuce a year, which will be sold throughout the Northeast and mid-Atlantic, said company spokeswoman Rachel Alkon.

“Our Bethlehem farm will be the most technologically advanced,” says Alkon. “It is a critical next step in our growth, and its location will allow us to reach 50 million people within 200 miles.”

Since Irving Fain, who grew up in Providence, R.I., founded the company in 2015 at the age of 35, Bowery has raised more than $172.5 million, to build a system of indoor vertical farms. GV, formerly Google Ventures, is one of the firm’s investors. 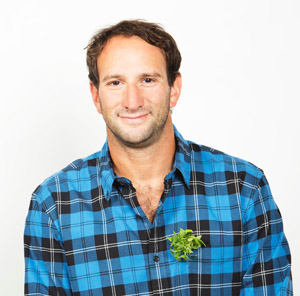 “We are growing pretty rapidly. We had great business momentum prior to COVID, but COVID accelerated our growth,” Alkon said.

Pre-COVID, Bowery products were sold in 100 individual grocery stores. Today they are sold in more than 700, including Stop and Shop, Walmart, Whole Foods, Giant, and Weis, as well as on online platforms like Amazon.

In the coming months, Bowery expects to reach 1,000 stores. Over the past year, Bowery’s sales in brick-and-mortar outlets have grown 600% and its online sales have quadrupled.

Indoor vertical farms, like Bowery, are typically built in warehouses or other large structures with no access to natural sunlight. The crops are grown on vertical elements or are stacked, often by young farmers who had no experience in farming prior to opening their farm. As of now, these farms typically grow leafy greens and herbs, but at least one farm is pushing the boundaries and will soon start growing strawberries.

According to the 2020 Global CEA Census Report, 60% of 371 respondents operate indoor vertical farms, up 20% from the previous year, whereas 36% have on-ground greenhouses. Nearly half, or 49%, had no previous experience in agriculture when they founded their company and 79% were under the age of 40.

The two top styles of CEA farming overlap to some degree, but indoor vertical farms have total control over their crops because they are not affected by variations in sunlight, and their crops grow faster. Vertical indoor farms are quick to build and are typically located near large population centers in the northern tier of the country, reducing the time from harvest to consumer from about a week for field crops to one day.

Henry Gordon-Smith, founder and CEO of Agritecture, says while more investment money appears to be flowing into vertical farms, the total volume of product coming out of these farms is probably less than 5% of that coming out of greenhouses.

“There is enormous interest in vertical farming. The U.S. is seeing the biggest share of the investment and it seems to be heating up,” Gordon-Smith said. “Interest is being driven by a lot of different fundamentals — climate change, premium-quality products that are perceived as more environmentally friendly and consumers who appear willing to pay more for these products, and a decline in the cost of LEDs, which accounts for 40% of a vertical farm’s capital cost.”

Both government subsidies and the cost of manufacturing components have helped drive down the price of LEDs.

A white paper published by S2G Ventures, Growing Beyond the Hype, notes that investment in the CEA space in North America and Europe surpassed $1.8 billion over the past decade and the median size deal has nearly doubled since 2017. So far, more than 150 investors have put money into North American CEA startup growers, with corporate interest and involvement spanning the supply chain.

In October, the nation’s largest consumer brand of berries, Driscoll’s, and San Francisco-based Plenty, another one of the largest indoor vertical farms in the United States, announced a joint development agreement in which Plenty will produce Driscoll’s strawberries in its indoor vertical farm in Laramie, Wyo.

Softbank Vision Fund and Driscoll’s closed a $140 million series D round of funding for the startup in October, bringing Plenty’s total funding to $500 million. Amazon founder Jeff Bezos was an early investor in Plenty.

Like other indoor vertical farms, Plenty says it uses up to 99% less water and a fraction of the land that conventional growers use, as well as no pesticides or herbicides.

The company, founded by Matt Barnard in 2013, sells leafy greens to Whole Foods and Safeway stores in California. “It wasn’t until I moved to California that I learned that a couple of thousand miles and a week in a truck has a way of destroying, what is otherwise, some amazing fresh produce,” Barnard, who unlike Fain grew up on a farm, said in an interview with Ag Funder News.

Plenty’s farm is located about 30 miles from Whole Food’s Bay Area distribution center. While technology has been rapidly improving in this sector, Pantaleo says, “growing strawberries under LED lights is the moonshot, the holy grail.”

New Jersey-based Oishii Berry, founded by Hiroki Koga, is currently growing a cultivar of a Japanese strawberry, the Omakase berry, one of the first times strawberries have been grown in a vertical indoor setting and the first time the cultivar has been grown outside of Japan. The firm sells a package of eight large berries to high-end New York restaurants for $50. 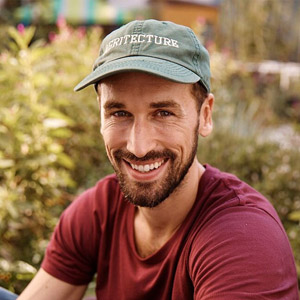 Gordon-Smith agrees that growing strawberries on a larger commercial scale is an exciting area for indoor farming. “You can technically grow them,” Gordon-Smith says. “I would say it is feasible to have them commercialized in two to three years. The other berries are more difficult. I don’t think we will see blackberries or blueberries anytime soon.”

By 2025, S2G ventures projects sales of vegetables and fresh cut herbs for indoor vertical farms will reach $1 billion and account for 3.1% of total sales, up from an estimated 0.7% this year, while greenhouse sales will surpass $3 billion, or 9.5% of total sales, up from an estimated 7.1% in 2021. Combined, they will account for nearly 13% of all sales. Looking beyond 2025, S2G Ventures predicts select retailers will invest in CEA operations close to distribution centers, and legacy growers will respond with their own indoor investments as the material impact to their business grows.

Proponents of the industry say the shift will provide a number of benefits. An additional 2.3 billion pounds of product could be produced locally, resulting in a 2-trillion-mile decline in food miles traveled, and a 15% reduction in the need for fresh vegetable imports. It would also reduce waste by 1.3 billion pounds and water use by 330 billion gallons.

While more money is being poured into vertical farms, greenhouse farming has also been making deals.

Minnesota-based Revol Greens raised $68 million in a funding round led by Equilibrium Capital to build a new greenhouse in Texas, bringing the company’s total funding to $215 million. Revol CEO Mark Schulze says the current round of funding will make the company the world’s largest indoor lettuce producer by the end of 2021. With the addition of the Texas greenhouse, Revol will produce 33 million pounds of fresh greens annually.

That compares with more than 4 million for Bowery, but the vertical operation does it using much less land and even less water. Gordon-Smith estimates yields from vertical indoor farms for identical products are about 20% higher than greenhouse yields.

AppHarvest, a developer and operator of large greenhouse farms, recently merged with Novus Capital, a publicly traded special purpose acquisition company, which allowed AppHarvest to go public. The merger provided $475 million in gross proceeds to the greenhouse developer and operator and an overall company value of $1 billion. Equilibrium Capital recently provided $82 million to AppHarvest to open one the world’s largest greenhouses at 2.76 million square feet, about 63 acres, in Morehead, Ky., to grow tomatoes. The first tomatoes were harvested in January.

According to Johnathan Webb, the firm’s founder and CEO, the greenhouses will supplement natural sunlight with LED lighting, use recycled rainwater, and will produce products for sale in Kroger, Publix, and Walmart stores. AppHarvest recently hired David Lee, the former chief financial officer for Impossible Foods.

“Greenhouse agriculture will have a bigger impact on the food supply, both globally and in the United States, even though greenhouses require more space than vertical farms,” Gordon-Smith said. “I don’t think space will be the issue.”

Pantaleo believes indoor vertical farming will continue to be a supplement for outdoor farming because it requires a fraction of the land and water, offers the most control over food safety channels, and provides a consistently reliable supply, which was confirmed during the early months of the pandemic.

Moreover, the product produced by indoor vertical farms not only has a growing customer base because it goes beyond organic, but farmers will also need to produce 70% more food by 2050 to feed a projected 10 billion people, many living in dense urban centers.