Home » When it comes to carbon markets, farmers should have plenty of questions
Environment News Rural WEST

When it comes to carbon markets, farmers should have plenty of questions

Farmers face a bewildering set of choices and requirements as new carbon payment plans and markets are proliferating. Producers risk getting entangled financially if they don’t ask the right questions upfront.

“For most growers right now this is really confusing. There are too many options,” Aldyen Donnelly, co-founder and director of carbon economics for Nori Inc., said during a Farm Foundation online forum on Tuesday. Nori is operating a pilot program to pay farmers for removing carbon from the atmosphere.

The rules for existing programs, which are being driven largely by corporate commitments to offset greenhouse gas emissions, can vary wildly on such issues as whether farmers will get paid based on their farming practices or for the amount of carbon they keep out of the atmosphere.

Another issue has to do with how long practices or carbon sequestration must be maintained by the farmer or landowner.

Nori and Truterra, an arm of the Land O’Lakes farmer cooperative that has partnered with Nori, both have lists of questions they say farmers should ask before signing up for a carbon program. Among them:

Among the variety of programs now underway, payment rates or prices for carbon credits can be determined in different ways. In Nori’s case, farmers consign their credits to the company at a minimum floor price that the producer wants. The company charges a 15% transaction fee.

Indigo Ag has been signing up farmers who will make 10-year commitments to sequester soil carbon at a payment rate of $15 per verified ton.

The Ecosystem Services Market Consortium, whose founders include food and agribusiness companies such as General Mills and Cargill, intends to open a broad-based private carbon market in 2022, paying farmers for a range of emission-reducing practices.

Cargill Inc. has undertaken several partnerships to test payments for ecosystem services. A project in Iowa has been paying some farmers $35 to $50 an acre. 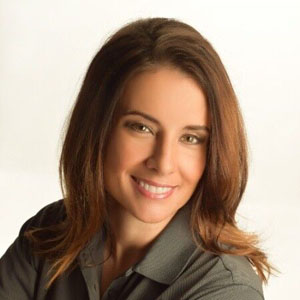 Bayer offers payments to farmers who commit to minimum tillage or the use of cover crops. The commitments generate credits that Bayer will use to offset some of its own emissions or potentially be purchased by other companies.

“We’ve tried to structure our program for simplicity at this time,” said Lisa Streck, carbon business model grower lead for Bayer Crop Science. “We’ll continue to reevaluate our program as we learn more.”

Payment rates are just the start. Cristine Morgan, chief scientific officer for the Soil Health Institute, said one of the biggest questions facing farmers is whether they will get paid for past practices or only for additional practices they undertake to increase soil carbon.

Limiting payments to additional practices seems "too narrow," when the overall goal should be to get as many farmers as possible to adopt more environmentally friendly farming practices, she said.

In Nori's case, farmers can get credit for practices they started anytime over the last decade.

Indigo Ag says credit purchasers are only willing to pay for new practices farmers undertake. "Credits generated as a result of practice changes are valuable because they represent new benefits to soil carbon and emissions reductions, above and beyond 'business as usual,'" according to Indigo's FAQ for growers.

Another key question, especially if credits are based on the amount of carbon a grower keeps in the soil, is how to measure and track that progress.

The Soil Health Institute is developing sampling equipment that is intended to reduce the cost and time it takes to measure soil carbon. Carbon amounts vary widely from place to place in a single field and are generally highest near the surface.

For carbon markets to be viable, Morgan said "ultimately what we need to do is be able to verify or measure or report with some level of certainty that we actually have had a change in carbon in our soil."

Among the questions that are still unanswered is what role the government will play in carbon markets or in facilitating payments to farmers. The Biden administration has been considering the potential use of the USDA's Commodity Credit Corp. to establish a carbon bank that could buy credits and essentially put a floor under their value.

Meanwhile on Capitol Hill, lawmakers are developing legislation aimed at accelerating the development of carbon markets by authorizing USDA to certify services that would verify the validity of credits that farmers want to sell.

“One of the biggest negative impacts we can have is having a bad marketplace that frankly screws over farmers,” he said. “That’s going to hurt the rate of adoption.”

McCarty suggested that it’s not too early for farmers to start preparing for a carbon marketplace by collecting the records they have on soil sampling and metrics such as fertilizer applications and fuel use.

“Once you have that data, the ability to enter into these conversations becomes that much easier,” he said. “Don’t be afraid to start with a pen and a pad.”

That's essentially what his operation is doing now as the owners decide how to market their farms' environmental benefits. "We're building the plane as we're flying it. We're implementing a tremendous amount of regenerative ag practices, while at the same time we're trying to build the system to quantify the impact that that's having," McCarty said.