You won’t want to miss the 2021 Agri-Pulse Ag and Food Policy Summit, which kicks off Monday with a keynote address from Ag Secretary Tom Vilsack.

During the online summit, which will feature three half-day sessions, we’ll hear from some of the industry's top minds as they discuss “Climate Risks, Rewards and Uncertainties.” Register at Agri-Pulse.com.

The House has passed the Farm Workforce Modernization Act for the second time since the end of 2019. But the bill’s supporters lost a bit of ground with Republicans on Thursday, and the path through the Senate may be as difficult as ever, in part due to the surge of migrants at the border.

Some 30 Republicans voted for the bill this time, compared to 34 in December 2019, when Republicans held fewer House seats. The FWMA was one of  pair of immigration measures that the House voted on Thursday; the other would provide legal status to Dreamers.

What’s next: Sens. Michael Bennet, D-Colo., and Mike Crapo, R-Idaho, will be introducing the FWMA in the Senate.

Sen. Bob Menendez, a New Jersey Democrat who introduced President Biden’s comprehensive immigration proposal last month, told reporters  that the House bills could be part of a larger reform package. “Our goal, [is] to see if we can come together with a series of Republicans to see how far we can go, which I would assume to be inclusive” of the House bills, he told reporters. 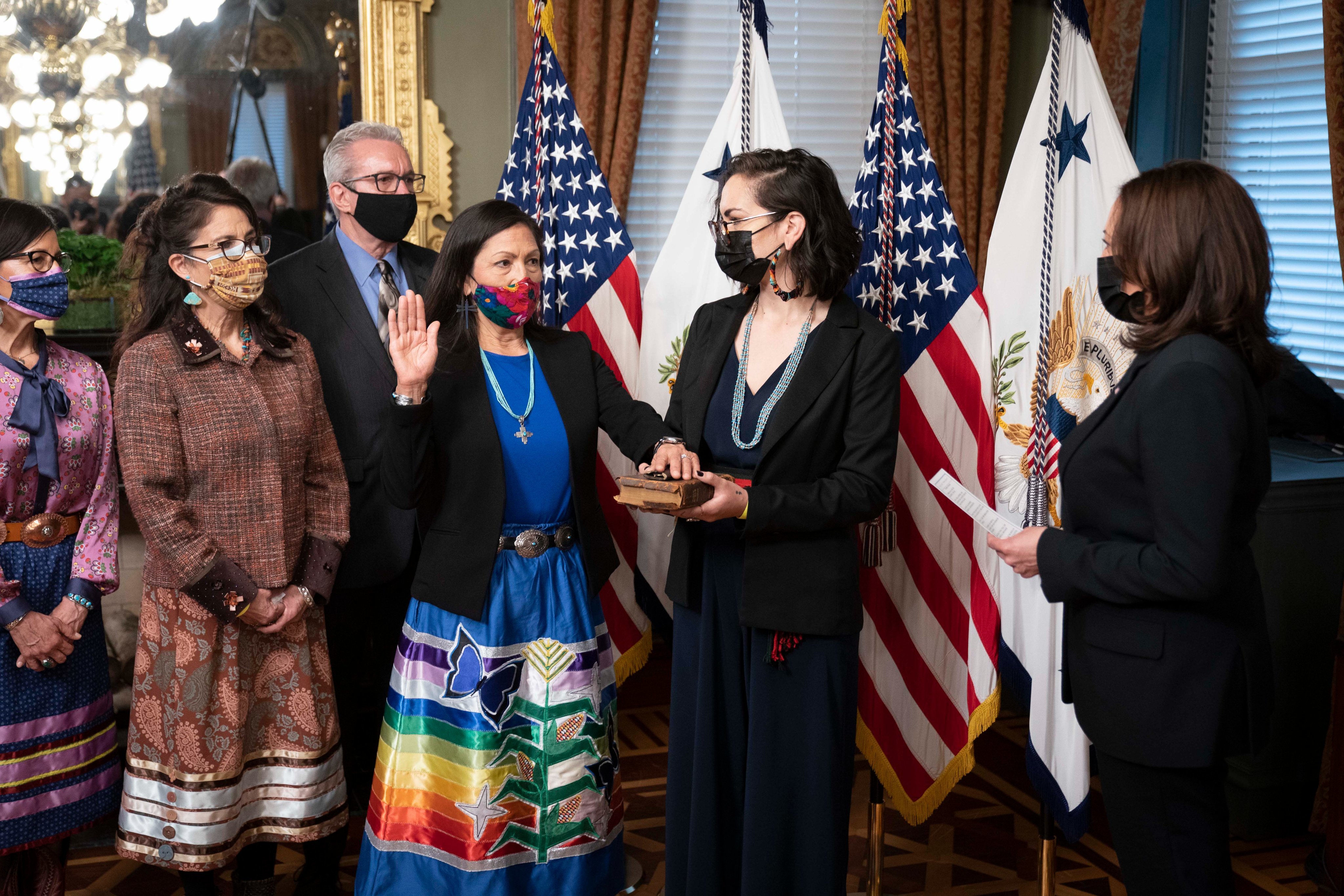 Deb Haaland was sworn in as Interior secretary Thursday, followed later in the day by U.S. Trade Representative Katharine Tai.

Meanwhile, the Senate voted 68-30 to advance the nomination of Boston Mayor Marty Walsh to be secretary of labor. As secretary, Walsh would be in charge of regulating worker pay and safety as well as administering the H-2A program.

Bronaugh hearing could happen in April

A hearing for Deputy Agriculture Secretary nominee Jewel Bronaugh could come as early as April after the upcoming Easter recess. The Senate Agriculture Committee’s top Republican,  John Boozman, says he’s willing to get the hearing done as soon as possible.

“I would assume that we could get it done by then. There’s no reason not to go forward,” Boozman told Agri-Pulse.

Dozens of food and ag groups support Bronaugh’s nomination. She currently serves as Virginia ag commissioner and would be the first woman of color to hold the No. 2 spot at USDA.

Meanwhile: The House Ag Committee has scheduled a hearing next week on Black farmers. This comes amid complaints by committee Republicans that Democrats rushed into law a $4 billion debt relief program for minority farmers without studying the issue.

In the wake of Brexit, the United Kingdom is hearing from supporters and opponents of gene editing as the government considers deregulating the technology when it produces organisms that could have been achieved through conventional breeding.

Commenting on the “consultation,” as it is called, the Biotechnology Innovation Organization said the UK “has the unique opportunity to be the first country within Europe to establish a path forward for genome editing technologies,” which would give farmers in England “new powerful tools to enable agriculture to be a solution to the ever-growing threat of climate change.”

The view of the UK’s Department of Environment, Food & Rural Affairs is that “organisms produced by GE or by other genetic technologies should not be regulated as GMOs if they could have been produced by traditional breeding methods.”

A group called Beyond GM criticized the potential deregulation, saying “it is clear that the government has already formed a view on the necessity for deregulation, is pursuing this end and regards it as a pathway to ‘innovation.’”

The temporary deal made this month by the U.S., EU and the UK to suspend all tariffs tied to airplane subsidies was welcomed by the U.S. Wheat Associates, but the group says it is not optimistic that the détente will be permanent.

“While the reprieve is welcome news to U.S. farmers and their customers, many are still cautious,” USW Vice President of Policy Dalton Henry said Thursday. “With parties on both sides of the issue dug in, the four-month window for the tariff suspension is likely not long enough to solve the dispute.”

USDA on Thursday announced another large export sale of corn this week to China in the 2020-21 marketing year – this time 696,000 metric tons. It was the third consecutive day such an announcement was made.

On Wednesday the USDA announced an export sale of 1.224 million metric tons of U.S. corn to Chinese buyers. The sale to China reported Tuesday was for 1.156 million tons.

A Colorado rancher has agreed to pay about $343,000 to resolve violations of the Clean Water and Federal Land Policy and Management Act on private and public lands in the state.

The Environmental Protection Agency announced the proposed settlement with John Raftopoulos Thursday, which includes a $265,000 fine and about $79,000 in damages for discharging dredged or fill material into Vermillion Creek and its adjacent wetlands from 2012-2015.

She said it. “Any of us who have visited farmworkers in the fields, and some of our members have been farmworkers themselves, or children of farmers, know that the environment, the heat, the chemicals, the rest, are challenging.” – House Speaker Nancy Pelosi, D-Calif., arguing for passage of the Farm Workforce Modernization Act.