House Agriculture Committee Chairman David Scott says he’ll be working with Republicans on a landmark bill to help Black farmers, following on the debt relief that was part of the new stimulus package.

Scott talked briefly about his plans at the close of a historic four-hour-hearing hearing Thursday on Black farmers. Scott didn’t provide a lot of detail about what will be in the legislation. But he suggested it would include provisions aimed at getting more land in the hands of Black producers.

A Senate bill called the Justice for Black Farmers Act would authorize USDA to acquire land and provide Blacks with land grants of up to 160 acres.

“The fundamental problem that we have is to make sure that we increase the market share of the products that our Black farmers are bringing and producing to the agricultural market. We’re going to have some incentives in there so we can increase that,” Scott said.

He went on, “We will also have things in this bill that will increase the number of Black farmers that we have, the acreage we own.”

GOP view: A spokesperson for the committee’s top Republican, Glenn “GT” Thompson,  said “Chairman Scott has not yet reached out to us on this bill, but we look forward to opportunities for bipartisan discussions coming out” of the hearing.

Read about the hearing here.

During the hearing, Rep. Michelle Fischbach, R-Minn., raised concerns about a key tax proposal President Joe Biden made during his campaign: Eliminating the step-up in basis on inherited assets. That could sharply increase the taxes an heir would owe when selling inherited land and other assets.

Fischbach wanted to know how eliminating the step-up could affect generational Black farms. Vilsack said he hadn’t discussed basis step-up with anyone else in the administration, but he said the basis step-up is an “important aspect of the countryside. … It provides an opportunity for transfer to the next generation.”

Labor Department set to crack down on farms

The Labor Department has begun an education, outreach and enforcement initiative targeted at workplace protections for farmworkers.

The department says it’s seeking “to reduce agricultural industry violations through enforcement” of wage regulations. Education and outreach efforts will be targeted to farmworkers and their advocates.

Jessica Looman, principal deputy administrator of the department’s Wage and Hour Division, said the department “is committed to ensuring industry employers comply with federal labor laws and that they pay farmworkers all of their hard-earned wages.”

Read our report on concerns about farm labor contractors here. 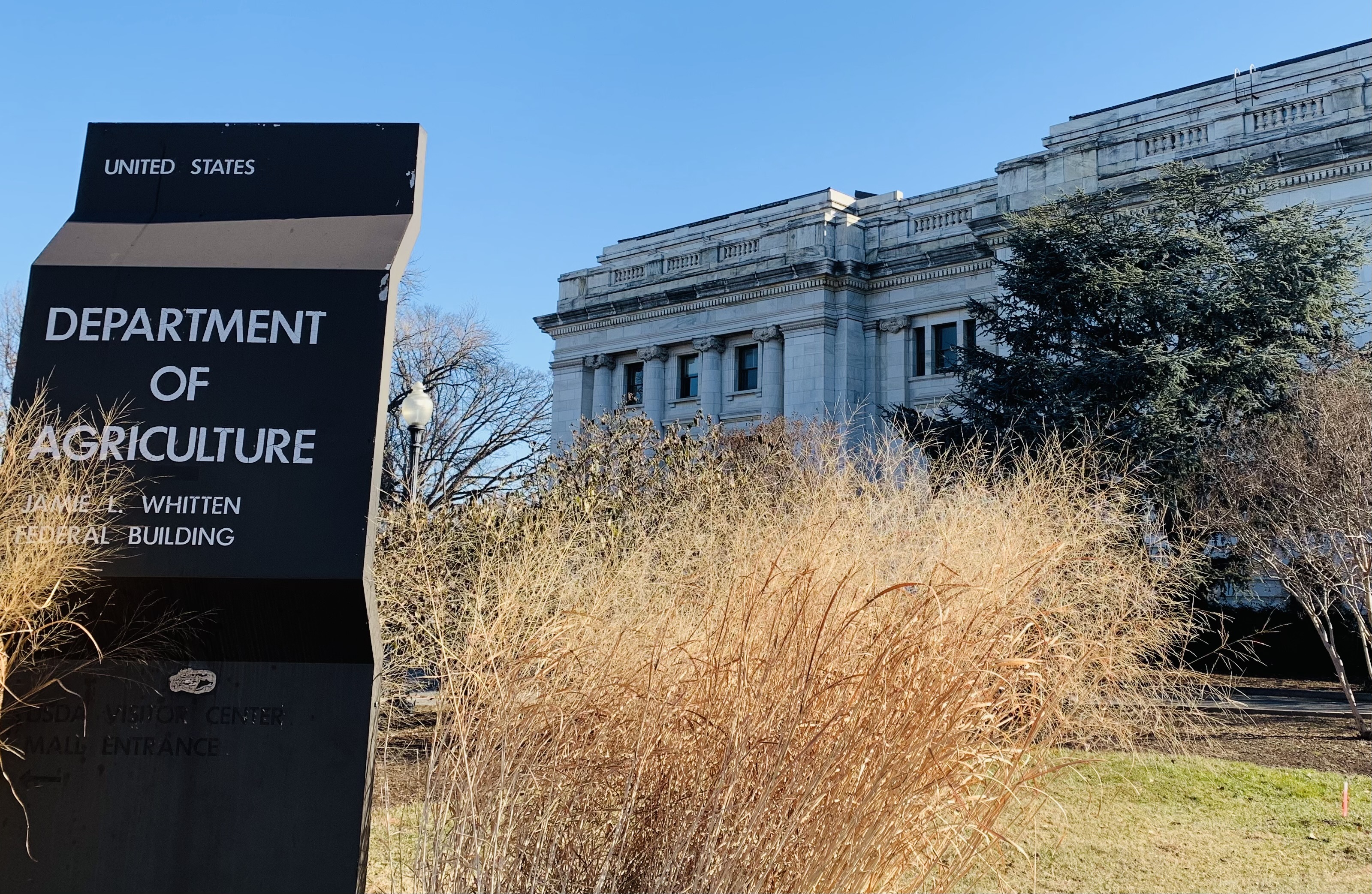 The Farm Service Agency is bringing more employees back into some of its local offices. According to a statement provided to Agri-Pulse, as much as half of the FSA workforce can be back on site in service centers that are “doing mission critical work.” FSA offices had been limited to having 25% of their workers on site.

The USDA statement said the change was based on advice from the Centers for Disease Control and Prevention. Even with employees working remotely, program sign-up levels and other service levels are consistent with the past two years, the statement said.

Take note: North Dakota Sen. John Hoeven, the top Republican on the Senate Agriculture Appropriations Subcommittee, has been pushing USDA to get as many employees as possible back in the local offices. Farmers “would prefer to go in” the local offices and talk to staff in person, Hoeven told Agri-Pulse.

The Senate Agriculture Committee’s top Republican, Sen. John Boozman, objected to using farm program funding for the bill, so Hoeven has been enlisted to find money elsewhere. The bill would put USDA in charge of certifying credit verification services.

Watch our Washington Week in Review interview with Hoeven here. 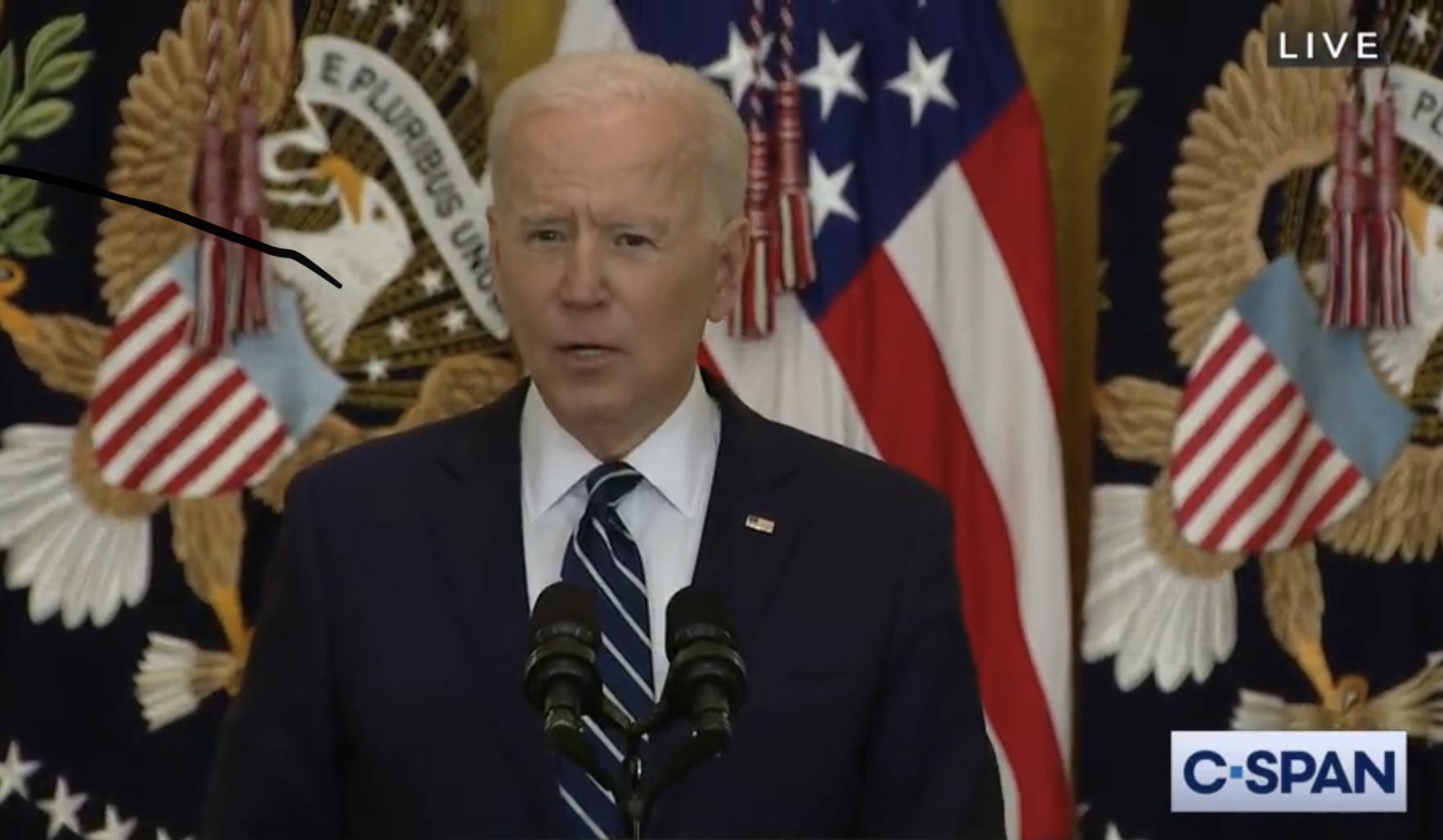 Biden: US global influence won’t be overtaken by China

At his first major press conference, Biden vowed to block China from reaching what he said was its goal of becoming the most powerful and wealthy country in the world.

“That’s not going to happen on my watch,” he said. “The United States is going to continue to grow and expand … We’re not looking for confrontation, although we know that there will be steep, steep, competition.”

The U.S. will need to invest much more in scientific research to match the Chinese, he said. Biden said he’s meeting with allied democracies to “make sure we’re on the same page” when it comes to dealing with China.

Talk note: Biden didn’t give any clues on his next steps in dealing with the U.S.-China trade war or the “phase one” trade deal and the tariffs that remain in place.

China bought 4M tons of US corn in one week

The third week in March was a very good week for U.S. corn sales to China. USDA reported net export sales of about 4.5 million metric tons of corn from Mar. 12-18 and about 3.9 million tons of that was sold to China for delivery in the 2020-21 marketing year, according to the latest USDA weekly data released Thursday.

China made significant purchase commitments on four consecutive days during the seven-day period, and the USDA announced sales of more than 1 million tons on two of those days.

China needs the corn as the country works to rebuild its swine herd after losing much of its pigs to African swine fever. Another factor: High domestic corn prices in China.

Environmental organizations and farmworker groups are challenging EPA’s approval of a medically important antibiotic, streptomycin, for use as a pesticide on citrus.

The agency violated the Federal Insecticide, Fungicide, and Rodenticide Act by failing “to ensure that the use of streptomycin would not cause unreasonable harm to human health or the environment,” the groups say in a petition filed in the 9th U.S. Circuit Court of Appeals. EPA also should have consulted with federal wildlife agencies about the effects on endangered species, the petition says.

She said it. “Our meals are not nutritious until they are in the belly of our students.” – Jessica Gould, director of nutrition for the Littleton, Colo., schools, arguing at a Senate Ag Committee hearing Thursday that kids won’t eat some of the foods that comply with USDA nutrition standards. Read our report on the hearing here.