The House Agriculture Committee is adding seven new Republican members. All but one, Texas Rep. Michael Cloud, are first-term members. The others: Kat Cammack of Florida, Randy Feenstra of Iowa, Michelle Fischbach of Minnesota, Tracy Mann of Kansas, Mary Miller of Illinois and Barry Moore of Alabama.

The Biden administration is taking a significant new step toward undoing the regulatory relief provided by former President Donald Trump’s Environmental Protection Agency: The agency has asked the Justice Department to pause litigation involving Trump-era EPA rules that are being challenged in court.

In a letter, Acting EPA General Counsel Melissa Hoffer asked that DOJ lawyers "seek and obtain abeyances or stays of proceedings in pending litigation seeking judicial review” of any EPA rules issued by the Trump administration, “or seeking to establish a deadline for EPA” to issue regulations.

Why it matters: The cases affected include challenges to the Navigable Waters Protection Rule, which replaced the Obama-era “waters of the U.S. rule.” Also affected: EPA’s implementation of the National Environmental Policy Act. Both rules are on a long list targeted for review by the new administration.

The National Cattlemen’s Beef Association and many of its state affiliates are throwing their support behind three of Biden’s nominees: Tom Vilsack for USDA, Michael Regan for EPA and Katherine Tai for U.S. Trade Representative.

NCBA has sent the Senate separate support letters on each nominee. The letter backing Regan says his previous experience with “both EPA and North Carolina’s Department of Environmental Quality will be exceedingly valuable as he seeks to foster productive relationships in his role as EPA Administrator.” 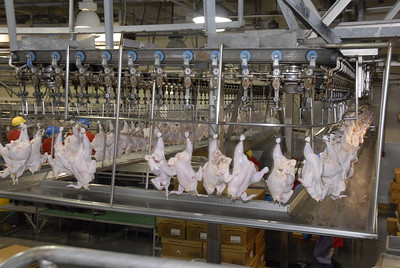 Another regulatory relief initiative of the Trump administration has been sidelined with USDA’s withdrawal of a proposed rule that would let poultry plants increase line speeds. The department tells Agri-Pulse the action is in line with President Joe Biden’s order to agencies to take a new look at the Trump administration’s late actions.

The poultry industry isn’t ready to give up on the plan. National Chicken Council Senior Vice President of Scientific and Regulatory Affairs Ashley Peterson called the withdrawal “a standard process that every incoming administration does” so it can review pending regulations before deciding on a course of action.

Despite an increase in line speeds at some plants from 140 birds per minute to 175, NCC says illness and injury rates at poultry plants have been falling.

But, but but: The Humane Society Legislative Fund, Food & Water Watch and the National Council for Occupational Safety and Health applauded the move. HSLF President Sara Amundsen said the rule would have been “an animal welfare and worker safety nightmare.”

Taiwan has made clear that it wants a free trade agreement with the U.S., and the country continues to lift barriers to ag trade. The USDA’s Foreign Agricultural Service says the latest move by Taiwan was to remove restrictions that required U.S. blueberries and onions to go through an “enhanced” quarantine treatment that made it 50% more likely they would get inspected.

Taiwanese President Tsai Ing-wen announced over the summer that the country would lift restrictions on ractopamine residue is pork and cattle slaughter age restrictions on beef.

Bi-khim Hsiao, head of Taipei Economic and Cultural Representative Office in the U.S. – what is essentially Taiwan’s embassy in Washington – attended Biden’s inauguration. “I look forward to working with the next U.S. administration in advancing our common values and interests,” she said,

U.S. and European ag groups are pressing Biden and European Commission President Ursula von der Leyen to suspend tariffs on goods ranging from orange juice to cheese that have been levied because of clashes over aircraft subsidies and steel and aluminum trade.

“The ongoing EU-U.S. trade disputes and additional tariffs, which continue to plague Trans-Atlantic trade, have made a bad situation worse,” the groups say in a letter to both presidents. “With the damages we have suffered last year and are still suffering, the current situation cannot be allowed to go on any longer.”

Biden often talked about strengthening U.S. ties with the European Union on the campaign trail and he reiterated that commitment Sunday in a call with French President Emmanuel Macron.

Former USDA Chief Economist Joe Glauber says the Biden administration’s rollout of vaccinations will be critical for quick improvement of the food and agriculture sectors.

“Getting the disease under control is going to be, long term … what is going to get this economy going and bring people back to restaurants,” said Glauber, who is now senior research fellow at International Food Policy Research Institute. Glauber was speaking on a webinar in conjunction with the International Dairy Foods Association’s annual Dairy Forum.

Despite a reduction in COVID-19 cases at meat processing plants, the food supply chain is still vulnerable and needs a lot of attention to ensure the safety of plant workers and avert additional disruptions, Glauber said.

USDA is now estimating 921 million people in the world’s poorer countries are food insecure, an increase of 160 million since the COVID-19 pandemic began. The new estimate is based on a fresh set of macroeconomic projections for 76 low- and middle-income countries.

Gross domestic product in those countries fell by more than 5% in 2020 as a result of the pandemic, according to USDA’s Economic Research Service.

USDA still expects the food-insecure population to fall dramatically over the coming decade as incomes rise, dropping to 513 million by 2030. But that’s 27% higher than what USDA had been projecting.

He said it: “I feel confident that by summer we're going to be well on our way to, heading toward, herd immunity.” – President Biden told reporters Monday. He said he thinks vaccines should be available to anyone who wants them by this spring.