How massive? Those pushing for the investment say they’re not sure what the total needs are, and are reluctant to put numbers out there, but Dan Keppen, executive director of the Family Farm Alliance, says it’s likely to top $10 billion.

“I don't know exactly where it's going to be — somewhere more than single digits,” said Keppen, whose group is one of the leaders of a coalition of more than 200 groups calling for a suite of solutions to the western water crisis.

“We're not advocating for any one specific type of project,” Keppen says. “It's an all-of-the-above sort of an approach. So it's a combination of new water supply enhancement projects, new conveyance projects, coupled with demand management.” He also mentioned the importance of funding the Bureau of Reclamation’s WaterSMART conservation grant program and other federal programs that help users conserve, as well as desalination.

Biden's plan is short on details when it comes to water infrastructure, though it does mention western drought, saying it "provides funding for the western drought crisis by investing in water efficiency and recycling programs, Tribal Water Settlements, and dam safety." He also calls on Congress "to invest in protection from extreme wildfires, coastal resilience to sea-level rise and hurricanes, support for agricultural resources management and climate-smart technologies."

Dennis Nuxoll, vice president for government affairs at Western Growers, says “several, several billion dollars” when asked about the price tag, and says the coalition is working on coming up with an overall number. 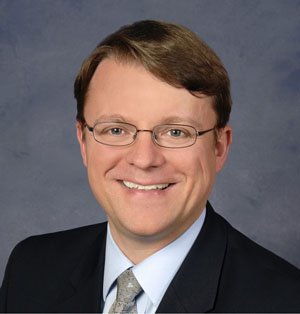 “We are gathering information from all of our stakeholders from the ground up,” he says, in an effort to get a reliable figure on the cost of addressing western water needs. While ”far along that path,” the coalition doesn’t have a final number just yet, he says.

“We actually need to figure out the need,” he says. “The need is not dictated by some funding cap.”

“We will have a better aggregate number estimate here shortly, in plenty of time to influence events,” he says. Noting that House Speaker Nancy Pelosi has said she hopes to have an infrastructure bill done by the August recess, Nuxoll says he expects the overall number to be ready in June or July when congressional committees are working on legislation.

In the meantime, the coalition, whose drivers also include the Association of California Water Agencies, California Farm Bureau and National Water Resources Association, is targeting members throughout the west to push its agenda.

A better outline of what House members, at least, want to see may come Wednesday when House Transportation and Infrastructure Chair Peter DeFazio, D-Ore., holds a hearing for lawmakers to testify on their priorities.

“As someone who has represented a Western state in Congress for over 30 years, I know firsthand the unique water-related infrastructure challenges facing communities out West," DeFazio said in a statement. "That’s why we can’t wait to invest in our aging water and wastewater infrastructure, in order to create good-paying jobs, and we must do so with an eye towards natural solutions and other sustainability measures that are more resilient to extreme weather and climate change.”

“The idea is not to ignore anybody,” Nuxoll says. “We’re trying to get Republicans and Democrats in every western state,” which of course includes any members on committees with jurisdiction over water infrastructure.

"We want things that help species recovery and water for environment, but we also want things like storage, conveyance, repair of existing infrastructure that’s failing,” Nuxoll says. “We’re not really closing the door on any of those things. Our idea is we need a major infusion of resources to react, frankly, to a changing climate which causes changing hydrological conditions.”

In a January letter, the coalition, with members from 15 states, outlines its priorities, which include not just new and repaired facilities, but a regulatory environment that can speed projects along. That may be more difficult with the Trump administration’s changes to the National Environmental Policy Act. Those tweaks were designed to hasten the approval of major projects but are now under attack in the courts.

The Biden administration has serious legal concerns about the changes but has asked a federal court to remand the Trump rule without vacating it. An argument on a challenge to the law is coming up next week.

Some of the ag and water coalition’s members are working with groups such as the Environmental Defense Fund and Trout Unlimited as part of the Western Agriculture and Conservation Coalition, which recently outlined some recommendations in a March 31 letter to congressional committees of jurisdiction including the Senate Environment and Public Works and Energy and Natural Resources committees and the House Natural Resources and Transportation and Infrastructure committees.

To address aging infrastructure, WACC recommended use of a newly-authorized revolving account at the Treasury Department “as a way to provide affordable financing to fund such projects that can help keep our water flowing to farms and ranches across the West as well as providing helping to protect the environment through more efficient and modernized infrastructure.”

Another thing they’re seeking is a higher federal cost-share for “best-in-class projects to produce benefits such as burying energy transmission lines along with buried pipe,” as done in Oregon by the Three Sisters Irrigation District, which piped 55 of 64 miles of canal, installed a fish screen, built “fish-friendly hydropower,” and permanently returned 34 cubic feet per second to the creek “so that salmon and steelhead can swim through Sisters, Ore., for the first time since 1885,” their letter said.

On March 24, Wyden and Merkley reintroduced the Water for Conservation and Farming Act, which among other things would create a Bureau of Reclamation fund of $300 million to support water recycling projects, water-use efficiency projects and dam safety projects, and expand the WaterSMART program to increase water supply reliability by funding infrastructure and conservation projects that conserve water, increase water use efficiency and improve the condition of natural water recharge infrastructure.