Heather Fuller has moved up to vice president of sales at Braga Fresh. She has been with the company for more than five years and previously was the senior director of sales.

President Joe Biden has announced his intent to nominate Doug Parker to be the assistant secretary for occupational safety and health at the Department of Labor. The San Francisco native previously served in the Obama administration as deputy assistant secretary for policy in the Department of Labor’s Mine Safety and Health Administration. Parker was also a member of the Biden-Harris transition team focused on worker health and safety issues. He currently serves as chief of California’s Division of Occupational Safety and Health, a position he has held since 2019.

Biden plans to nominate Republican Cindy McCain as the U.S. ambassador to the U.N. World Food Programme, according to a Politico report. Cindy McCain is the wife of late Sen. John McCain. She would be the first Republican appointee to a Senate-confirmed position in the Biden administration and would take over the post previously held by former Ambassador Kip Tom.

Biden has announced his intent to nominate Chris Magnus to be the commissioner of U.S. Customs and Border Protection. Magnus currently serves as the police chief in Tucson, Ariz. Throughout his career in public safety, he also has served as police chief in the cities of Fargo, N.D. and Richmond, Calif. Magnus has developed a reputation as being a progressive police leader who focuses on relationship-building between the police and community. 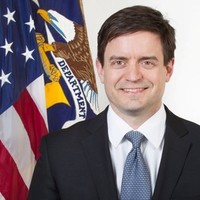 Biden also nominated Robert (Bob) Anderson to be the solicitor of the Department of the Interior. Anderson, who has served as principal deputy solicitor since Jan 20, was a law professor for 20 years at the University of Washington and directed its Native American Law Center. For the past 12 years, he has been the Oneida Indian Nation Visiting Professor of Law at Harvard Law School. Anderson served as the associate solicitor for Indian affairs and counselor to the Secretary under Interior Secretary Bruce Babbitt. He began his career as a staff attorney for the Native American Rights Fund.

The Department of the Interior has also announced additional appointments to the agency. Heather Barmore has been tapped to be the director of digital strategy. She most recently served as editorial director for the Presidential Inaugural Committee and before that was an editorial director for the Biden-Harris campaign. Elizabeth Klein will become the senior counselor to the Secretary. Klein is an attorney who specializes in clean energy, climate change and environmental issues. She has been at Interior before, most recently as associate deputy secretary as well as principal deputy assistant secretary in the Office of Policy, Management and Budget, during the Obama administration. Giovanni Rocco has been selected as the new deputy press secretary. He most recently served as regional press secretary with Biden for President North Carolina. Felicia Salazar has been hired as a speechwriter, and Raina Thiele will be the senior adviser for Alaska affairs and strategic priorities. Salazar most recently served as communications director for Interior Secretary Deb Haaland when Haaland was in the House of Representatives. Thiele served as associate director of intergovernmental affairs in the Obama-Biden White House. 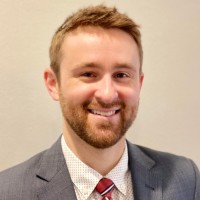 Chaly Jo Moyen has been tapped to be the chief strategy officer and president of Foodservice & International at ConAgra Brands. Moyen comes to ConAgra from The Coca-Cola Co., where she has spent the past 15 years, most recently as senior vice president of strategy, decision science and insights for Coca-Cola North America.

Robert (Robb) Fraley has been asked to join Trace Genomics’ board of directors. In his career, Fraley served nearly 40 years as chief technology officer at Monsanto and helped develop the first genetically modified seed. He retired from Monsanto in June 2018 and continues to advocate for the use of technology to address global food insecurity and reduce the environmental footprint of agriculture. In 2013, Fraley was awarded the World Food Prize.

Mick Messman has been selected to be the new CEO of Douglas Plant Health, a division of Douglas Products that develops nature-based biotechnology products for the row crop, fruit and vegetable, and turf and ornamental markets. Messman most recently was chief operating officer at Clarke, an environmental services company, and has also held roles with Corteva AgriScience, DuPont Pioneer, and GreenLight Biosciences.

William P. Kustas and the late Chad E. Finn will be inducted into the Agricultural Research Service Science Hall of Fame. Kustas, a hydrologist at the ARS Hydrology and Remote Sensing Laboratory in Beltsville, Md., is being honored for scientific accomplishments that include using satellite data with computer models for mapping evapotranspiration. Finn was a plant geneticist at the ARS Horticultural Crops Research Laboratory in Corvallis, Ore. He is being honored for his contributions to the advancement of small-fruits crop research.