“In the American Jobs Plan, they miss the mark in the category called climate-smart agriculture,” which would get $1 billion over eight years under the proposal, the Michigan Democrat told members of the North American Agricultural Journalists on Tuesday.

“I am working to get significant resources in there that fund conservation,” she said. She didn’t specify the amount of money that she is seeking.

Agriculture Secretary Tom Vilsack defended the proposals but told reporters last week during the global climate summit that Biden may be recommending more conservation spending when his complete fiscal 2022 budget proposal is released.

The budget "will send a strong message of support for additional conservation efforts,” Vilsack said. Earlier this month, Biden released an FY22 budget outline that was limited to discretionary spending programs, which are funded by annual appropriations bills. The broader budget will include mandatory spending programs, which are funded under the farm bill and other laws.

A coalition of farm and environmental groups, the Food and Agriculture Climate Alliance, has called for increasing conservation program funding by 10% to 20%, with the increase dedicated to helping farmers reduce emissions, improve soil health and adapt to climate change. FACA also says 1% of program funding should be earmarked for technical assistance.

The coalition wants the increased funding, in part, to make payments to farmers, known as “early adopters,” who may be unable to sell carbon credits for practices such as conservation tillage and cover crops they are already using.

A separate collection of conservation groups as well as the National Farmers Union and National Sustainable Agriculture Coalition is calling on Congress to double spending on conservation programs.

“Increasing baseline funding for the Farm Bill conservation programs and ramping up conservation technical assistance on the ground will enable landowners to mitigate the impacts of drought and flood, improve habitat, improve soil health and long-term food security, create new job opportunities for rural economies, and galvanize the agriculture sector to lead the charge in our fight against climate change,” the organizations say in the letter.

Meanwhile, a partisan struggle continues in Congress over the Biden administration’s idea of using USDA’s Commodity Credit Corp. spending authority to promote climate-friendly practices, either through the purchase of ag carbon credits or other types of payments to farmers. 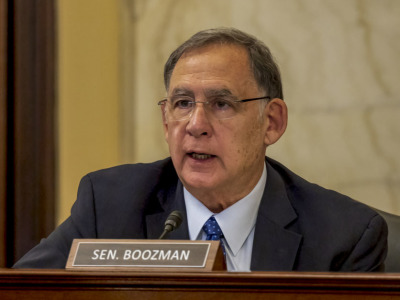 The top Republican on the Senate Ag Committee, John Boozman of Arkansas, opposes the use of the CCC for that purpose and told the ag journalists he has asked USDA for provide a legal justification if it wants to do so.

“It’s very clear in the statute” that the CCC can only be used in connection with agricultural commodities, and calling carbon a farm commodity “is really a stretch,” Boozman said.

Vilsack has indicated the CCC likely would be used on a fairly limited basis initially and that there would be no impact on commodity and conservation program payments.

The FACA coalition has indicated support for using the CCC to fund a carbon bank, but only if the $30 billion spending limit is raised.

Stabenow defended the idea of using the CCC for carbon-related payments but indicated Boozman would have a say on the issue.

“It's all in how we work together with the secretary and with the ranking member of the committee on what those kinds of things look like,” Stabenow said.

In the meantime, Stabenow said she is hoping to get floor action soon on the Growing Climate Solutions Act, a bill approved by her committee last week to authorize USDA to certify ag credit verification services and technical advisers.

“We're hoping in the next number of weeks that there'll be an opportunity for us to include Growing Climate Solutions on the floor. I'm very confident we will be able to bring it up on the floor,” she said. 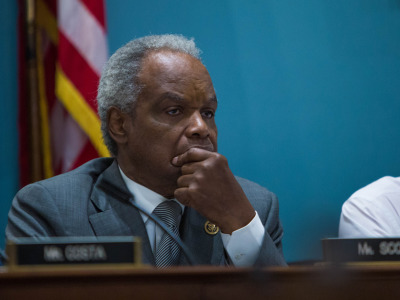 The bill’s future in the House is less certain. House Agriculture Committee Chairman David Scott, D-Ga., told the ag journalists that his committee will hold a hearing to examine various ways that farmers are being paid for climate practices. He repeatedly expressed interest in a program run by agrochemical giant Bayer that pays farmers for using cover crops or reduced tillage.

Bayer announced recently that it is expanding the program so farmers who began using cover crops or reduced tillage methods in 2012 can be eligible for payments up to $9 per acre.

Among the “zillion carbon markets that are just popping up,” Scott said, Bayer’s direct-payment program has “proven successful."

He suggested ag carbon markets need some kind of regulation and standards for measuring carbon sequestration. “We need to put some guardrails in there,” he said.

The House committee’s ranking Republican, Glenn “GT” Thompson of Pennsylvania, opposes the Growing Climate Solutions Act, telling reporters recently that the bill is “a complex solution in search of a problem.”

But Scott said he intends to work with Thompson on the issue. “You will find us working shoulder to shoulder and hand in hand to make sure we address this and pass bipartisan legislation,” Scott said.