High commodity prices are fueling farmers' optimism as planters get rolling this spring, but in some areas the lack of rain is making producers nervous as they plant into the dusty ground.

Over the last several months, extreme drought has plagued much of the western U.S., and it has recently worsened in North Dakota and Texas, according to the latest U.S. Drought Monitor. Roughly 48.4% of the U.S. is in a moderate or worse drought, up from 47.3% a week earlier.

Last year at this time, 14.8% of the nation was experiencing drought. Most of the Midwest showed no drought with abnormally dry conditions only in the Dakotas and northern California.

In the West this spring, shallow wells have been drying up in the San Joaquin Valley and Tulare County, California, where ranchers have culled cattle for sale “months earlier than usual,” according to the Drought Monitor. It also noted producers “were considering idling row crops to leave water for higher-value permanent crops like nut trees.”

In the northern plains, USDA Meteorologist Brad Rippey said durum wheat, spring wheat and sunflower production are all at risk due to the conditions. “There’s certainly questions about the risk involved in trying to sow into dust effectively,” Rippey told Agri-Pulse. “Unfortunately, it is likely we will see drought impacts, barring some gigantic spring storm that refills the soil moisture profile."

Tom Bernhardt, president of the North Dakota Grain Growers Association, said conditions in parts of the state are extremely dry, with sporadic rains here and there. He also said it is unseasonably cool.

“There’s some areas that have gotten a few little showers, just enough to moisten the top inch or so to get the seed out of the ground, but the biggest concern is getting the seed germinated, especially on a uniform seed count,” he told Agri-Pulse.

Bernhardt said there were also areas where winter wheat and rye are emerging that could be in trouble if they don’t get rain soon. Bernhardt grows spring wheat, corn, sunflowers and soybeans. He also has a cow-calf operation and said pastures are dry, too.

“Right now, the pasture conditions are extremely poor, so there is no grass to turn the cattle out to,” Bernhardt said.

According to USDA’s Crop Progress report released Monday, 44% of North Dakota’s pasture is considered very poor, 30% poor, 19% fair, and 7% good. Overall, 47% of the nation’s pasture is rated poor to very poor, 31% is fair, and 22% is rated good to excellent.

Rippey has been watching North Dakota since the mid-to-late summer of 2020 as dry conditions lasted through this winter. He said parts of North Dakota had less snow than parts of Texas.

“Almost a snowless winter and now just dribs and drabs so far this spring that has left North Dakota, and adjacent areas in northern South Dakota and eastern Montana, in very dire shape heading into the spring,” Rippey said.

In western Texas, cotton producers are beginning to get nervous, Plains Cotton Growers CEO Steve Verett told Agri-Pulse. He said producers expect dry weather between January and mid-March, but look for rains by the end of March into April. Those didn't materialize this year.

Texas accounts for more than one-third of U.S. cotton production each year, and much of that is grown in the Lubbock region.

“I’m not aware of any spot on the whole High Plains right now that you could go to the field and plant a dryland crop and expect it to emerge,” Verett said.

He added that some areas in the west and southwestern parts of their territories in Texas are “as bad or worse” than they were in 2011.

In 2011, the whole state was in an exceptional drought, he said. Verett said it's tough for producers now who are excited to plant a crop knowing they could potentially market it at a good price but fear the weather could end it all. 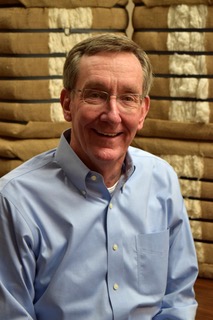 “They’re excited, and that is the thing that is making this doubly gut-wrenching," he said. "You’ve got good prices out here for practically any crop you want to plant and that goes the same for cotton.”

Verett said producers are not giving up just yet, arguing the weather could turn at any time.

Rippey said annual rainfall in those parts of Texas is less than 20 inches, compared to 40 inches in some Midwest states, which makes it tough to overcome drier conditions.

Rippey also is keeping an eye on a few counties in Northwest Iowa and notes a short-term drying trend is extending from Iowa into parts of Michigan and Ohio.

“We’ve seen an expansion of the abnormal dryness and moderate drought across the Midwest in the last week or two, so that too is a concern,” he said.

However, he said a lot of those areas have better subsoil moisture levels.