The Air Resources Board has launched a series of stakeholder engagement workshops to inform the next update of California’s Climate Change Scoping Plan, the regulatory framework guiding the state’s policy priorities. While the plan will not be finalized until the end of 2022, frustrations have already risen among dairy and bioenergy interests over an apparent shift away from dairy digesters and biomass plants for agricultural and forest waste.

“I was really concerned with the presentation from the California Energy Commission, particularly the exclusion of any new biomass and no mention whatsoever of biogas,” said Julia Levin, executive director of the Bioenergy Association of California, during an overview webinar for the scoping plan last week.

In its presentation, the commission did not project an increase in bioenergy in California. She called that troubling, since the state is trying to develop a plan with “critically needed but aggressive climate change goals.”

Levin, whose group represents more than 80 public agencies, community groups, utilities and developers of organic waste-to-energy projects, said excluding bioenergy contradicts a number of goals established by California agencies, including the air board’s plan to phase out the open burning of agricultural waste in the San Joaquin Valley, which calls for increasing bioenergy as an alternative. The air board may soon consider a statewide ban on ag burning since it is a significant source of both criteria air pollutants and climate pollution in California.

The exclusion of bioenergy also runs counter to the board’s Forest Carbon Plan, a biomass utilization plan adopted in November by the California Board of Forestry and Fire Prevention, CalRecycle’s regulations to implement waste diversion requirements under Senate Bill 1383 in 2016, and a 2020 report to the board prepared by the consulting firm Energy and Environmental Economics. It also contradicts a recent report analyzing the state’s investments of cap-and-trade revenues, which found dairy digesters to be the most cost-effective program. The United Nations Environment Programme has called slashing methane pollution critical for keeping global warming below the threshold agreed to by world leaders.

During a webinar on natural and working lands, Levin pointed out that “by far the biggest success” in reducing greenhouse gas emissions has come from the dairy digester program for incentives grants, which has reduced emissions three times more than the next most successful investment. 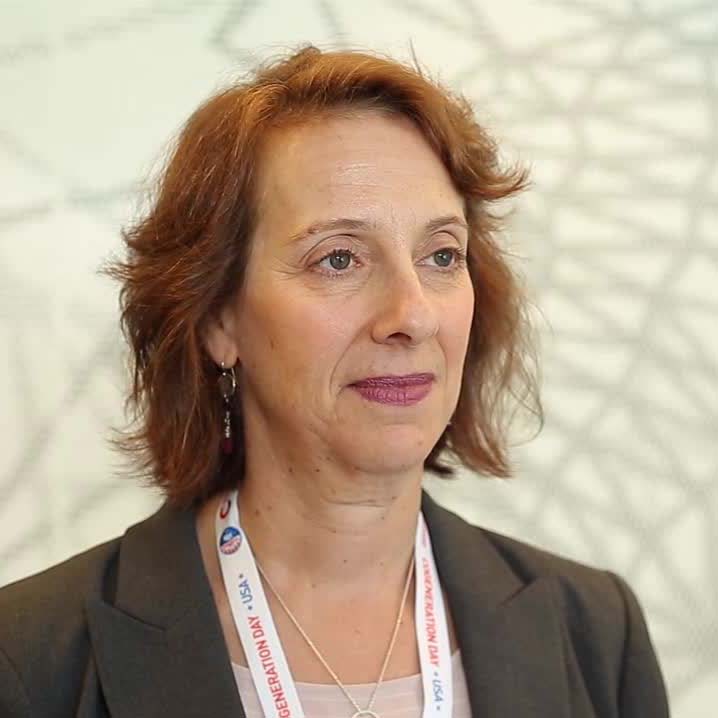 Julia Levin, executive director of the Bioenergy Association of California

“It's just impossible to overstate how big of a benefit that dairy digesters are providing to our climate change goals and our climate,” she said. “More than a third of the 2017 Climate Change Scoping Plan relies on reducing short-lived climate pollutants, which are by far the most damaging climate pollutants, both to the climate and to public health.”

Methane and black carbon emitted from livestock, landfills and burning have been of particular concern for regulators as well as policymakers. California has enacted at least nine laws in the past decade that require increasing in-state and delivered biogas and bioenergy production, according to Levin.

In response, Liz Gill, the energy commission research advisor who prepared the scoping plan presentation, said the issue lies with the economic modeling the commission has adopted for implementing the state’s Renewable Portfolio Standard. She said the commission will be looking into the environmental and social costs that may have weighed against biomass in the modeling.

Julia Jordan, a policy coordinator for the Leadership Counsel for Justice and Accountability, said that “very, very massive dairies” take advantage of the incentives grants for digesters, leading to more water and air pollution. 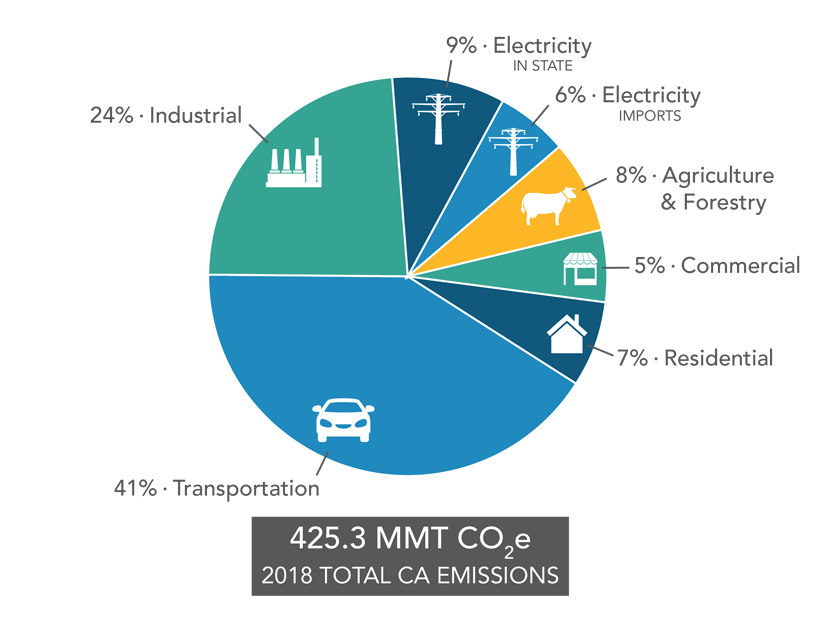 Nationwide, agriculture is the smallest contributor to greenhouse gas emissions by economic sector, contributing just 10% in 2019, according to EPA. In California, that number was 8% in 2018, according to this chart from CalEPA.

“We really see it as a false solution that doesn't do anything to support and benefit those environmental justice, low-income communities and communities of color that live near dairies,” said Jordan. “It's very important that we stop thinking about large-scale industrial confined animal feeding operations.”

Catherine Garoupa White, executive director of the Central Valley Air Quality Coalition, called the technology unproven and said that the state is investing “tons of money in schemes that industry lobbyists tell us are going to be a really good idea.” She said San Joaquin Valley communities will be the testing grounds.

The ban on ag burning, meanwhile, has led to multiple proposals to reopen or build new biomass plants, she added, allowing new technologies to “offset business as usual.”

“When you take in the total impact that those facilities are having on our communities, they are simply unsustainable,” said White. “I'm concerned about greenwashing practices that really aren't going to get us where we need to be.”

Boccadoro, who has pushed back on criticism from environmental groups during legislative budget hearings, argued the workshops have elevated a platform for environmental justice comments, and he called those criticisms misleading.

“If achieving 29% of the return with just 1.3% of the investments is greenwashing, then I guess I'm not clear on the meaning of the term,” said Boccadoro. “I would just encourage all of us to move forward in a positive manner and stay focused on the facts and not on the rhetoric.”

Evan Edgar, who leads the California Compost Coalition, also pushed for a stronger role for bioenergy in the scoping plan.

“What I see in all the future reports from both [the energy commission and the air board] is that you're crowding out bioenergy,” said Edgar. “There is no role for urban biomass, let alone forest and ag biomass.”

He argued that older biomass plants have already been crowded out of the Central Valley by the forest sector, though more efficient technologies for biomass gasification are up and running and should be phased in at the community scale.

“I'm very doubtful that this process will actually do anything for biomass,” he said. “This seems like little hope. That's why we sponsored a bill this year.” 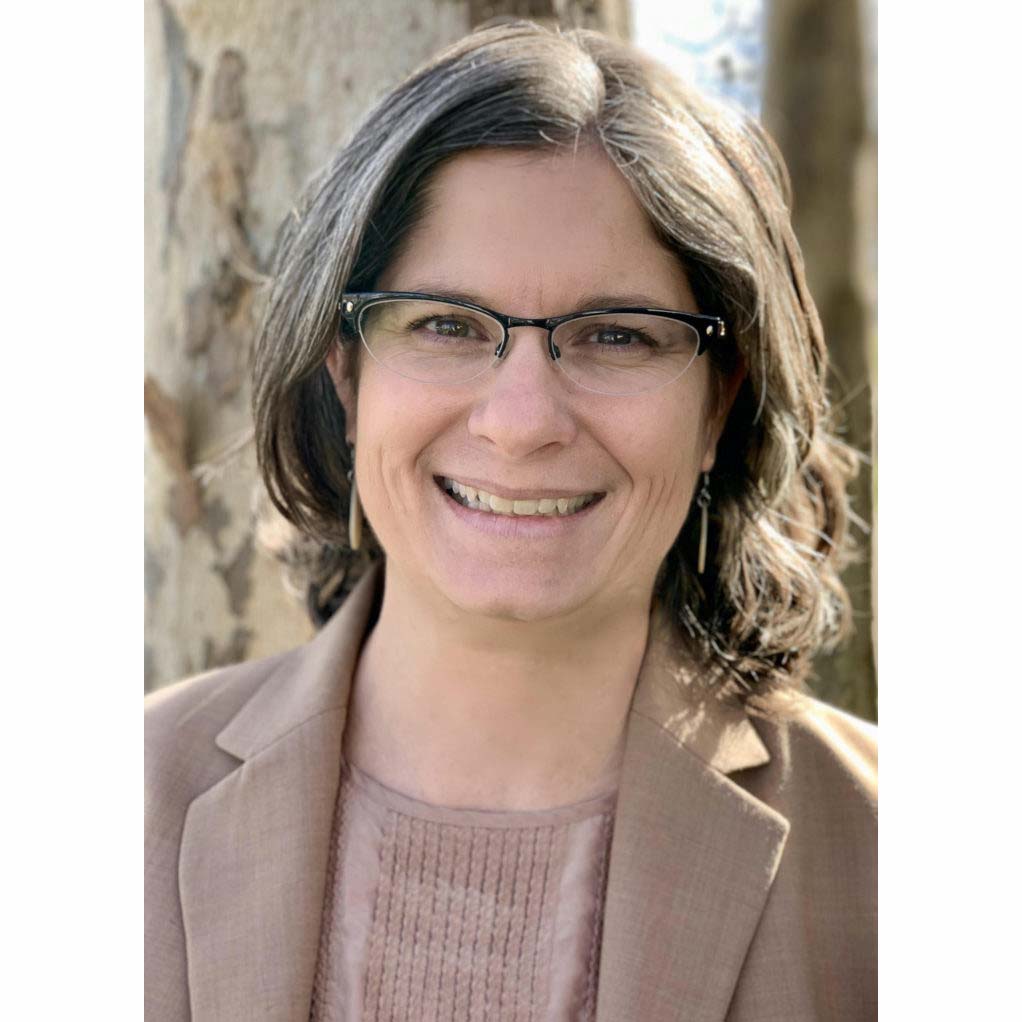 Assembly Bill 1086 by Asm. Cecilia Aguiar-Curry of Winters would create an organic waste scoping plan through the Natural Resources Agency. Nick Lapis, the advocacy director for Californians Against Waste, testified in March that the bill would push regulatory agencies to work together in dealing with municipal and food waste as well as crop residue, manure, biosolids and forest debris. The bill has passed several committees and the Assembly with unanimous support.

Carbon offsets for food production and the use of pesticides on crops were not spared from criticism during the scoping plan workshops.

“Offsets—at least as I've heard them discussed—are incompatible with equity,” said Dan Ress, a staff attorney for the Center on Race, Poverty and the Environment. “Pollution happens in communities of color, low-income communities. Enabling continued pollution through offsets continues and exacerbates environmental racism and injustice.”

John Larrea, who directs government affairs for the California League of Food Processors, countered that the food production industry depends on the offsets to meet compliance obligations, which would be extremely expensive otherwise. He argued the state should help to reduce emissions while preserving the industries that serve these communities.

“We supply jobs,” said Larrea. “We also do our best to be able to supply environmental benefits associated with our operations.”

Soon after Larrea spoke, Asha Sharma, a director at the Pesticide Action Network, blasted the air board for leaving pesticides out of the conversation.

“Evidence shows that synthetic pesticides can increase greenhouse gas emissions directly and indirectly by hindering soil’s ability to sequester carbon,” said Sharma. “We would like to request that pesticide reduction is explicitly included as a climate solution and incentives that support organic and agroecological farming are considered.”

Sharma and other environmental advocates have shared the same arguments, which specifically target fumigant emissions, with lawmakers as they consider budget allocations for emissions reduction programs.