Senators from the west have introduced a pair of bills aimed at improving forestlands through increased investment and a return to more frequent use of prescribed burning as a management tool. But forest scientists and forestland advocates say the benefits would reach across the country.

The Outdoor Restoration Partnership Act, sponsored by Democratic Sens. Michael Bennet of Colorado and Oregon's Ron Wyden, calls for the creation of a Treasury Department fund “to reduce uncharacteristic wildfires in the highest risk areas of the United States by carrying out, in accordance with applicable law, restoration and resilience projects.”

Among projects that can increase the health and resilience of forests is prescribed burning, which is called for in the National Prescribed Fire Act, introduced by Wyden with Senate co-sponsors Maria Cantwell, D-Wash., Dianne Feinstein, D-Calif., and Joe Manchin, D-W.V.

Certain plant and animal species depend on fire to maintain their habitat, and Miesel says while the lack of regular fire creates conditions that can lead to catastrophic wildfires in the west, the near elimination of fire in prairie and oak savanna landscapes of the upper Midwest is partly responsible for the reduction in pollinator habitat. In both places, she says carefully planned and managed burns can maintain the health of the ecosystem and reduce the availability of fuel for wildfires, making them less hot and less intense and, therefore, less likely to devastate the forest and nearby development.

Forest and firefighting agencies are very good at putting out fires, but Miesel says now they need “policies that would support managers being able to use fire as a tool.” She says more attention is also being focused on cultural knowledge.

“Many Native communities were very active in deliberately using fire to manage their landscape,” she says, offering as an example the Apostle Islands area of Wisconsin where regular fire helps increase blueberries as a food source. In some places, residents don’t support intentional burns, often because they fear the fire could get out of control. Miesel says funding for outreach and education can help explain how fires are planned, the benefits they offer and the circumstances under which one might be called off before it's set. Federal forest policy could fund such programs. 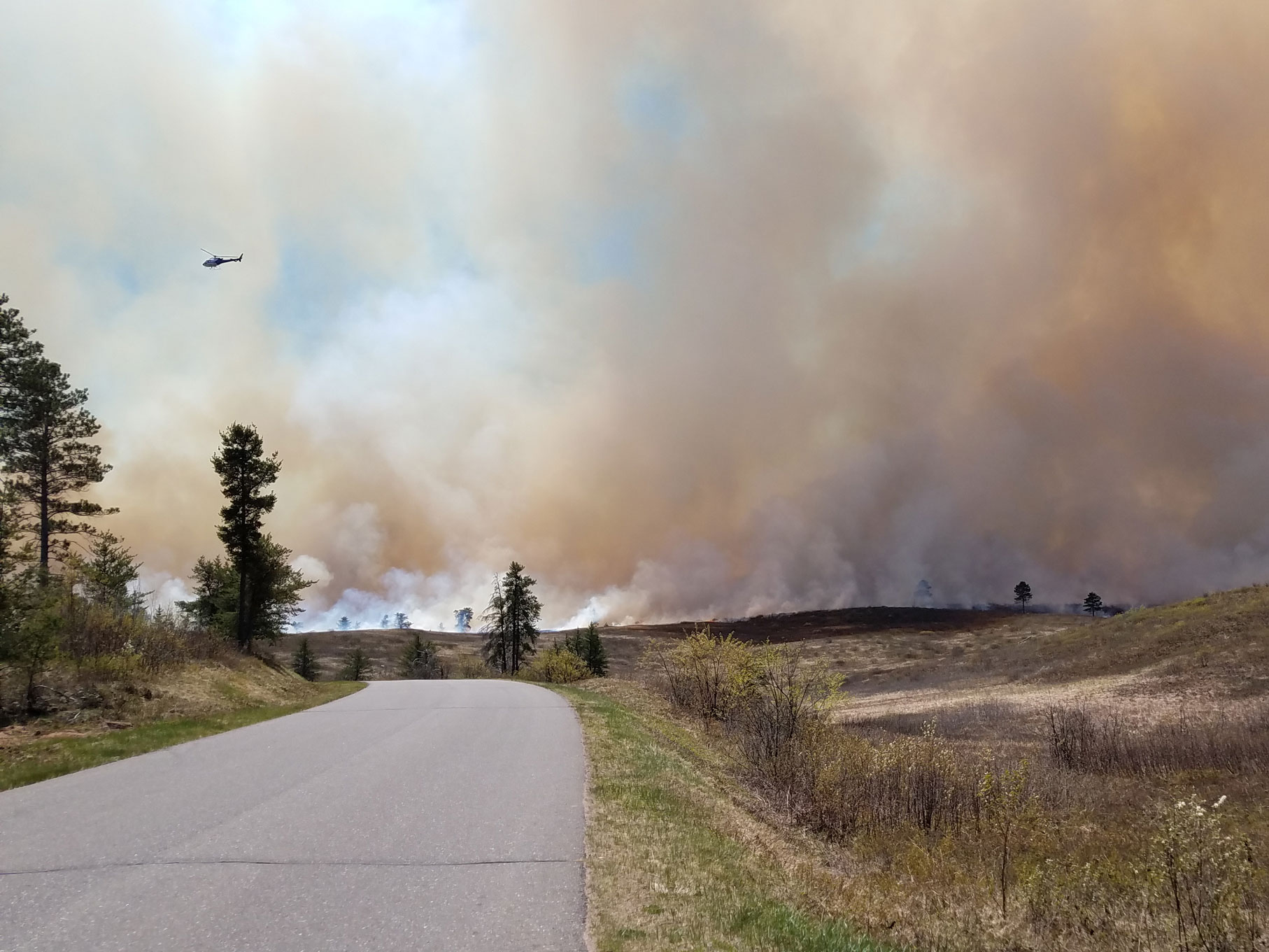 A helicopter leaving a prescribed burn after helping ignite it. Photo: Jessica Miesel

Philip Higuera, a fire ecologist at the University of Montana, added intentional burns are “not very threatening fire to humans.” In contrast, they can play an important role in protecting homes and other buildings from future wildfires. He says research shows that a deliberate fire today reduces the likelihood of a fire starting, or spreading, for years into the future. Ideally, he would like to see a policy that is “multidimensional, or at least not myopic” in its understanding of what forests need. In particular, he would like a shift away from the emphasis on repressing all fire to “policy that recognizes the need and inevitability of fire.”

At a Senate Energy and Natural Resources Committee hearing on “Forest Management, Forest Products, and Carbon” in May, Jennifer Cover of the Wood Products Council suggested mass timber — a construction material that replaces concrete and steel with layers of wood — also could contribute to healthier and more fire-resistant forests. In her written testimony, Cover said mass timber encourages forest thinning and other restoration efforts that “keep forests healthy and reduce the risk of wildfire.”

And Mary Mitsos, president and CEO of the National Forest Foundation, submitted written testimony that said “the challenge of reducing losses from high-severity fire is huge.” But she echoed the importance of both thinning and prescribed burns.

Right now, “the southeast is the leader for implementing prescribed fire," says Robyn Whitney, policy director at the National Association of State Foresters, because there is community buy-in and much of the forest land is privately owned, which reduces the red tape.

Whitney says the National Prescribed Fire Act and the Outdoor Restoration Partnership Act would help forest management agencies and private forest owners make better use of the Good Neighbor Authority established in the 2014 farm bill (and expanded in 2018), which makes it easier for management decisions to stretch across natural boundaries and jurisdictional ones “so that threats like wildfire, insect disease (and) infestations can be dealt with at the landscape-scale.” The 2018 omnibus spending bill also had “a handful of forest management provisions that helped expedite wildfire risk reduction projects,” he added.

Whitney says the Outdoor Restoration Partnership Act’s potential to move through reconciliation is part of the reason he’s hopeful it will pass. The bill also has widespread support across the industry and throughout the country. “You can’t really say no to wildfire resiliency,” says Natalie Alex of the American Forest Foundation, which supports small-scale forest owners. She says the climate component in the administration’s infrastructure goals also ties back to better forest management.

Outgoing Forest Service Chief Vicki Christiansen, testifying before the Senate Appropriations Committee in April, also pointed to the American Jobs Act as having the potential to help improve forest management, including wildfire resiliency. In written testimony, she said the proposed Climate Conservation Corps would allow the Forest Service to “deliver forest and watershed health and resilience, carbon sequestration, wildfire risk reduction” and other benefits.