China signals another strong year of importing US soy

There are still a lot of Brazilian soybeans filling up China's port stocks, and that’s expected to continue for at least another month. But the Chinese are not waiting to commit to buying up U.S. soybeans for delivery in the 2021-22 marketing year, according to analysts and USDA data.

China purchased last week — at a minimum — about 798,000 metric tons of U.S. new crop soybeans for 2021-22 delivery even as ships continue to take millions of tons of Brazilian soybeans to China.

“I think we’re going to have a very good year,” says John Baize, an analyst for the U.S. Soybean Export Council.

USDA’s Foreign Agricultural Service announced a substantial export sale of new-crop U.S. soybeans to China on Monday of last week. The sale was for 336,000 metric tons, but could well have been more when incorporating other announced sales to "unknown destinations." USDA on the same day announced a separate 120,000-ton sale of new crop soybeans but did not reveal the destinations. Three market analysts said they believe it’s likely that the “unknown destination” will be China.

And then two days later — on Wednesday of last week — FAS announced another sale of new-crop U.S. soybeans to China. That sale was 330,000 tons. And on Thursday there was another sale of 132,000 tons of U.S. soy to China. That last announcement contained another separate 260,000-ton sale to unknown destinations and, again, analysts say that will likely be going to Chinese mills.

Some of those purchases were likely the Chinese just taking advantage of price drops the previous week, but the purchases were also a sign that demand continues strong in China, and the country’s feed mills are already preparing for the switch from Brazil to the U.S., says Mac Marshall, vice president of market intelligence at the United Soybean Board and U.S. Soybean Export Council.

When futures prices fell, China’s buyers made substantial purchases because weather conditions could push prices up substantially in the coming months, said Baize. The Chinese, recognizing that they were likely getting “a hell of a good price,” made the commitments quickly.

“There’s still an ample amount of (soybean volume) to go out (of Brazil), but we’re past the peak of the season,” said Marshall.

All told, the pace of China’s early purchases this year of new crop soybeans from the U.S. is on par with a year ago, according to FAS statistics. As of June 17, this year, the U.S. has outstanding sales to China of about 3 million tons for the 2021-22 marketing year.

As of June 18, last year, outstanding soybean sales to China for delivery in 2020-21 totaled about 3.4 million tons.

The three sales from last week added to the amount already on the books for 2021-22 produces a total of roughly 3.8 million tons; the purchases for unknown destinations would raise that total to about 4.2 million.

Chinese purchases are expected to heat up in the coming months of summer even faster than they did a year ago, said Baize.

As of Tuesday, the spot price for soybeans was virtually the same in Brazil and in the U.S., said Baize, who stressed that he would not be surprised if China purchased and imported some old crop soybeans from the U.S. in the coming weeks.

The substantial Chinese commitments last week, combined with China’s self-proclaimed successes in rebuilding its swine herd after the devastation from African swine fever, are signs that it is going to be another good year for U.S. exports, Marshall said. 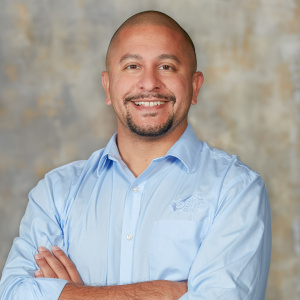 “There is momentum happening there,” he added.

The stronger China’s pork production is, the more soybeans the country needs to import for its feed mills.

China’s Ministry of Agriculture and Rural Affairs held a symposium in the city of Nanchang last month to address falling hog prices as the country recovers quicker than expected from ASF.

The symposium, which attracted executives from more than a dozen of the country’s largest hog farms and MARA Vice Minister Ma Youxiang, “highlighted that hog production nationwide has been recovering at a faster speed since the beginning of 2021, leading to constant increase in pork supply and decline in prices, and easing the supply-demand dynamic for a period to come,” according to a statement issued by the government agency.

Still, MARA warned attendees that ASF remains a threat and called on producers to be vigilant as well as boost defenses against a resurgence of the virus.

That fear of a resurgence remains “in hog production due to higher risk of ASF reoccurrence, rising farming costs and below normal reproductive rate of sows,” MARA says. “We cannot relax in measures to boost hog production.”