Senate Agriculture Chairwoman Debbie Stabenow is seeking a federal ethics investigation into a business deal between former Agriculture Secretary Sonny Perdue and agribusiness giant Archers Daniels Midland. The Washington Post reported this week that Perdue in early 2017 purchased an ADM soybean facility for $250,000 that was worth millions.

A former spokesperson for Perdue issued a statement defending his conduct. Perdue didn’t report the transaction, but according to the statement he didn’t have to. He had restructured his assets into a new trust in which he had no ownership interest and was not a trustee, the statement said.

ADM officials told the Post that the company couldn’t find another buyer for the facility.

The House Appropriations Committee on Wednesday approved a fiscal 2022 spending bill for USDA and FDA after adopting a GOP amendment designed to prohibit China from buying up U.S. farmland.

The amendment, offered by Rep. Dan Newhouse, R-Wash., and adopted by voice vote, is likely to be changed eventually. Some Democrats said the issue of foreign ownership of ag land needs to be examined more broadly, and Democratic Rep. Grace Meng of New York also said she feared it would serve to make Asian Americans the target of racist attacks.

Newhouse said that he, Meng and Appropriations Committee leaders are “committed” to working together on the issue.

China’s imports of U.S. corn, soybeans and other feed ingredients will continue strong well into the coming marketing year, although the strength of the Chinese currency and U.S. prices may disrupt trade patterns, according to a new analysis released by CoBank.

“China will remain an active buyer of U.S. grain through at least the 2021-22 marketing year,” says Kenneth Zuckerberg, an economist for CoBank. “But the increased volatility in grain prices has led China to shift its buying pattern to wait for price weakness before committing to additional purchases, as well as to contract now for the next marketing year.”

Meanwhile, China is already buying millions of tons of U.S. soybeans for delivery in 2021-22 at a quicker pace than purchases at this time last year. A major factor is the country’s success so far in rebuilding its hog farms after battling African swine fever.

The U.S. complaint that Canada is misusing dairy quotas agreed to under the U.S.-Mexico-Canada Agreement is just one of several disputes that have cropped up in the first year of the trade pact. But Texas Rep. Kevin Brady, the top Republican on the House Ways and Means Committee, says he’s confident that the dairy issue will be worked out.

“I think that while there are challenges, I’m optimistic that because of (USMCA), we can work through this is a way that affirms rigorous enforcement (and) in a way that moves all countries forward,” Brady said Wednesday during a celebration of USMCA’s first anniversary.

The U.S. requested a dispute panel in May to challenge Canada’s operation of dairy tariff-rate quotas that it agreed to under USMCA. The U.S. alleges that Canada is manipulating those quotas to block the entry of high-value products like cheese that the U.S. wants to sell to Canadian buyers.

US and Taiwan meet to try to bolster trade ties

U.S. and Taiwan trade officials met virtually in discussions that went well into the night on Tuesday. U.S. lawmakers continue to hope for a U.S.-Taiwan free trade agreement to help increase U.S. exports of agricultural and other goods.

It was the first meeting since October 2016 under the auspices of the Trade and Investment Framework Agreement. Assistant U.S. Trade Representative Terry McCartin and Jen-ni Yang, Deputy Trade Representative from Taiwan’s Office of Trade Negotiations, led the discussions, but USDA was also represented at the meeting.

April was a strong month for U.S. beef exports to Taiwan, according to the U.S. Meat Export Federation. The U.S. shipped $51.5 million worth of beef to the country in April, up from $47.4 million in the same month of 2020. 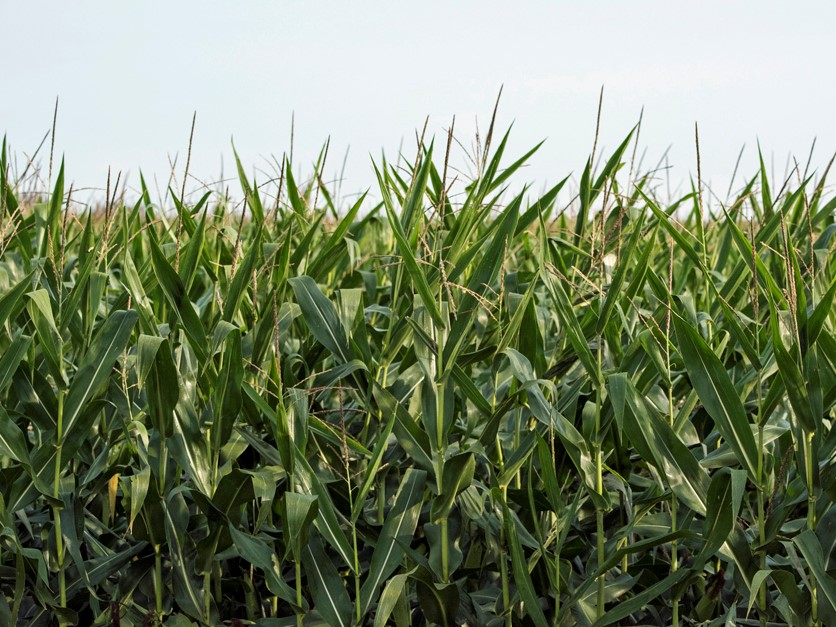 As corn pollination approaches in already dry areas, traders will be watching closely to see if crop yields hold up. USDA’s annual Acreage report showed Wednesday that farmers planted 92.7 million acres of corn this spring, about a half-million acres less than traders were expecting.

USDA is currently projecting an average trend-line yield of 179.5 bushels per acre. A three-to-six-bushel drop from that could send ending corn stocks below a billion bushels, said Seifried.

Drier weather can have positive effects on water quality, and that's the case this summer in Lake Erie, where algal blooms have been a significant problem. The National Oceanic and Atmospheric Administration is predicting a smaller-than-average bloom this summer in western Lake Erie. It will be the first time in more than a dozen years that mild blooms have occurred in consecutive summers.

The algal blooms result from rainfall carrying phosphorus into the lake. “Both last year and this year, relatively mild rainfall in the spring has led to less phosphorus being carried into the lake, which means smaller blooms,” said Richard Stumpf, NOAA’s lead scientist for the annual forecast.

He said it. "I went to the local grocery store over this past weekend. I intended to buy a steak. I passed over the steak because it simply cost way too much. I looked at the pork, and the pork was unbelievably high, and I ended up with $5 worth of chicken that I think I paid $7 or $8 for." – Rep. Austin Scott, R-Ga., commenting on retail meat and poultry prices at a House Agriculture subcommittee hearing on Wednesday.

Scott doesn’t think farmers are benefitting from those prices.