The leader of the UN Food Systems Summit says the initiative aims to get countries to reform their own food systems in ways that address climate change, hunger and other pressing challenges, rather than enabling countries to impose their practices on other nations.

Farm groups have expressed concern that the UN initiative will result in recommendations that harm U.S. ag exports.

“We're setting in motion a process to help countries look inwardly at their food systems . at what is working and what's not working,” Agnes Kalibata said in an interview with Agri-Pulse. “This is a once-in-a-lifetime opportunity.”

Kalibata, the UN special envoy for the summit, is an agricultural scientist and former Rwandan agriculture minister who is president of the Alliance for a Green Revolution in Africa, an organization that has embraced technology and innovation in building agricultural production and food security on that continent.

One of the fears of U.S. farm groups is that the European Union will use the summit to advance elements of its Farm to Fork strategy, which calls for significantly reducing the use of agricultural chemicals while shifting 25% of its ag land to organic production by 2030.

Kalibata said the event will give the United States an opportunity to challenge the EU’s plans. 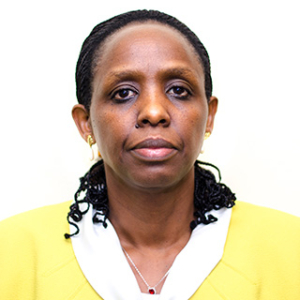 The summit “provides a platform for dialogue," she said. "If the EU is putting on the table some form of strategy that looks unacceptable to other parts of the world, this is the opportunity to challenge that strategy.”

The initiative is intended to result in national commitments and goals to jump-start progress on 17 sustainability measures ranging from eradicating hunger to ensuring the availability of clean drinking water and addressing climate change.

A “pre-summit” will be held online and in-person starting Monday in Italy, followed by a conference in New York in September.

Kalibata said she hopes countries will come to the pre-summit “with clarity of how they are transitioning their food systems” and that countries will form coalitions to tackle various challenges.

She emphasized the process is entirely voluntary. As with the Paris climate agreement, national commitments are nonbinding and countries will be on their own to track their progress in meeting goals.

The Biden administration has so far announced the formation of one coalition, which will focus on expanding school meals globally, and more are in the works. "The department will announce intentions to participate in other coalitions at the pre-summit and summit," a USDA spokeswoman said.

The UN initiative has released 58 “solution clusters" — potential pathways for addressing the sustainability goals. The clusters, which were developed through a process that included pubic forums and online consultations, include the idea of ensuring that smallholder farmers have “access to agricultural technology, inputs, and finance … thus providing a cost-effective, scalable path to increasing farm productivity, beyond just subsistence farming.”

U.S. ag interests aren’t the only ones to raise concerns about the summit. Some progressives claim the initiative has been hijacked by corporate agriculture interests and the Bill and Melinda Gates Foundation, which has supported Kalibata’s group, AGRA, and numerous other initiatives in agricultural development. Some groups launched an alternative forum called the Global People’s Summit on Food Systems in June.

“Hundreds of groups are protesting and boycotting the Summit because of the dominant role of corporate agribusiness and agenda many critics say will further entrench a harmful industrial agribusiness model,” according to a blog post by U.S. Right to Know, a group that uses investigative reporting methods to criticize conventional U.S. agriculture.

Kalibata emphasizes that the summit was initiated by UN Secretary-General António Guterres at the recommendation of the UN’s World Food Program, Food and Agriculture Organization and International Fund for Agricultural Development because of the lack of progress that had been made on the 17 sustainable development goals.

“Moving forward, that’s what we need to focus on,” Kalibata said of the development goals. “Whether it is industrial agriculture, organic agriculture or whatever, we need to look at what is working (and) what’s not working."