The House Agriculture Committee today takes up legislation that would authorize up to $8.5 billion in aid for disasters in 2020 and 2021. The nine-page bill builds on provisions of the temporary WHIP programs that started in the wake of the 2017 hurricanes and wildfires and then expanded as WHIP+ in 2018 and 2019.

The Ag committee is trying to have more of a say in how disaster aid is allocated. The bill will most likely be folded into a supplemental appropriations bill, although a year-end spending measure also is a possibility.

What it does: Covered losses would include drought, high winds, excessive heat and polar vortexes, but also the impact of power outages. Losses to wine grapes that are tainted with smoke also would be covered.

The bill would allow direct payments to sugar and dairy cooperatives for losses, including milk dumping, that affect an entire co-op.

It also would be easier for farmers to qualify for drought losses. Under previous programs, the drought in a farmers’ area had to be classified as D3 (extreme) or D4 (exceptional). Under the committee bill, a county with a USDA disaster designation due to D2 drought could qualify for assistance.

Payments under the bill would generally be limited to $250,000 per person, but payments for high-value specialty crops would be capped at $900,000. That’s a carryover from a previous provision that covered losses to Florida citrus growers, a source says.

Leaders of the Senate Agriculture Committee say a Republican senator has a procedural hold on Janie Hipp, President Biden’s nominee for general counsel at USDA.

The senator wasn’t identified. But chairwoman Debbie Stabenow, D-Mich., told reporters the committee is trying to identify what the issues of concern are. Ranking Republican John Boozman of Arkansas said Hipp is very well qualified.

Monday evening, the committee approved the nomination of Jenny Moffitt to serve as USDA’s undersecretary for marketing and regulatory programs.

As that House Ag disaster bill starts to move, more than 40 House and Senate members are separately urging USDA to open up relief programs to more producers who have lost crops and livestock due to ongoing droughts, extreme heat, and wildfires.

In a letter to Ag Secretary Tom Vilsack, the lawmakers say that many producers who suffered the worst heat-related losses either aren’t located in drought-designated counties or their losses aren’t covered by drought-assistance programs. The letter asks USDA to “explore all potential flexibilities for additional relief within existing programs and identify other options to deliver federal relief ” to farmers. 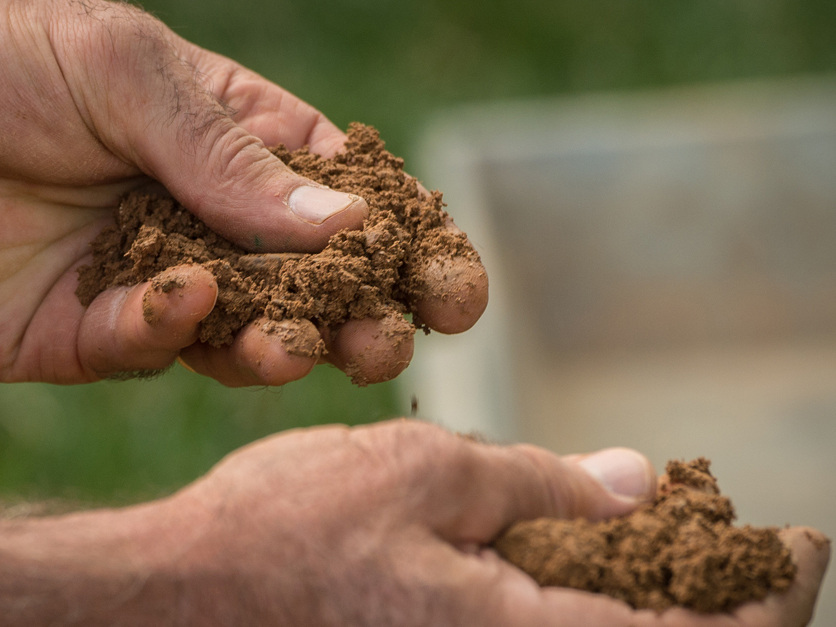 Until variations in the measurement of soil organic carbon are resolved, paying farmers to sequester soil carbon “will remain an uncertain approach to climate change mitigation.” That’s the warning from the Environmental Defense Fund and Woodwell Climate Research Center in a report examining a dozen monitoring, reporting and verification protocols.

Differences in the protocols make it difficult to ensure climate benefits have been achieved, EDF says.

“Agricultural soils could remove 4-6% of annual U.S. emissions,” said Emily Oldfield, lead report author and agricultural soil carbon scientist at EDF. “We need credible, consistent and cost-effective measurement and verification to know with confidence that soil carbon credits are moving us toward that target.”

The bill has passed the Senate but faces an uncertain future in the House.

Some 36 states will share more than $311 million in rural broadband assistance through the first round of spending from the Federal Communications Commission's new Rural Digital Opportunity Fund.

Acting FCC Chairwoman Jessica Rosenworcel says the money is a “significant down payment” for broadband deployment. About 48 broadband providers will bring 1 gigabit-per-second service speeds to almost 200,000 homes and businesses over the next decade, the FCC says.

In the first phase of the RDOF auction, internet service providers had offered a minimum speed of 25 megabits per second download and 3 Mbps upload.

Argentina is now expected to produce more wheat that it ever has, likely pushing its exports to a new record level of 14 million metric tons for the 2021-22 marketing year, according to a new forecast from USDA’s Foreign Agricultural Service. Wheat production in Argentina has been steadily rising since the 1960s and it’s expected to reach a record 20.8 million tons this year.

Tight wheat supplies in Argentina last year opened up new opportunities for the U.S. to export more to Brazil — the largest importer of Argentine wheat. As of now, it looks like Argentina will have sufficient stocks, but the FAS report out of Buenos Aires says the government could still intervene in the export market if it looks like the grain is needed domestically.

Global orange production and exports rise, but not for the U.S.

Orange production and exports are rising around the world in major producing places like China, Brazil, Mexico and the European Union, but the opposite is true for the U.S., according to an analysis by the USDA’s Foreign Agricultural Service.

“The United States is the fifth largest producer, although production is estimated to drop 13 percent in line with a long-term decline,” FAS said about the latest forecast for the 2020-21 marketing year. “Citrus greening has been a key factor in this decline with production less than one-third of what it was 20 years ago. In addition, citrus area is down by nearly 40%.”

U.S. orange exports are expected to drop below 500,000 metric tons for 2020-21, according to FAS. Just nine years ago, U.S. exports surged to more than 700,000 tons. The U.S. is the seventh largest citrus exporter in the world, but shipments are expected to drop for every citrus commodity except tangerines and mandarins.

She said it. “Ultimately, yes, but it’s painful.” - Sen. Susan Collins, R-Maine, asked by reporters whether she still believed that Senate negotiators would reach a deal on a bipartisan infrastructure package.