Republicans and Democrats both say they are close to wrapping up the final details of a bipartisan infrastructure package for the Senate to consider.

“We're in the final strokes or in the final days,” Commerce Secretary Gina Raimondo said Sunday on CBS’ Face the Nation. “We are all engaging daily, multiple times a day, with members of the Senate, and we're feeling really good about it.”

Sen. Bill Cassidy, R-La., told Fox News on Saturday, “There are some thorny issues, but we can get it done.”

Bear in mind: House Speaker Nancy Pelosi, D-Calif., continues to insist that the House won’t pass the infrastructure bill unless it’s accompanied by a reconciliation package with Democrats’ other priorities. 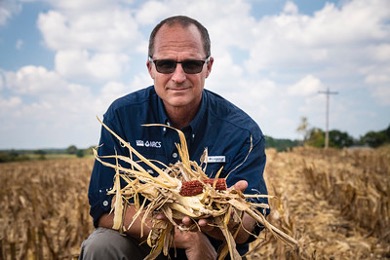 The House Rules Committee meets today to prep a seven-bill package of fiscal 2022 appropriations bills for floor debate. The bundle includes the Agriculture bill, which funds USDA and FDA, as well as measures that fund the EPA and other regulatory agencies important to agriculture.

The committee will decide which amendments are eligible for floor debate. The amendments that have been filed include bipartisan proposals to increase staffing at USDA’s Natural Resources Conservation Service and to expand the number of communities eligible for rural broadband grants and loans.

For more on this week’s agenda in D.C., read our Washington Week in Review.

The senior Republican on the House Agriculture Committee is calling for the panel to do a “substantial review” of the Senate-passed Growing Climate Solutions Act before the House takes up the measure. The bill aims to accelerate the development of ag carbon markets by putting USDA in charge of certifying farm advisers and credit verification services.

Rep. Glenn “GT” Thompson, R-Pa., said in a letter to Chairman David Scott that the bill text is "imprecise and disjointed," leaving questions around certain requirements and policy goals.

“There are also unanswered questions on how USDA would implement such a program, the feasibility of the timelines, and how the legislation could stifle — not foster — innovation,” Thompson writes.

COVID aid made up most of 2020 farm support

The sources of aid included USDA’s Coronavirus Food Assistance Program, as well as federal stimulus payments and, in some cases, pandemic unemployment benefits. Altogether, that COVID-related aid amounted to $35.2 billion.

USDA’s 2021 farm income forecast expects direct government payments to drop by about 45% this year, bringing overall net farm income down about 8%. That would still be above average across the past 20 years (adjusted for inflation). 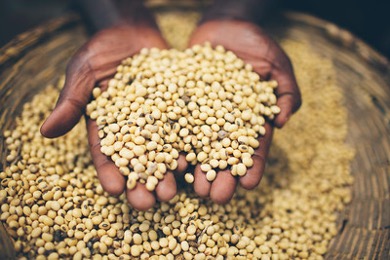 The UN Food Systems Summit, an initiative aimed at accelerating progress on such goals as ending hunger and reducing greenhouse gas emissions, has moved to a new stage with a three-day “pre-summit” event that is taking place online and in Rome, starting today.

The summit process is designed to get nations to make national commitments to help address sustainable development goals.

U.S. farm groups have been concerned that the European Union will use the initiative to build acceptance of its Farm to Fork strategy, which calls for significantly reducing the use of agricultural chemicals while shifting 25% of its ag land to organic production by 2030.

“If that's what they’ve (the Europeans) decided to do, that's fine. But that can't be the only path that we all have to follow,” Agriculture Secretary Tom Vilsack tells Agri-Pulse. He said he’s pressed that point with EU officials.

The Occupational Safety and Health Administration proposed penalties of about $600,000 against Foundation Food Group for 26 violations at its plant in Gainesville, Ga., including six labeled “willful,” such as lack of training and not informing employees liquid nitrogen was used in the onsite freezer.

U.S. pork producers are likely the indirect winners of a deal reached between the U.S. and Vietnam over currency manipulation. Had Vietnam not agreed to address America’s concerns, tariffs would probably have been imposed on exports from the southeast Asian nation. And that would have likely led to Vietnamese retaliation on U.S. pork exports, according to the National Pork Producers Council.

Pork is the primary meat consumed in Vietnam, which has been importing a lot to make up for losses from African swine fever.

He said it. “We’ve already made it clear we are going to protect family farms and small businesses. I am also making it clear as chairman of the Finance Committee that wealthy heirs are going to have to pay their fair share.” - Sen. Ron Wyden, D-Ore., defending the Democratic proposal to start taxing capital gains at death instead of allowing heirs to get a step up in basis.

Under the proposal, the tax on family-owned farms and small business would be deferred as long as they stay in operation. Wyden made the comment to reporters last week.