A bipartisan infrastructure deal is alive and well after the Senate voted 67-32 Wednesday evening to begin debate on the measure. An agreement was reached earlier in the day on the package’s final details.

Among the most important parts of the bill for rural areas is the $65 billion allocated for broadband expansion. According to a summary of the bill’s broadband section, $40 billion would be routed through states with a requirement that projects provide speeds of 100 megabits per second download and 20 Mbps upload.

Another $2 billion would be provided to USDA to distribute through its broadband programs.

Meanwhile: Despite the infrastructure deal, Senate Budget Committee Chairman Bernie Sanders, I-Vt., expressed confidence that he would still have the 50 votes needed to move a $3.5 trillion budget resolution for other Democratic spending priorities.

“It my absolute conviction that you're not going to have a bipartisan (infrastructure) bill unless you have a reconciliation bill of three and a half trillion dollars,” he told reporters. 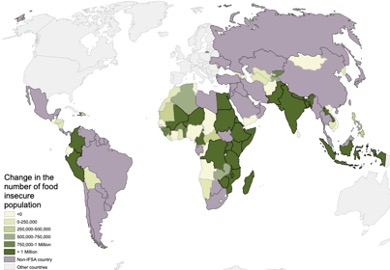 USDA’s Economic Research Service, which does an annual assessment of global food security, estimates there are 1.2 billion food-insecure people this year, an increase of 32%, or 291 million people, from 2020.

This means that about 31% of the population in the 76 countries covered by the ERS study aren’t getting the 2,100 calories they need on a daily basis. About 72% of the 291-million-person increase was in Asia, with 21% in Africa.

Looking ahead: ERS forecasts that the food-insecure population will drop to 638 million people by 2031 because of improving incomes, stable grain prices and lower population growth.

The new policy, which will be implemented by September 2022, is in response to an inspector general report that found three senior leaders in the Office of Chemical Safety and Pollution Prevention altered or omitted key evidence in approving dicamba for use in 2018. OIG said it was satisfied with EPA’s response.

In its initial response to the OIG report, the agency said it didn’t think a new verification requirement would have made a difference in the dicamba decision. But now it has agreed to “an assistant administrator-level verification that the scientific integrity policy requirements were reviewed and adhered to.”

More from OIG: EPA’s inspector general also released a new report Wednesday finding that the agency has not tested all pesticides for endocrine-disruption activity.

The Office of Pesticide Programs recommended in 2015 that 17 pesticides needed more testing for endocrine disruption in wildlife to provide data needed to conduct an ecological risk assessment, but OIG said that recommendation has not been implemented.

Swine threat moves closer to US

The U.S. is ramping up its defenses against African swine fever after the USDA’s Foreign Animal Disease Diagnostic Laboratory confirmed Wednesday that the infectious and deadly pig virus has reached the Dominican Republic, less than a thousand miles from Florida.

The disease swept through China and is now causing havoc in the Philippines and Vietnam. It is endemic in Africa and has also plagued hog farmers in Europe, but this is the first time it’s been detected in the Western hemisphere in about 40 years, according to the National Pork Producers Council.

“The United States has significantly bolstered biosecurity to protect the U.S. swine herd since ASF broke in China nearly three years ago and began spreading to other parts of the world,” said Liz Wagstrom, NPPC’s chief veterinarian. 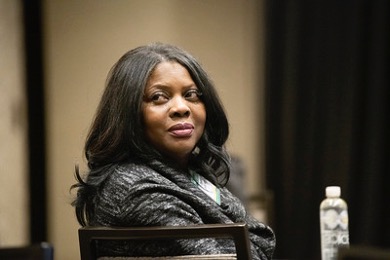 Chavonda Jacobs-Young, who’s been serving as acting undersecretary for research, education and economics and as acting chief scientist at USDA, will be nominated to serve in those positions in a permanent capacity, the White House said Wednesday.

Jacobs-Young, who started at USDA in 2002 managing competitive grants at the National Institute of Food and Agriculture, is a founding director of the Office of the Chief Scientist and would be the first person of color to head the REE mission area and serve as chief scientist.

Nine Republicans senators from the Midwest who say biofuels haven’t been a priority for President Biden are asking for a meeting to lay out steps they want the administration to take.

“Unfortunately, the promise of homegrown biofuels and our agriculture sector appear to be woefully underrepresented in your administration’s energy, environmental, and transportation agenda,” the senators say in a letter.

Among the steps the senators want the administration to take is to revise estimates for greenhouse gas emissions from biofuels. The administration also should increase spending for biofuel infrastructure and limit the issuance of small refinery exemptions from the Renewable Fuel Standard.

The Office of the U.S. Trade Representative needs to do a better job documenting how it decides which U.S. companies get relatively rare exclusions that allow them to avoid paying tariffs on Chinese goods, according to the Government Accountability Office, the investigative arm of Congress.

The U.S. has collected about $100 billion in import taxes since the Trump administration concluded that China was stealing technology and intellectual property. China responded by retaliating with its own tariffs on billions of dollars’ worth of U.S. soybeans, pork, sorghum and other agricultural commodities.

He said it. “We should be just as concerned about a child in Niger as well as a child in New York.” David Beasley, executive director of the UN World Food Program, speaking on the final day of the pre-summit event for the UN Food Systems Summit.