Ag PACs pick up pace of contributions after post-Jan. 6 pause

Many political action committees tied to major farm and rural interests significantly slowed down their contributions to members of Congress after the storming of the Capitol Jan. 6, and the groups are now playing catch-up.

According to an Agri-Pulse analysis, some 20 ag-related PACs that have traditionally been the largest givers to Senate and House campaigns collectively cut their spending to $2.2 million in the first six months of the year, down from $4.4 million in the first half of 2019, the comparable period in the 2019-2020 election cycle.

Democrats haven’t been immune from the drop even though many PACs cite the Jan. 6 event as the reason for the cutback. Eight GOP senators and 139 House members voted that day against certifying President Joe Biden’s election.

American Crystal Sugar, a Minnesota-based growers cooperative that has long been one of the biggest contributors to congressional campaigns from the ag sector, slashed its candidate contributions from $890,000 in the first half of 2019 to $425,000 this year.

American Crystal’s PAC gave $10,000 to candidates this January but nothing in February before resuming contributions in March. 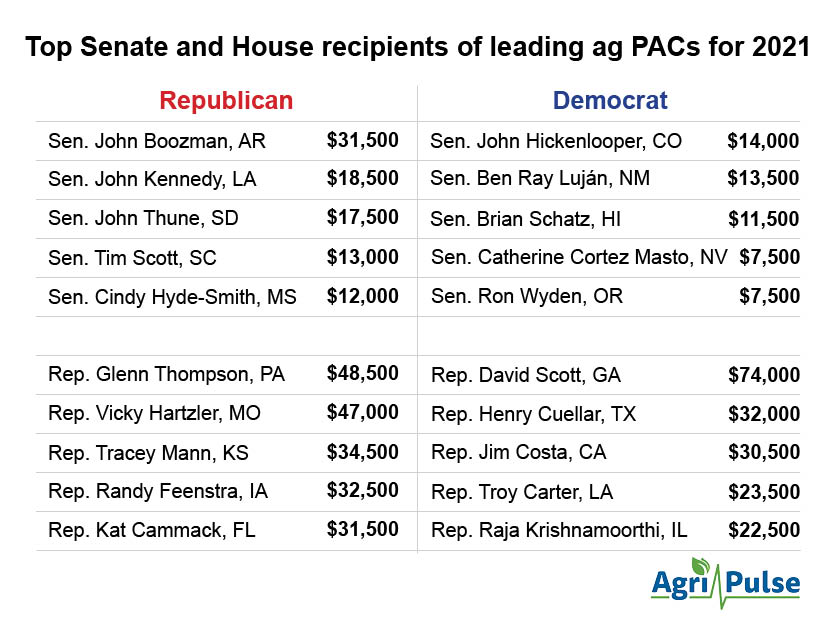 The National Rural Electric Cooperative Association, which is in the middle of a high-stakes congressional battle over clean energy spending, nevertheless stopped its contributions and resumed giving in May at what are relatively small levels for its PAC.

NRECA’s PAC, called the Action Committee for Rural Electrification, or ACRE, has contributed just $113,000 to candidates this year, down from $613,500 in the first half of 2019.

“Every election cycle is different and ACRE contributions from previous years shouldn’t be used as a benchmark for future giving," said NRECA spokesman Stephen Bell. “Following the election, ACRE took a thoughtful breath earlier this year due in part to the highly charged and volatile political environment, but has since resumed giving.”

The Farm Credit Council’s PAC made no donations in January and February and resumed in March, but the group’s contributions are still down by more than half, from $268,000 in 2019 to $125,950 in the first half of this year.

“Given the disturbing events around Jan. 6, that grassroots process took longer than normal. We worked with our members to ensure that we continued to focus our campaign giving towards candidates who support rural communities and agriculture.”

The National Pork Producers Council is also among the groups that reduced its contributions this year, but a spokeswoman cited factors other than the political turmoil in January. The group’s contributions to candidates declined to $30,000 in the first half of this year, down from $87,000 in 2019.

“NPPC is typically not very active in an off-election year. In addition, the pandemic has limited our ability to recharge our PAC,” said NPPC’s Rachel Gantz. “We anticipate a lot more activity next year.”

Similarly, contributions from Deere and Co. dropped from $269,000 in 2019 to $175,000. Deere didn’t give anything in January, which is not out of the ordinary for the company, but didn’t resume until March.

One group that bucked the trend and maintained a relatively normal pace of contributions was the National Cattlemen’s Beef Association. But the group did reassess who it was contributing to, said Ethan Lane, NCBA’s vice president of government affairs. 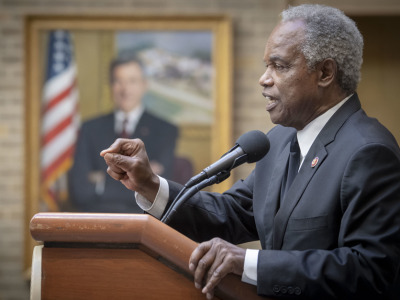 “We definitely had an eye towards whether or not members of Congress can be effective advocates,” Lane said. He didn’t name any particular lawmakers, but he suggested some may have trouble working with other members of the other party on legislation after Jan. 6. “That’s not helpful” to NCBA, he said.

House Agriculture Committee Chairman David Scott, D-Ga., collected the most money from the 20 ag-related PACs during the first half of this year, with $74,000, followed by the committee's top Republican, Pennsylvania Rep. Glenn "GT" Thompson, who picked up $48,000. Among senators, the Senate Ag Committee's ranking Republican, John Boozman of Arkansas, received the most at $31,500.

Many of the Republicans who voted against certifying Biden’s election continue receiving money from the major ag PACs, led by Rep. Vicky Hartzler of Missouri, who received $47,000, and first-term Kansas Rep. Tracey Mann, who got $34,000. First-term Rep. Kat Cammack of Florida received $31,500. House Minority Leader Kevin McCarthy of California and House Minority Whip Steve Scalise of Louisiana each received $31,000.

"The Jan. 6 insurrection has lost some of its salience, and the public’s attention is again focused on the pandemic," said Timothy Werner, a business professor at the University of Texas at Austin who specializes in corporate social responsibility.

"Second, the folks running corporate PACs are probably as good as any one at reading the political tea leaves and realize that given historic patterns in elections, the Republicans are likely to be back in control of the House in 2023 and maybe the Senate as well. Restarting contributions may be a strategy to get back in their good graces in anticipation of that outcome," Werner said.