Senate Majority Leader Charles Schumer is making it clear he wants the Senate to finish its $3.5 trillion reconciliation package by Sept. 15. “We’ve got a chance, a good decent chance” of passing the bill, he told reporters Wednesday.

But shortly after the Senate overcame the first hurdle in the reconciliation process by passing a budget resolution early Wednesday, Sen. Joe Manchin, D-W.Va., issued a strongly worded statement laying out his reservations about the spending plan.

“I have serious concerns about the grave consequences facing West Virginians and every American family if Congress decides to spend another $3.5 trillion,” he said.

He went on, “Given the current state of the economic recovery, it is simply irresponsible to continue spending at levels more suited to respond to a Great Depression or Great Recession – not an economy that is on the verge of overheating.”

As we’ve reported, Democrats on the Senate Ag Committee have already been meeting among themselves to decide how to spend their portion of  the bill.

Keep in mind: Schumer can’t afford to lose a single Democratic vote in the 50-50 Senate, and Democrats hold a razor-thin 220-212 majority in the House. 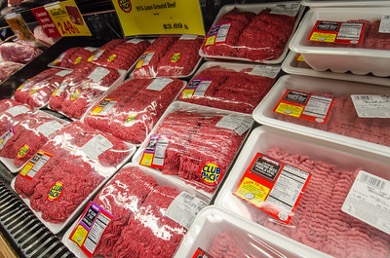 Grocery prices up again in July

Supermarket prices rose 0.7% in July, although inflation may be easing across the broader economy, according to the latest Consumer Price Index. Grocery prices are up 2.6% over the past 12 months.

Prices for meat, poultry fish and eggs rose 1.5% in July, which followed a 2.5% increase in June.

Prices for cereals and bakery products were up 1.2% last month after declining in June. Fruits and vegetables were the only major food group to see a price decline in July.

Vilsack to examine drought in Minnesota

Ag Secretary Tom Vilsack heads to Minnesota on Friday to look at the impact of the drought in the upper Midwest.  Speaking to reporters Wednesday, Vilsack called the conditions there “quite severe.”

By the way: USDA today will release its closely watched Crop Production report for August. The August report provides the first survey-based estimates of the season for corn and soybean production.

Farm Bureau economist Michael Nepveux suggested rents would rise later. “This tends to be more of a lagging indicator, and likely will be reflected in future negotiations that producers have with their landlords,” he writes.

Six prominent consumer protection and environmental groups have unveiled principles representing what they call “responsible governance of gene editing in agriculture and the environment.”

They say they are offering the principles, outlined in an article in Nature Biotechnology, because gene editing “has potential for safe and beneficial applications; new products are being developed rapidly; regulation and introduction of new products into commerce is controversial; and the lack of appropriate governance could lead to unintended environmental consequences or severely limit its use.”

So, what are the principles? “Effective, science-based government regulation; voluntary best practices that complement regulatory oversight; risk avoidance and delivery of tangible societal benefits; robust, inclusive societal engagement; inclusive access to technology and resources; and transparency on gene editing products in the environment.”

The groups are the Center for Science in the Public Interest, Consumer Federation of America, Environmental Defense Fund, National Wildlife Federation, The Nature Conservancy, and World Wildlife Fund U.S.

At the Cattle Industry Convention in Nashville today, leaders of the National Cattlemen’s Beef Association will be rolling out sustainability goals for the cattle sector. NCBA CEO Colin Woodall tells Agri-Pulse that the goals were developed “from the standpoint of being a leader among not only cattle producers but also agriculture.”

“For us, sustainability is not about more rules and regulations, it’s about showing all the great work we have done to continually improve the land and our cattle to be able to produce more beef with less,” he said.

Marty Smith was NCBA’s president when the process began and now leads the effort as past president. He says the announcement will include a celebration of progress the industry has already made as well as a look ahead to what producers have on their agenda.

“One of the main words that we use is ‘NCBA will demonstrate;’ by that, we accept the fact that we’ve got to prove to the rest of the world – and particularly here in the U.S. – we’ve got to prove what we’re doing is right,” he said.

“I’m being told by my folks (and) they’re being told by the large fiber manufacturers that there’s a 62- to 71-week waiting period to get access to fiber technology,” she said.

He said it. “We’ve got to convince people that we are the good guys in this fight, and we can and we will do that.” - Marty Smith, past president of the National Cattlemen’s Beef Association, on the group’s sustainability plan.