Members of the U.S. House may want to make note of this: Most teenagers believe unreliable access to high-speed internet and lack of digital skills are driving economic and social inequities in their communities, according to a Harris poll sponsored by the National 4-H Council and a coalition that includes Land O’Lakes, Microsoft and Verizon.

Some 79% of rural teens — and 74% of teenagers overall — believe the government has an important role to play in providing universal broadband access. About 63% believe people in their communities would make more money if they had reliable broadband.

Some 69% of American teens — but only 59% of Black youth — say they have reliable internet service.

Why this could matter: The bipartisan infrastructure bill that the Senate passed this week includes $65 billion for broadband. The bill’s future in the House is unclear. House Speaker Nancy Pelosi, D-Calif., says the House won’t act on the bill until the Senate passes a larger, $3.5 trillion reconciliation package.

Republicans on the Senate Ag Committee are demanding Chairwoman Debbie Stabenow, D-Mich., hold hearings on how to spend the $135 billion in ag and child nutrition funding Democrats plan to include in their $3.5 trillion bill.

“We believe these hearings should be broad-based and include producers and rural community leaders from across the country, similar to what our committee has done in the past as we draft Farm Bills. The spending of $135 billion of the taxpayers’ money should be informed by those we represent, and not solely by interest groups with Washington offices and lobbyists,” the GOP senators say in a letter to Stabenow.

Keep in mind: Stabenow said this week that Democrats won’t be consulting GOP committee members on the funding since Republicans won’t support the larger bill.

The Biden administration still has a way to go before finalizing its strategy for using agriculture to address climate change. Bill Hohenstein, director of USDA's Office of Energy and Environmental Policy, said at the Soil Health Institute’s virtual annual meeting Thursday that the department continues gathering input and reviewing comments on how it should respond to President Joe Biden’s climate change executive order.

The department released a 90-day progress report in May that said the department’s approach would be “multi-pronged and centered on voluntary incentives that benefit producers and landowners.”

“We don't have all the answers,” Hohenstein said. “Stay tuned and pay attention because we're going to continue to solicit input. We definitely want to hear from the technical community and the scientific community.”

By the way: The National Cattlemen’s Beef Association announced a goal Thursday to make beef cattle production climate neutral by 2040.

But the groups say ARS needs to turn that into a universal ag data repository that would include research on ecosystem services monitoring and historic datasets — including those from conservation districts — as well as academic research conducted outside USDA.

China may not be buying new crop soybeans from the U.S. at the same pace as last year, but the Chinese are still making hefty purchases, according to the latest USDA trade data. China bought 328,000 metric tons of U.S. soybeans for 2021-22 delivery during the week of July 30 through Aug. 5, and those purchases have continued this week.

Global wheat consumption is expected to dip, but supplies are also tightening thanks to lower production in Russia, the U.S. and Canada for the 2021-22 marketing year, according to multiple USDA reports released Thursday. Tighter supplies mean a decrease in exports but also higher prices for wheat around the world. In the U.S., prices rose this month for all classes.

Global wheat trade is forecast to drop by 5.8 million metric tons in 2021-22, down to 198.2 million tons, according to USDA’s latest World Agricultural Supply and Demand Estimates.

Take note: Drought in the northern Plains and western Canada is expected to reduce durum wheat production and stunt exports. That will likely give Mexico and the European Union – both of which are forecast to increase production – new opportunities to expand their market share in importing countries, according to USDA’s Foreign Agricultural Service. 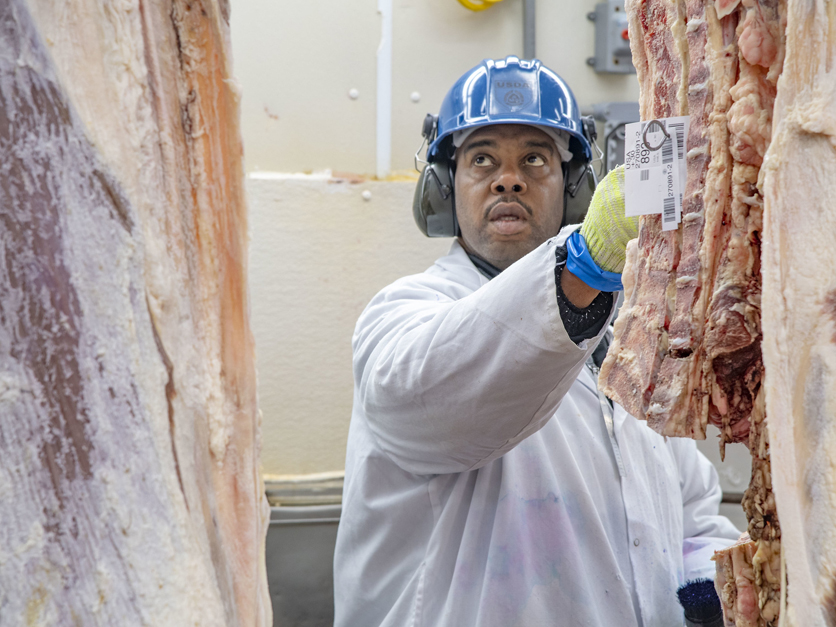 USDA’s process for determining how to invest $500 million in expanded processing capacity is underway as government officials gathered feedback from industry trade associations on Thursday.

Ag Secretary Tom Vilsack initially announced the fund in July and said it would require industry feedback to determine how to spend it. USDA heard from a handful of producer groups Thursday on how the money could be best targeted.

Tanner Beymer, who represented the National Cattlemen’s Beef Association on the call, said many speakers “reiterated different parts of the same message, which is that we need some sort of a financing mechanism for more processing capacity.”

He said NCBA is pushing for something similar to the business and industry loans at USDA’s Rural Development office.

By the way: It’s not clear whether USDA funding will prioritize new plants or expansion of existing facilities.

Kansas City Southern’s board of directors has turned down Canadian Pacific Railway’s latest merger proposal as inferior to an earlier, $33.6 billion offer from Canadian National.

The KCS board is recommending KCS shareholders vote in favor of the“pro-competitive, end-to-end merger” with CN.

She said it. “Expanding access to broadband internet and adoption of digital skills are concrete steps we can take now to drive more equitable access to opportunity across the country.” – Jennifer Sirangelo, president and CEO of National 4-H Council.