The agriculture portion of the $3.5 trillion spending package that Democrats are putting tougher is still a work in progress. In addition to $28 billion in conservation spending that still needs to be added to the legislation, there also will be some new farm debt relief.

“It’s going to be in there," Senate Agriculture Chairwoman Debbie Stabenow, D-Mich., said of debt relief. "We are definitely going to have something that addresses the concerns, that helps people.” She didn’t provide any details.

The debt relief funding could replace the debt forgiveness program for minority farmers that Congress passed in March. Federal judges have blocked USDA from carrying out that program.

By the way: The top Republican on the Senate Ag Committee, Sen. John Boozman, said Tuesday he thinks it’s going to be harder to pass the next farm bill because of the partisan process used to get the agriculture funding in the Democratic legislation.

During a webinar sponsored by Agri-Pulse and Elanco Animal Health, Boozman said Tuesday that Democrats have “selected their winners and losers when it comes to climate policy” and agriculture.

A Democrat on the House Ways and Means Committee says he’s working with industry to fix a proposed new tax credit for sustainable aviation fuel. The provision is included in a package of green energy incentives that are to be added to Democrats’ $3.5 trillion budget reconciliation bill.

But ag and biofuel groups say the provision is written in a way that would exclude most U.S.-produced farm commodities. Rep. Brad Schneider, D-Ill., told colleagues he’s “actively working” with the biofuels industry and others to revise the language.

For more on the issue, check out our weekly Agri-Pulse newsletter today. 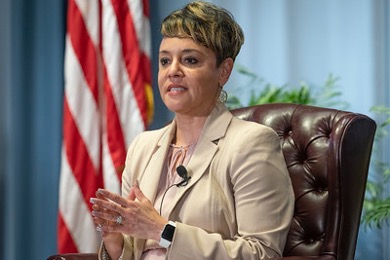 Top agricultural officials from around the world are getting ready for the next week’s United Nations Food Systems Summit. The meeting is the culmination of an effort to accelerate progress toward meeting sustainable development goals, including ending hunger.

Deputy Agriculture Secretary Jewel Bronaugh said Tuesday that stakeholders must move swiftly to end hunger while addressing the sustainability of the planet.

“The Food Systems Summit provides a valuable opportunity to bring stakeholders together and catalyze action to end global hunger and ensure inclusive and equitable access to safe and affordable food,” Bronaugh said Tuesday during the webinar sponsored by Agri-Pulse and Elanco.

Agnes Kalibata, the United Nations special envoy to the summit, said that governments and members of the private sector need to work together to come up with solutions.

“It's one thing to encourage the private sector and we should and must encourage them by putting the right policies in place,” she said. "But we also need to follow up to ensure that they are doing the right thing by people and by the environment.”

By the way: Bronaugh said the U.S. is forming an action coalition focused on productivity growth for food security and resource conservation.

Supermarket prices rose 0.3% in August, the smallest increase since March. But grocery prices are still up 3% over the past 12 months, according to the monthly Consumer Price Index.

The index for meats, poultry, fish, and eggs rose 0.7 percent in August, with retail beef prices leading the way with a 1.7% increase.

The Consumer Price Index has risen 5.3% over the past 12 months, driven in large part by higher energy costs.

The Big Four meatpackers have failed to convince a federal judge to dismiss a class-action, antitrust lawsuit.

No written opinion was immediately available. But the producer group R-CALF said that U.S. District Judge John R. Tunheim ruled that R-CALF and other plaintiffs “have plausibly pled that defendants conspired to suppress the price of fed cattle and increase the price of beef."

As a result of the order, the case will now proceed to discovery.

It’s not just packers and ranchers who benefit from expanding U.S. beef and pork exports. Trade increases also boost earnings for corn farmers and processors, according to the National Corn Growers Association and the U.S. Meat Export Federation.

A recent USMEF analysis shows that about 531 million bushels of corn and 3 million tons of distillers grains were used to produce the beef and pork that were exported in 2020. 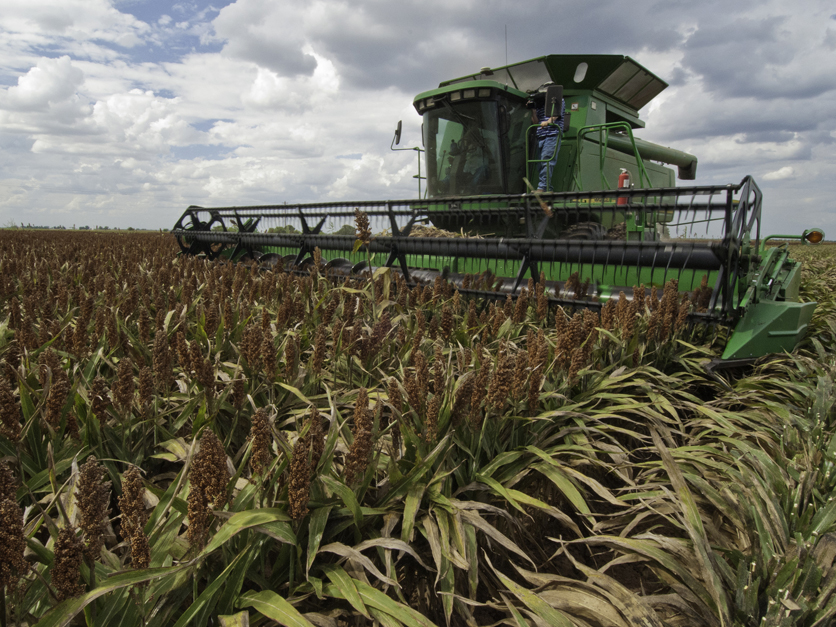 The Salk Institute and the Donald Danforth Plant Science Center are teaming up to unlock the carbon benefits of sorghum.

Researchers at the Salk Institute’s Harnessing Plants Initiative are collaborating with Nadia Shakoor, principal investigator and senior research scientist at the Danforth center, on a five-year, $6.2 million effort to develop sorghum plants that can better capture and store carbon.

“We believe sorghum can be optimized to potentially capture and store more carbon and, combined with its inherent traits such as drought tolerance, make a positive contribution to both food security resiliency and the mitigation of negative climate impact,” Shakoor said.

USDA estimates that farmers planted 7.3 million acres of sorghum this year, a 24% increase from last year.

He said it: “This is a little-known fact. After I eat, I sneeze often. All the males in my family do it.” – Senate Majority Leader Chuck Schumer, after he sneezed while explaining the Senate legislative agenda after the Democratic Caucus lunches Tuesday.