It can be costly and time-consuming for ranchers to keep their cattle inside the pasture using just traditional and electric fencing, but researchers are looking into a possible virtual solution.

The “fence” isn’t actually a physical fence at all. Instead, it comes in the shape of collars — called “cattle riders” by Vence, one of the start-ups that produces the technology — that hang on the necks of cattle and use GPS and cellular capabilities to warn the cattle when they get too close to a boundary set by the producer.

The collars communicate a cow’s location to a nearby base station, which then uploads the cow’s coordinates to the cloud and into an app. Producers can use the app to draw the fence’s perimeter wherever they want.

“We provide the flexibility to bring in a lot of different grazing ideas that you can autonomously adapt to,” Josh Zimmerman, Vence’s director of business development, told Agri-Pulse. “You can pivot on the fly, so to speak.”

The technology allows ranchers to digitally track their herds and rotate them through certain areas of the pasture. It’s being eyed by researchers and federal agencies as a potential way to practice more effective rotational grazing, improve water quality by keeping cattle from overusing riparian areas, and eliminate physical fence boundaries that are a hindrance to local wildlife.

Paul Meiman, an associate professor and extension specialist at the University of Nevada, Reno, sees a lot of potential for virtual fencing on the large, sprawling pastures of western states. Once the physical fences, which cover miles and miles of land, are erected, they can’t be easily moved.

“Once you make the investment, money and time and you build that fence, it's in one location and it stays in that location,” Meiman said. “The virtual fences are dynamic — you've got a lot more flexibility in managing the distribution of animals across a landscape if you can move the boundaries.” 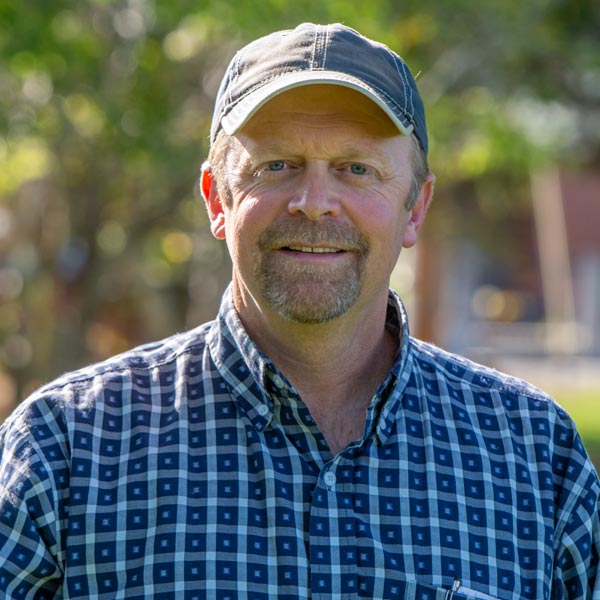 Meiman is part of a team of researchers at the university that — with funding from several agencies including the U.S. Fish and Wildlife Service — has been studying the potential uses for virtual fencing. They’ve been corralling cattle into an area at varying densities and have noticed that the fence seems to work equally well in all of their tests. Additionally, he believes that the cattle would stay in those areas long enough to eat down to four to six inches of stubble.

“There wasn't an obvious relationship between increasing stock density and fence effectiveness,” he said.

In order for virtual fencing to be effective, cattle need to be trained to understand where the boundaries are. Vence has been working with the producers and universities to train the livestock to respond to the collars on their devices.

For a one- or two-week period, the cattle are equipped with collars and kept inside a traditionally fenced enclosure, and the virtual boundary is set along the fence line. When cattle approach it, they hear a beep and, if they move closer, they get a shock.

Then the cattle are moved to an area with no real fence and are just exposed to the audio and electric stimulation.

During this training period, the cattle learn that when they hear the beep, they should turn around. Meiman said cattle consistently respond to just the audio alone; even if one or two head leave, the rest of the herd stays in.

“These are more porous boundaries,” he said. “They're not a hard and fast thing. If an animal or a small number of animals get out but the rest of the herd is still inside, the herd is enough of a draw to pull those animals back in.”

The shock the cattle receive is less than that of a traditional electric fence, and if an animal does get out, it will not continue to be shocked, according to Ryan Reuter, a professor of animal and food sciences at Oklahoma State University.

Oklahoma State has around 80 cows currently equipped with collars. Reuter said most of them respond to the training.

“There are a few animals that don't, and so we have to work with training those animals or potentially removing them from the herd so that they're not exposed to the collar too much,” he said.

With an $800,000 grant from the EPA, Oklahoma State has been studying how the technology can be used to improve water quality. Kevin Wagner, director of the Oklahoma Water Resources Center, said overgrazing in riparian areas can negatively impact water quality.

However, he also said landowners with large ranches typically don't want to build a fence along a stream to close off those areas to cattle.

“You don't have to worry about building a fence and then getting washed out by a big flood event,” Wagner told Agri-Pulse. “And if you need to provide cattle access to water for certain periods of time, you can change the fence as conditions change in your pasture.” 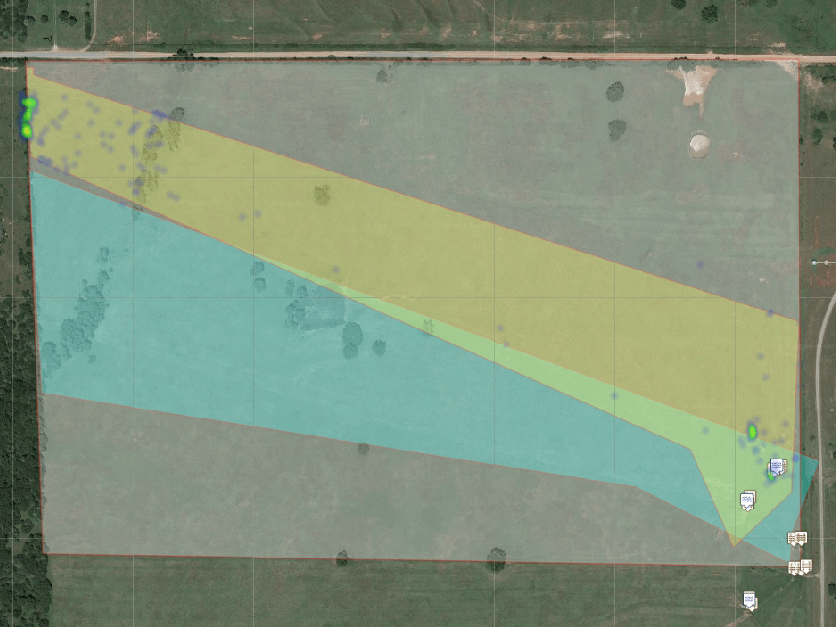 According to Wagner, the impact of cattle on riparian areas can be a particularly big issue for the 155 million acres of public lands where grazing is allowed in the West. The Bureau of Land Management and the U.S. Forest Service have become increasingly aware of water quality issues on these lands.

Rather than having producers buy the collars, Vence operates off an annual service charge — $35 per cow per year. The company provides support and maintenance for the technology.

In addition, producers pay to erect base stations, which can range from $7,000 to $12,000. However, these are one-time installations and the stations are entirely owned by the producers.

Colin Tobin, a research animal scientist at North Dakota State University, said from what he's seen, virtual fencing is being adopted at a slow rate because the technology is still being developed and currently comes at a fairly high cost. He believes prices may decrease in the next few years as the technology improves and more companies enter the marketplace.

However, some producers, like Jorgensen Land and Cattle in South Dakota, are already testing and integrating virtual fencing into their operations.

Zimmerman, the director of business development for Vence, said despite the product just getting started commercially, it has seen quite a bit of interest from producers. He says Vence has applied for conservation innovation grants through USDA's Natural Resources Conservation Service with the goal of getting the product eligible for the Environmental Quality Incentives Program. Producers can get EQIP grants to offset the cost of equipment.

Aside from Vence, other companies developing virtual fencing technology include Gallagher and the U.K.-based Nofence.

Meiman said aside from a few problems with collars breaking or falling off the cattle, the technology has been effective. He doesn’t believe that it will completely eliminate the need for traditional fencing, but he does see it as an appealing alternative for producers.

“I think there’s a lot of potential,” he said. “It's probably best viewed as another tool for the toolbox — not the answer, the silver bullet or 'the tool.' ... All the things that we have to use for grazing management already, we'd have those still and hopefully an additional one.”