Time is running short as parties dependent on Colorado River water negotiate over the future of water diversions with a deepening megadrought. During a House Natural Resources subcommittee hearing last week, lawmakers praised the work of Southern California cities in shoring up local water supplies. Farm leaders said other urban districts should follow their lead rather than buying up more agricultural water.

“What we have is a water imbalance, a math problem,” said Anne Castle, a senior fellow on natural resources, energy and the environment at the University of Colorado. “We need a plan that shares the burden of these reduced supplies but does it in a way that promotes equity among the states, between the upper basin and the lower basin, among the various sectors of the economy, including the agriculture sector.”

Castle emphasized the “need for speed,” owing to the water levels at Lake Powell dropping more than 50 feet last year—a loss of more than four million acre-feet of water. Another year like that would drop the levels below the hydropower turbines in Glen Canyon Dam, well before a new long-term drought plan would take effect in 2026.

“It's just not clear that the river will allow the current pace of discussions to continue without devastating consequences,” she said.

Challenging hydrology and federal directives have spurred agreements in the past, but so far the Interior Department has not set any deadlines or established a default drought plan if the collaborative agreement effort falls through, explained Castle.

The consequences of a difficult hydrology have already hit Arizona farmers.

Tom Davis, president of the Agribusiness & Water Council of Arizona, explained how a shortage declaration for Lake Mead will lead to an 18% reduction in annual diversions for the state and impact farmers. Some irrigation districts will see a 70% cut to water supplies in 2022 and a complete shutoff the following year. This will lead to significant fallowing and reduced power generation, translating to double-digit increases in electric rates and brownouts during heavy use, he said. 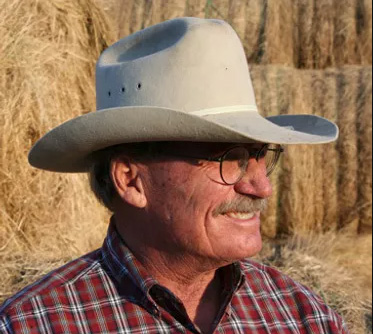 Davis and his colleagues are working with agricultural water users throughout the upper and lower Colorado River basins on a policy paper recommending a set of outcomes to achieve with the river compact. River diversions support a $3.4 billion agricultural economy in Arizona, which includes 97% of the nation’s leafy green vegetable production in winter months.

He said farmers have increasingly improved their water use efficiency and the rate of water diverted to farms has decreased 15% since 1990 and nearly 18% since 1975.

“We farmers and ranchers would love to invest big piles of money in much more refined conservation application techniques,” said Oregon Republican Rep. Cliff Bentz. “But without the certainty of having the water, why would we ever do it?”

Pat O’Toole, who serves on the board of the Family Farm Alliance, which represents members in 17 Western states, agreed, adding that farmers need certainty.

“The inability to have sufficient predictability is death,” said O’Toole. “I wish bankers cared about climate and conservation. But they care about getting paid back, and they get paid back because a farmer has the predictability of the water supply.”

Bentz referenced the infamous farmland buyouts a century ago that propelled the growth of Los Angeles, and he worried the same could happen for the Colorado River. O’Toole noted how he has seen developers purchase water rights in the upper headwaters of the river, where he manages a family ranch. O’Toole described how Pat Mulroy, the former head of the Southern Nevada Water Authority who fought hard to maintain a water supply for Las Vegas, recognized that city, along with LA, Denver and Phoenix, are no longer sustainable.

“What that means is the only water for growth that's left is ag,” said O’Toole. “We're the reservoir for growth.”

Davis added that he has seen hedge fund managers purchase agricultural water along the river to transfer to rapidly growing cities.

“Even if all the agricultural water is moved to cities, eventually that growth will outstrip the water,” he said. “If there's a silver lining to this drought, it's requiring us all—ag and city users—to take a look at how we use our water and become much more efficient.”

Davis said the state has been looking into alternatives to surface water, ranging from reclaiming and cleaning contaminated groundwater supplies to importing desalinated water from the Sea of Cortez.

“Although that takes time and planning, and this drought bites a little harder every year,” he said. “So immediate results are needed.”

Taylor Hawes, Colorado River Program Director, The Nature Conservancy, noted that farmers and ranchers often lack the resources to try new conservation measures and that “locally adaptive solutions” are needed because agriculture is not uniform across the Basin. He called on the federal government to offer new ways of reducing water use while supporting agricultural production and the long-term viability of the West’s agricultural economy.

On the urban conservation side, the Metropolitan Water District of Southern California has partnered with the Southern Nevada Water Authority to develop the nation’s largest recycled water project, adding 150 million gallons per day of new local water supply, according to the district’s general manager, Adel Hagekhalil.

“That's a big deal,” said the House Natural Resources subcommittee’s chair, Jared Huffman of California. “That is a lot more water than some of the large new surface storage projects that we sometimes fight about in this committee.”