Farmers are having problems getting their products to international buyers, costing them sales and lost profits and threatening to sever precious relationships with foreign customers.

Whether it’s a container of milk powder, chicken, almonds, walnuts or oranges, shipments are getting stuck in warehouses or sitting at ports for extended periods of time when they should be cruising to buyers in places like Jakarta, Tokyo or Seoul. And it’s not just the added expense that has farmers and shippers upset — it’s also the fear that overseas frustration will lead foreign buyers to look elsewhere for more reliable supplies.

“It is at a boiling point,” says Sara Arsenault, director for federal policy at the California Farm Bureau Federation, who stressed that almond and citrus farmers are going to extraordinary lengths to get their crops in containers and on vessels.

“Companies here in the United States are truly having a very difficult time maintaining customers, and it is clear that overseas customers are putting the U.S. on notice about future business, and that if we don’t correct the supply chain issues here, you’re going to see lower demand for U.S. products,” said U.S. Dairy Export Council Executive Vice President Jaime Castaneda. “This is international customers telling U.S. companies that they have to do something about the supply chain, otherwise they’re going to have to go with someone else.” 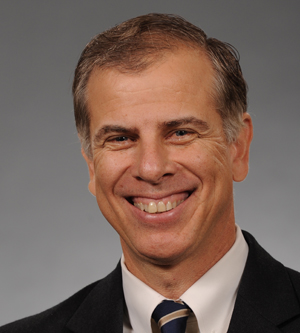 Jaime Castaneda, USDEC USDEC is keeping a log of complaints from members and shared some with Agri-Pulse, although company names were withheld out of concern for retaliation by shippers.

In one case, an American dairy exporter complained of losing Chinese contracts to New Zealand suppliers because “shipping from New Zealand is more reliable than from the United States.”

In another case, an exporter said a shipment of anhydrous milk fat to Malaysia was delayed for five months, spurring the customer to go elsewhere and pay more for the product.

Another exasperated exporter said, “We have a shipment of product on the West Coast that has been rolled so many times it ended up booked to go on the next voyage of original vessel it was booked on weeks ago. So, the boat has circumnavigated Asia and come back to get its original cargo. Unbelievable.”

“For some of our members down in the Central Valley, they’re having to drive their export items out to either Oakland or Long Beach and they just can’t get any clarity around a time to export product,” she said.

One member, she noted, was forced to make 12 separate trips to the port before a shipment could be loaded.

“Some members get less than 24 hours’ notice to come load their goods, which is just not enough time.”

The backlog of ships waiting to get into ports and the phenomenon of ships unloading Chinese goods and then returning with empty containers is the most prominent at Los Angeles and Long Beach in California, but the situation at the Port of Savannah is also bad and it's hurting U.S. chicken exporters, says Jim Sumner, president of the U.S. Poultry and Egg Export Council.

“We polled our members and found that between 10-and-20% of our exports are being limited by the port situations,” said Sumner, who stressed that Savannah is the largest U.S. port for poultry shipments. “It’s a combination of many factors. It’s a perfect storm. Of course, the ships are charging astronomical rates and by the time some of our goods get to their destinations, they’re beyond affordability levels.”

Chinese exporters are paying to have carriers return containers empty to cut the time it takes to get their goods to the U.S. — a tactic that is enraging U.S. ag exporters who need to get their rice, dairy, tree nuts, pork and poultry to Asian buyers — but another factor is that companies like Home Depot and Walmart just can’t get their imported goods out of the ports fast enough to make room for outgoing poultry, said Sumner.

That’s an issue already being addressed by the Biden administration, which earlier this month announced agreements with ports, dockworkers, railroads, trucking companies, labor unions and retailers to increase hours of operation to ease distribution bottlenecks.

But the Biden administration is still focused primarily on supply chain jams that are delaying the availability of imported goods and not on the ability of U.S. producers to get their products overseas, says Arsenault.

“That’s the big thing,” she said. “We’re all focused on saving Christmas and we’re forgetting about the huge issue of exporting American goods and ag products specifically.”

It’s one of the reasons she arrived in Washington Monday. Arsenault is helping lead a fly-in of members who will be meeting with more than a dozen lawmakers this week. The difficulties at the ports will be a topic in most of those discussions, she said.

But Congress has gotten the message. The House Agriculture Committee is convening Wednesday for a hearing entitled “The Immediate Challenges to our Nation’s Food Supply Chain.” Jon Schwalls, executive officer of Southern Valley Fruit and Vegetable; Ed Cinco, director of purchasing for Schwebel’s Baking Company; George Ferrara, president and CEO of the National Grocers Association; Mike Durkin, president and CEO of Leprino Foods Company; Rod Wells, chief supply chain officer for GROWMARK, and Jon Samson, executive director of the Agricultural & Food Transporters Conference of the American Trucking Association, will all be testifying on different challenges to the supply chain.

But Arsenault says she and others are putting a lot of hope in legislation unveiled this summer by Reps. John Garamendi, D-Calif., and Dusty Johnson, R-S.D. The bill, the Ocean Shipping Reform Act of 2021. The bill would stop shipping companies from blocking the ability of U.S. exporters to get their commodities on vessels as well as protect against excessive port fees.

Arsenault says she’s hopeful that the bill will get a markup this year, and a Garamendi spokesperson said that’s possible. Garamendi’s office is talking to several senators about a companion bill on the other side of Capitol Hill, and a markup could happen as soon as November or December, the aide said.

The International Dairy Foods Association is also a big supporter of the bill by Garamendi and Johnson.

“Our supply chain is hurting and it’s going to take an all-hands-on-deck approach to fix it,” said IDFA President and CEO Michael Dykes in a statement provided to Agri-Pulse. “At any given moment in recent weeks, between 70 to 90 cargo ships were anchored outside the ports of Los Angeles and Long Beach waiting to unload thousands of containers, and yet two-thirds of those containers will go back empty to Asia and other lucrative markets. Right now, the United States is unable to fulfill 22% of agricultural foreign sales due to a host of issues while prices for everything from semiconductors to salt continue to rise.”