Newsom administration officials are heading this week to Glasgow, Scotland, for the United Nations Climate Change Conference, known as COP26.

While California is the world’s fifth largest economy, it is not a country and will not participate in the policy negotiations at the center of the conference. The focus will instead be on side events and meetings with delegates, as state officials share the nuts and bolts of implementing a $1.1 billion sustainable agriculture package over the next two years, along with a $15 billion climate package.

“It blows people's minds that we have tens of millions of dollars actually going into these practices for natural and working lands,” said Natural Resources Secretary Wade Crowfoot in describing the incentives grants to reporters last week.

He countered the stereotype that California is arrogant for its size and argued the conference will be an opportunity to bring ideas back to the state as well.

Jared Blumenfeld, secretary of the California Environmental Protection Agency, said the administration will be focused on “highlighting the power of collaboration” with other subnational jurisdictions. He explained that the conference traditionally focused exclusively on sovereign nations like the U.S. and United Kingdom, but that has changed thanks to the work of Gov. Gavin Newsom’s climate advisor, Lauren Sanchez, and others who worked on the 2016 Paris Climate Accords.

“President Biden came out with our top-level goal of reducing emissions. It's up to us to help implement that at the subnational level,” said Blumenfeld. “Because, as we can see around the world, nations often aren’t the first to act, aren’t the quickest to act, and California has really been a leader in that.”

Crowfoot added that reaching the UN’s ambitious climate targets must be demonstrated at the state and city level.

Sanchez expected 140 heads of state to attend the conference, though Blumenfeld acknowledged “it's not a very coherent or well-organized” event for interacting with those delegates or the thousands of other officials descending on the city. 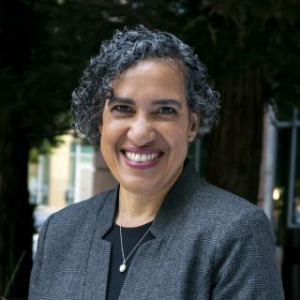 One of the top priorities in those interactions for the administration will be elevating the role of nature-based solutions. The state’s investment in climate-smart agriculture has helped to reduce greenhouse gas emissions from farms and ranches while drawing down carbon into soils, according to CDFA Secretary Karen Ross, in espousing the benefits of the administration’s incentives grants for healthy soils, irrigation efficiency, nutrient management and methane reduction in the livestock sector.

“We're taking huge steps to reduce methane emissions from the solid waste sector,” he said. “Looking at how we reduce methane and other super pollutants really is our best bet for slowing warming in the near term.”

Ross said the rapidly growing world population requires climate resiliency to maintain the food supply for years to come “and not take away from future generations’ ability to continue to be food producers” and to meet food security needs.

“How do we scale up these proven practices and technologies that are still appropriate?” she asked. “How do we make more happen faster, so that every acre can be under these kinds of practices?”

Ross will also be pushing for ways to bolster research to keep new ideas coming out of the pipeline and applied to the land.

Crowfoot plans to highlight nature-based solutions as well during his speaking engagements and discussions.

“That's really a missing piece of the climate movement,” he said. “We talk a lot about technology, renewable energy, electrification of vehicles, building decarbonization. That's all important, but we have to help nature help us actually combat climate change.”

Crowfoot will lift up the governor’s 30x30 commitment for preserving 30% of the state’s land and coastal waters by 2030 and the agency’s draft Natural and Working Lands Climate Smart Strategy.

The top priority for the secretary, as well as Blumenfeld and Air Resources Board Chair Liane Randolph, is to promote California’s work in phasing out fossil fuels, since “very few [countries] have actually talked publicly about stopping the extraction of fossil fuels,” said Crowfoot. The officials emphasized the need to ensure that low-income communities and communities of color see the benefits first from the transition to zero-emission vehicles.

Randolph explained that this particularly pertains to medium- and heavy-duty trucks and impacts communities close to ports and corridors for goods movement. Board member Dean Florez will also attend the conference.

Crowfoot’s third objective in Glasgow is to bring more attention to climate resilience.

“Historically, in this Conference of Parties, there's been almost a singular focus on climate mitigation,” he said. “There hasn't been enough discussion around climate adaptation.”

This includes “a heavy focus on water” as California and other regions face a “shifting pendulum” between extreme floods and droughts with increasing climate change.

Days after announcing the administration’s plans for participating in the conference, Newsom dropped out from attending, citing family obligations. In his place will be Lieutenant Governor Eleni Kounalakis, an elected official not within the governor’s administration. Kounalakis, who proudly calls herself “a farm girl,” chairs the governor’s trade committee and served as the U.S. ambassador to Hungary under the Obama administration.